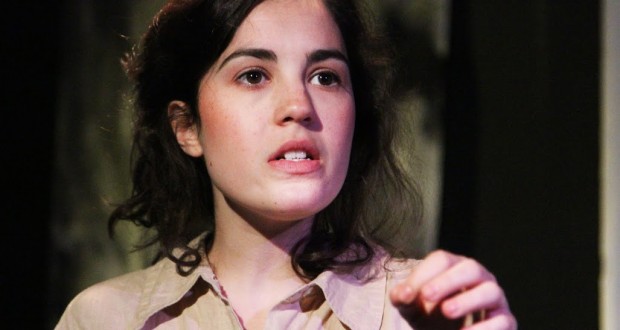 Cons: The simplistic approach and Shakespearian language made for quite lengthy viewing.
The Two Noble Kinsmen, White Bear Theatre – Review

Pros: A faultless cast littered with superb talent. Cons: The simplistic approach and Shakespearian language made for quite lengthy viewing. Tucked away in the quiet White Bear Theatre, Instant Classics have revived Shakespeare’s oft neglected work, The Two Noble Kinsmen. One of his lesser known plays, I must admit that I was a little dubious of the portrayal, having sat through one or two overly pretentious small productions of the bard’s work in my time. I came away from this performance, however, feeling as though I had discovered a hidden gem buried in the London Fringe scene. With some superb performances, and a simple,&hellip;

A perfect measure of comedy and misfortune, this hidden treasure is well worth a watch.

Tucked away in the quiet White Bear Theatre, Instant Classics have revived Shakespeare’s oft neglected work, The Two Noble Kinsmen. One of his lesser known plays, I must admit that I was a little dubious of the portrayal, having sat through one or two overly pretentious small productions of the bard’s work in my time. I came away from this performance, however, feeling as though I had discovered a hidden gem buried in the London Fringe scene. With some superb performances, and a simple, no nonsense approach to a very elaborate script, I would heartily recommend you take a trip to witness this unexpected brilliance.

A dark tragicomedy, the Jacobean tale explores the lives of two cousins; Arcite and Palamon. The Theban soldiers are inseparable, and vow to remain so after their capture and imprisonment by Theseus, Duke of Athens. Of course, no work of Shakespeare would be complete without a woman to feud over. Enter Emilia, who steals the hearts of both cousins, unwittingly pitting them against each other for the first time in their lives in a tale that’s destined to end in tears. Although I’m fairly sure I missed a few of the finer details, the Old English language being a little difficult to keep up with at times, it was fairly easy to follow the gist of the story. Typically Shakespearian: packed with dramatic overreactions, proclamations of friendship, love and betrayal, it’s exactly as you would expect it to be.

In this simplistic representation, it was the acting chops that really set the piece above the rest. The confident cast were flawless, and had no trouble bringing the archaic script to life, something that many seasoned actors struggle with. A particular highlight was the work of Amy Tobias, whose depiction of the Jailer’s Daughter was both touching and hilarious. She really gave a sense of modernity to her loved up character, despite the flowery language, striking the perfect balance between contemporary and traditional. Of course, I must also mention the portrayal of the two title characters, both of which were faultless. Palamon’s intense personality was brought to life wonderfully by Richard Blackman, who played off Cavan Clarke’s rather cheeky Arcite superbly. I was particularly impressed with their fight scenes. Despite the intimacy of the performance, the combats were choreographed to perfection – not an easy feat in such close quarters.

As for the staging, the Spartan set up perfectly epitomised the simple yet effective nature of the performance. A few painted black and white fabric strips adorning the walls showed that there was no need for any fancy distractions in this production, as the content really spoke for itself. My one gripe in terms of this simplicity was the fact that, with next to nothing in terms of scene changes and visual stage props, the performance did feel a bit lengthy. As well as this, the few props that were used were a little confusing. The costumes didn’t really seem to fit any particular time period, which at first seemed quite neutral, but then a few discrepancies, such as the appearance of a walkie talkie in the second act, really threw me! Chock it up to a small budget production, but due to the sparseness of the staging, things like the doctor inadvertently producing a couple of ‘Pukka’ teabags from her pocket were really noticeable, and I felt that the performance would have benefited from a little more consistency in this respect. This wasn’t nearly enough to put me off, however, and overall, I wholeheartedly enjoyed this wonderful production. Instant Classics is certainly on to a winner here!