Home » Features and Interviews » I think you should be listened to, but…… 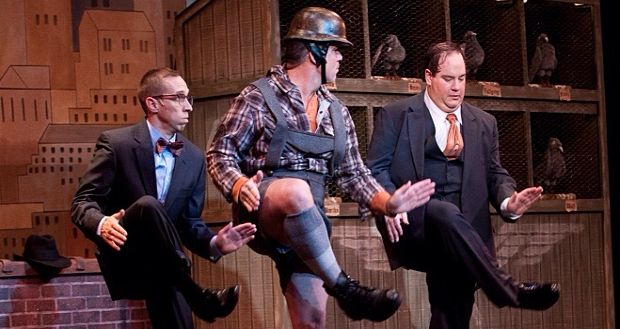 I think you should be listened to, but……

We’re less than a week from the 2015 General Election, and if you’re anything like me, you’re probably wishing that politicians would stop bothering everyone with their grandiose promises and grammatically incorrect flyers and go back to arguing amongst themselves. Because, let’s be honest, many of them are weird. They have too many kitchens, can’t remember which football team they support and none of them seem to know what real people are actually like. But now imagine what the election would be like if your views were so unlike everyone else’s that no party even came close to representing them. If, for example, UKIP was a bit left wing for you. In other words, if you were ‘an extremist’.

Extremism is an ideology that’s so different from the regular, mainstream views of a society that’s it’s often viewed as dangerous or morally wrong by others. Extremists can be a threat to society when they’re prepared to defend their ideals with violence, although saying someone is an extremist can also simply mean their views are distinctly at odds with the existing norms. While it might sound like a very modern buzzword, in line with other hot ‘isms’ like terrorism, extremism is a very old phenomenon. After all, there have always been norms and there have always been people who challenge them. It’s not surprising then, that theatre has a history of talking about extremism, both political and religious.

Take Sophocles’ tragedy Antigone, probably written around 441 BC. Antigone is a woman from Thebes whose two brothers, Eteocles and Polynices, died during the civil war. Her uncle Creon, the new ruler of the city, decides to honour Eteocles, who was in the winning camp. Polynices’ body, however, is left out for the vultures, as punishment for his allegiance to ‘the wrong side’. Anyone trying to bury him will face execution. But Antigone, concerned for Polynices’ afterlife, decides to defy Creon and bury her brother’s body anyway. The play makes it clear that, while we often think of extremists as fanatical weirdos, the definition really depends on who does the defining. Antigone is ridiculously stubborn, and carelessly risks her life, but also evokes great sympathy. Creon, meanwhile, is equally uncompromising, and condemns his niece to death without hesitation. So who’s the extremist in this scenario?

Glen is definitely an extremist, so what does that make me?

There are more current examples too, of plays that question what an extremist really is. 2012 saw several controversial productions of Manifesto 2083, a play based on the document published by anti-Muslim extremist Anders Breivik before he went on the killing spree that left 77 dead. The theatre-makers said they wanted to understand his thinking, to help make sure that nothing like it could ever happen again. Opponents of the play accused them of creating a bigger audience for Breivik’s ideas. Chris Thorpe also walked the thin line between understanding and sympathising in his show Confirmation, which played at Battersea Arts Centre last year. In it he related his encounters with Glen, an English Nazi. While at first glance it’s hard to imagine anyone topping the Nazis in the extremism charts, over the course of the show it turned out that there were plenty of similarities between Glen and Chris. And, as I discovered, between Glen and myself, too. But Glen is definitely an extremist, so what does that make me?

Of course, not all theatre makers present us with these difficult questions when they talk about extremism. Sometimes, like director Nawar Bulbul, they choose to show us the (equally difficult) consequences. Earlier this month, for example, a very special performance of Romeo and Juliet took place, across two cities: Amman in Jordan and Homs in Syria. Romeo was played by a young refugee, currently staying in a camp in the relative safety of Jordan. The part of Juliet was played by a girl still stuck in the war zone. He was walking with crutches, because in the bombing of his home that killed his mother and sisters, his leg had been crushed. She had to remain masked to protect her identity from the Assad regime. An unstable Skype connection, regularly failing because of the bombings and the subsequent power cuts, was all that linked them. While the original ending was changed to have the two teenagers survive their ordeals in the play, the circumstances of the performance were a sharp reminder of how people’s lives can be changed when extremist views are defended at gunpoint. Although in their case, it is not their their families, who are the cause of the trouble.

Satire, the ultimate tool for taking on both the establishment and the outsider.

If it’s all getting a bit heavy, fortunately theatre has also found a more light-hearted way to discuss extremism: satire, the ultimate tool for taking on both the establishment and the outsider. And what better example could there be in this case than The Producers, the Mel Brooks film that was turned into a hit musical in 2001. Its biting jokes are largely focused on two incompetent but ambitious Broadway producers who decide to put on a sure-fire flop and get rich off the insurance pay out, when they close the show. But extremist politics get a good kicking in the process, since the guaranteed box office disaster they bet on is Springtime for Hitler: A Gay Romp with Adolf and Eva at Berchtesgaden, a ‘musical love letter’ to Hitler, written by an insane ex-Nazi. Instead of telling you more, I’ll just leave you to contemplate these lyrics from the opening song:

Theatre has always been good at showing points of view beyond the mainstream and helping us sympathise with people we might otherwise find difficult to understand. In dealing with extremism this is a quality that has to be exercised with caution, however. As Chris Thorpe says about Glen the extremist in Confirmation:

I think you should be listened to, but.
(…)
I am diluting myself, talking to you.
I am losing myself and I can’t fight if I lose myself.
If I am reasonable enough.
If I listen enough.
If I feel I am being listened to enough.
It will seduce me.
And I need to guard my own certainty now because I’ve realised it helps me defend my tolerance.

Even in theatre, understanding has its limits.