You can use WP menu builder to build menus
Home » Competitions » Win tickets to These Trees are Made of Blood! – Closed 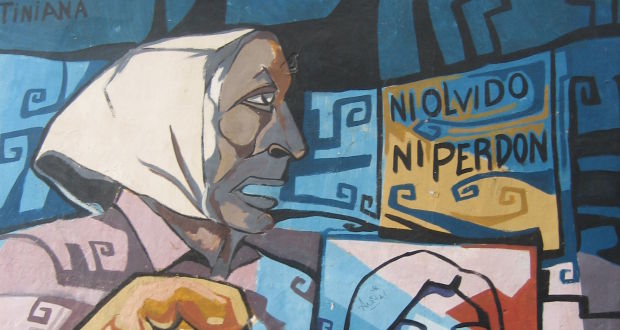 Win tickets to These Trees are Made of Blood! – Closed

Another terrific set of tickets available for you to win this week! Enter now.

We’re delighted to be able to offer you the chance to win a pair of tickets to see These Trees are Made of Blood, a powerful piece playing at the Southwark Playhouse, London. The tickets are valid for any performance from 18 March – 11 April 2015, excluding 20 March 2015 and subject to availability. Tickets are not transferable, and sadly we won’t be paying for your travel!

As always with our competitions, there are no catches – you simply complete the entry form below by 6.00pm on 6 March 2015, and you’ll be entered into our prize draw. If you’re the lucky winner you’ll hear from us a few days later. It really is that simple!

ABOUT THESE TREES ARE MADE OF BLOOD

And for our next act…
The Magical Military Junta…
Will make 30,000 people disappear before your very eyes.

During the 70s and 80s, Argentina was locked in a period of state terrorism, with a military dictatorship waging war on suspected left-wing political sympathizers. Thousands of citizens were ‘disappeared’; seized by the authorities and rarely heard from again.

Set in a timeless Buenos Aires cabaret club before, during and after Argentina’s Dirty War, These Trees are Made of Blood tells the story of one Mother’s search for her daughter. Blending original live music and exciting cabaret acts with an urgent narrative, this is a new piece of political theatre which promises to be an unforgettable audience experience.

So come on in. The club’s open all hours and history can always be rewritten after one too many.

Press on Amy Draper’s Sunday Morning at the Centre of the World (Southwark Playhouse 2011):

Tagged with: Slider Southwark Playhouse These Trees are Made of Blood