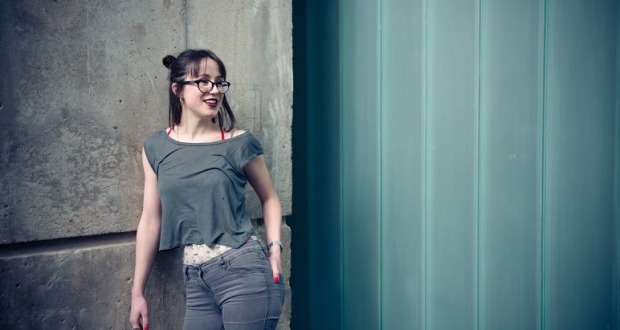 Cons:  A bit more depth to each piece would be nice, even at this early stage.
We Can See It From Here and Learning How To Die Ovalhouse Theatre – Review

&nbsp; Pros: Two interesting and varied shows.  Performances were accomplished and engaging. Cons:  A bit more depth to each piece would be nice, even at this early stage. Learning How to Die and We Can See It From Here comprise a FiRST BiTES work-in-development double bill at the Ovalhouse Theatre.  If there’s an underlying theme behind the selection it might be something along the lines of ‘learning how to live’. But what really unites the shows is the simple fact that they are short unfinished pieces, each around the half hour mark, presented to the audience for critical review. The&hellip;

These promising shows explore the cost and bravery of living life to the full. An enjoyable and relaxed night out for those up for encouraging new and developing theatre.

Learning How to Die and We Can See It From Here comprise a FiRST BiTES work-in-development double bill at the Ovalhouse Theatre.  If there’s an underlying theme behind the selection it might be something along the lines of ‘learning how to live’. But what really unites the shows is the simple fact that they are short unfinished pieces, each around the half hour mark, presented to the audience for critical review.

The first show, We Can See It From Here, is performed and directed by Abigail Butler and Bella Riza.  The title for the piece is a line from the iconic film Thelma and Louise.  The characters are given the same names as their movie counterparts but this piece places greater emphasis on Thelma’s claustrophobic marriage to Daryl and her want to escape it.  The actors first appear unfolding a tablecloth and manage to convey the unsettling excessiveness of their friendship. Behind them a video screen relays scenes from a domestic interior that features the props we see on stage: a tablecloth, a vase, some flowers and a pair of scissors.  The suspense builds nicely as we head towards a point of no return.

The video footage is of an excellent quality and doesn’t distract from what’s happening on stage.  I really enjoyed this hybrid approach to video and physical theatre, particularly its power to unsettle.  The actors’ synchronised movements and individual quirks spoke so much of their contrasting reliance on each other, but I could see very little reason for tying the piece so closely to the movie.  The characters seem worthy of their own life and journey, and this piece succeeds in creating a highly visual world on stage.

The second show, Learning How to Die, aims to jolt you into life by bringing you closer to the stark realities of death and dying.  Performer Luca Rutherford prepares you for her candid presentation by welcoming you with sweets and the offer of a hug to anyone who wants one.   She guides you through a blend of death-related stories and facts, and throughout places posters on the wall of advice on how to live freely and connect meaningfully with others.  On stage is an empty chair, where she recreates conversations with her real-life dying father, whose voice is played through an audiotape – the most potent and affecting aspect of the piece.

This piece could benefit from a little more variation in the storytelling.  I was up for a deeper experience with the stories beyond the anecdotal way they were described and reported.  And it’s worth saying that a slight reduction in the full studio lighting would have delighted the eyes no end.   Ultimately, one admires Rutherford not only  for the bravery it takes to confront an audience with controversial issues, but also her ability to offer up her perspective with a quiet and convincing conviction.  She is pleasant company and you are happy to learn what you can from her.

After each performance the audience had a brief feedback and discussion session with the creative team.  It was great hearing about the development of the pieces and I really enjoyed hearing others’ immediate reactions to the shows in a relaxed and informal manner. There’s no pressure on anyone to contribute if they simply prefer to listen.  I know many theatre-goers who prefer to encounter the full force of someone’s completed creative vision, but for those who enjoy thinking about and supporting new theatre, both of these shows offer plenty food for thought.