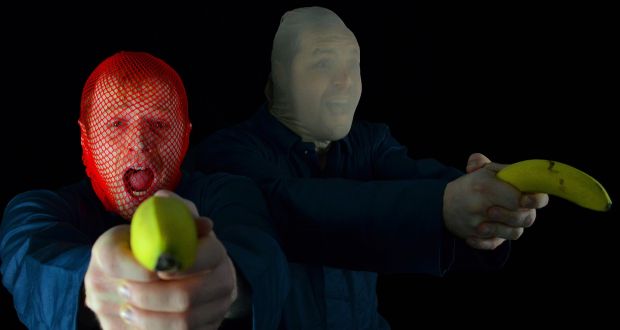 Cons: The characters are often unlikeable and can be hard to relate to.
Loaded, Jack Studio Theatre – Review

Pros: Fantastic writing and great performances with constantly shifting power dynamics. Cons: The characters are often unlikeable and can be hard to relate to. The Jack Studio Theatre in Brockley is a pub theatre known for producing innovative work and new writing. Loaded by David Brown, a one act play that has been around since 1998, still has the feel of new writing and is certainly innovative. Pete runs a garage, Mick and Hud are his employees. Carol is a firecracker who turns everything on its head whenever she drops by. The four characters’ hopelessness and desperation still rings&hellip;

The speed of the dialogues and rollercoaster relationships keep you captivated for the entire hour of this one act play.

The Jack Studio Theatre in Brockley is a pub theatre known for producing innovative work and new writing. Loaded by David Brown, a one act play that has been around since 1998, still has the feel of new writing and is certainly innovative. Pete runs a garage, Mick and Hud are his employees. Carol is a firecracker who turns everything on its head whenever she drops by. The four characters’ hopelessness and desperation still rings true as they come up with moneymaking schemes and navigate doomed relationships in a dead-end job.

The defining feature of this play is the writing. My initial thought was that the style was very similar to that of John Godber, like Bouncers but set in a garage instead of a nightclub. The language is initially snappy, blokey and bare with an undercurrent of anger, an oversexed and under-exercised caged animal. As the story develops however, the writing develops complexity. Rather than a constant barrage of rapid-fire short lines, moments of emotional intensity are surprisingly poetic or painfully truthful. My favourite line is near the end, in a moment between on-and-off couple Pete and Carol. Carol comes to the garage after ditching Pete the night before in favour of having sex for money. When Pete confronts her, her brief but brutal response is, ‘I fuck other people because they aren’t you’.

One of the best scenes in the play is the attempted shop robbery by hapless Mick and Hud. After extensive planning at work and Pete acquiring them a couple of handguns, they hilariously botch the job because of their nervousness and make off with absolutely nothing. Though both are armed, the unseen store manager and assistants manage to scare them off. Holding a gun clearly doesn’t always mean you’re in control.

All of the performances are excellent. The sole female role, Carol (Gemma Paget), has a rock hard, mouthy exterior but we soon see this is because she is completely unable to cope with the failure that is her life. The council has cut off her benefits, her boyfriend probably beats her and she resorts to prostitution to make a bit of cash. She drinks to numb the pain, but it still isn’t enough and her vulnerability eventually shows through. Pete (Andrew Murton), Mick (Nick Rogers) and Hud (Christopher Ward) all have very distinct characters that somehow manage to simultaneously clash and compliment each other. Like overgrown toddlers, the three men are inept at emotional communication, harbouring love, fear and frustration until they explode. All four roles are played with spontaneity and truth, evoking a range of emotions in the audience, from pity to disgust and everything in between. I initially found these characters difficult to relate to, but the human truths they contain eventually won me over.

The set design by Michael Bettell is highly detailed and immediately recognisable as a garage, even in a small fringe theatre. The set is accurate and concise without being cluttered and would look at home on a larger stage. Director Sean McGrath has great skill at bringing out the subtext and power struggles in the extremely masculine language. He also manages to finding touching moments of intimacy between these incredibly damaged people. Some of the scene transitions could be shorter, but they are a welcome respite from the constant dialogue.

This production is about to close, but do try to catch it when it’s revived. With luck, it will be with the same artistic team, though it deserves to have a go in a bigger theatre. Though the characters are particularly niche, this is some of the best contemporary British playwriting I’ve seen in quite some time.

Previous: The Libertine Has Left The Building, Mimetic Festival – Review
Next: Talking/Making/Taking Part at Ovalhouse – Review