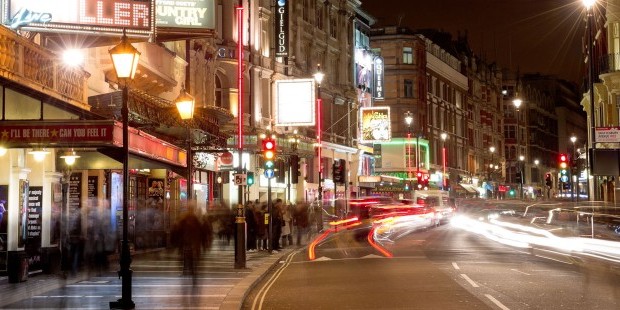 London's West End can be confusing.... Credit: Alex Brenner for The Stage

A few of our top tips for enjoying London’s spectacular theatre scene!

Having lived in London for nearly a decade, I can safely say that I have now scratched the surface of London’s theatre scene. But it’s still just a scratch; in reality I still discover new places and learn new tips on a weekly basis. So that got me thinking: if I’ve been living in the theatre capital of the world (yes, that’s right New York, back in your box) for ten years and I’m only just starting to understand it, how on earth is a visitor here for a week supposed to know what’s going on?

Well, dear reader, read on. Here are some of the slightly less obvious do’s and don’ts that should help you make the most from your time in London.

Being spontaneous is wonderful, it really is. But if you turn up in London without having at least an idea of what you are interested in then you’ll find yourself overwhelmed, confused and frankly bewildered. So do some research in advance, and select a few shows you want to try and see – then you can focus all your efforts on making sure you actually get to see them. I’d suggest Official London Theatre and OffWestEnd.com as great places to start.

London has thousands of ticket merchants. Plenty of them are not legitimate, and they will try to scam you.  So, when you buy your tickets, look for the STAR. That’s the Society of Ticketing Agents and Retailers, or as their logo says Secure Tickets from Authorised Retailers. There are plenty of them around, but the Leicester Square Box Office is one worth checking out.

A lot of London’s theatres squirrel away a secret supply of top price tickets, which they then put on sale on the morning of the performance. The catch is that you can usually only get your hands on them in person at the theatre. So grab a flask of coffee and go and queue – not only will you probably benefit from some ‘queue banter’, but you may also grab yourself an epic bargain. Do check if your theatre actually offers this before you queue though – otherwise you’ll end up queueing by yourself, for nothing. Not even the Brits do that.

If your show is sold out, you can always try your luck on the night by just turning up at the theatre to see if anybody has returned any unwanted tickets. There are no guarantees of course, but there are usually a handful of returns and resales for every performance.

They are the worst, and there’s nothing protecting you if you get to the theatre and find that your tickets are fake. They also charge more than face value, are unregulated, and generally rather nasty people. So don’t take the risk – look for the STAR.

Most shows will use multiple ticket agents. So if the first one you try is out of tickets, try another. Then there are the aforementioned early morning queues, or the possibility of returns. If you try hard enough you can usually get tickets to just about everything.

We don’t do that in the UK. If you try it then it might cause a revolution – I once saw fifty patient queuers glare passive aggressively at a barger, before very politely explaining to them where the back of the queue was. It was nerve-wracking stuff.

Most importantly it’s disruptive for your fellow theatre-goers, who have all paid for their tickets as well. But in addition, plenty of theatres have strict ‘no latecomers’ policies, and even those that do let in latecomers might make you wait for a suitable moment. So get there at least 15 minutes in advance and enjoy an overpriced drink if you get bored!

Persistent coughing, crying children, and – the worst offender – the mobile phone. No thanks. I don’t understand why I continue to hear mobile phones ringing in London’s auditoriums – turn them off! And that’s OFF, not silent because a) people can still hear vibrating phones, and b) it interferes with the sound systems.

So that’s a little summary of some of the things we’ve picked up on in our time. Take heed… Hopefully it’ll help make your trip a little bit easier!