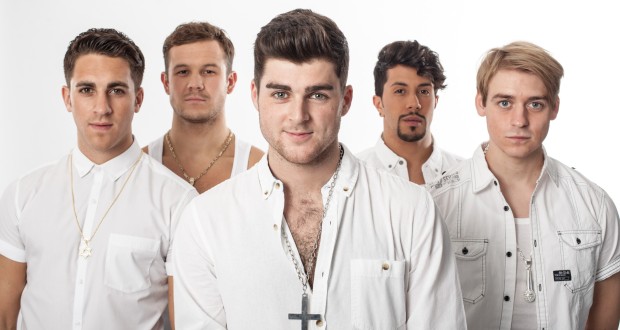 We’re giving away two tickets to an Off-Broadway transfer this week! Enter now.

This week we’re delighted to be able to offer you the chance to win a pair of tickets to see the Off-Broadway transfer of Altar Boyz at the Greenwich Theatre here in London! The tickets are valid for any performance from 3-18 October 2014, excluding the performance on 7 October 2014 and subject to availability. Naturally, you can’t transfer or exchange the tickets, and we won’t be offering a cash alternative!

As always with our competitions, there are no catches – you simply complete the entry form below by 6.00pm on 3 October  2014 and you’ll be entered into our prize draw. If you’re the lucky winner you’ll hear from us a few days later. It really is that simple!

Hallelujah! After five hilarious years and over 2000 performances Off-Broadway, Altar Boyz will make its UK Premiere in a strictly limited run of 14 performances here at Greenwich Theatre.

With their heavenly harmonies, divine dance moves, and faith that’s stronger than their hair gel, the Altar Boyz are ready to spread the good news through the glory of sweet pop music…

Get set for a foot-stomping, rafter-raising musical comedy about a fictitious boy-band on the last night of their Raise the Praise tour. The Boyz are five all-singing, all-dancing heartthrobs – Matthew, Mark, Luke, Juan and Abraham – trying to save the world one screaming fan at a time. Their pious pop act – including lyrics like Girl You Make Me Wanna Wait and Jesus Called Me On My Cell Phone – worked wonders on the bingo hall circuit, but when fate brings them to New York, will the boyz take a bite out of the forbidden apple?

Full of sharp parody, sinfully spectacular dancing and irreverent humour, Altar Boyz has been adored by audiences all over the world. With an extraordinary mix of side-splitting songs, uncontrollable laughs and light-hearted fun, this award-winning and totally original musical is 90 minutes of heavenly delight that is destined to rock the masses of all denominations!

Altar Boyz will be directed by Steven Dexter, whose credits include Loserville in the West End and the World Premiere of Stiles and Drewe’s Honk! at the Watermill Theatre, and produced by Paul Taylor-Mills Ltd, producer of In The Heights at Southwark Playhouse and Rent and Bare here at Greenwich Theatre.

Previous: Flowers of the Forest, Jermyn Street Theatre – Review
Next: One Thousand And One Nights, Rich Mix – Review