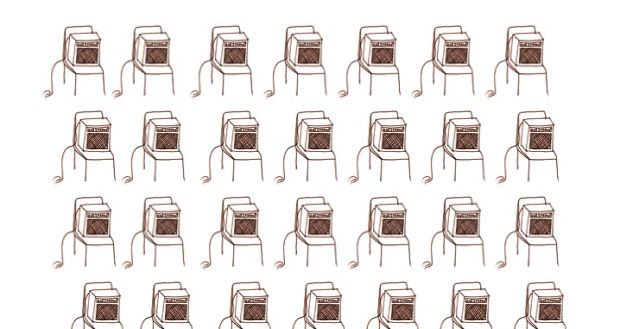 Pros: Gently humorous. Take your friends so you can laugh at each other being made to look foolish.

Pros: Gently humorous. Take your friends so you can laugh at each other being made to look foolish. Cons: Visually very dull. The gods, or the schedulers, were laughing when they sent me to see ‘When We Embraced’ at the Battersea Arts Centre. I don’t relish participation; I like to maintain a safe distance between the paid participants and myself. So a show about the audience “embracing things you […] have not admitted to out loud” made me very nervous indeed. But a transformation took place in me: by the end of the show I was actually longing for&hellip;

A lesson in the perils of talking to people, instead of with them. Unfortunately all this talk did not succeed in communicating truth, or offering insight.

The gods, or the schedulers, were laughing when they sent me to see ‘When We Embraced’ at the Battersea Arts Centre. I don’t relish participation; I like to maintain a safe distance between the paid participants and myself. So a show about the audience “embracing things you […] have not admitted to out loud” made me very nervous indeed. But a transformation took place in me: by the end of the show I was actually longing for some genuine and truthful audience participation.

The show is set in a small space. On the stage sits a wooden chair holding an amp. And nothing else. A voice comes out of the speaker and addresses the audience, telling them what they are looking at, and how they may be feeling. The voice then starts to single out members of the audience by describing their clothing, and to suggest actions they might take; clearly, we are being watched. The trouble is, the owner of the voice has a much more entertaining view than anyone in the audience. He gets to look at us, while we get to look at the chair and the amp, or each other. But if you’re sitting at the rear, then that mostly means looking at the back of other people’s heads, and if you’re sitting at the front, it mostly means craning your neck for an hour, to see what’s going on behind you. The whole set up really made me reflect on the importance of visuals both to maintain interest and to help the brain absorb what’s being said.

The speaker is skilful in the way he mixes prepared monologue with audience interaction, and there are some lyrical passages within the writing. As the hour goes on, a story starts to emerge of the relationship between two characters, embodied by two audience members. But as far as I could tell, embodiment was the sum total of their involvement. I could not see any way in which their responses guided the course of the story – they were tailors’ dummies. Nor could I see any connection between the prepared monologue, the relationship storyline, and the various sub-plots constructed around other members of the audience. I have wondered whether perhaps we were not a good enough audience, and didn’t give him enough to work with. We certainly did everything we were asked to do, but maybe we were too biddable, and like a good stand-up he could have done more with a bit of challenge and resistance. Who knows?

My main objection to this show was that it failed to do what it said on the tin. It promised to have us admitting things we had not admitted to out loud, and opening ourselves up to something new. Instead what we got was a faceless man attributing random emotions, thoughts and motives to us. I knew nothing more about my fellow audience members when I left than I did when I entered. It was suggested that one chap had suicidal thoughts, and that another had trouble choosing biscuits. Neither man either confirmed or denied this, and who could blame them when it was either gratuitous or trite, and in both cases probably not true. As for new experiences, well I was encouraged to hold hands, briefly, with the man sitting in front. In fairness, this is something I have never done before. But interestingly when he later bumped my knee by accident and turned to apologise, it was the standard apology of a stranger; no deeper connection had been forged by our reluctant hand-holding.

There were some laughs to be had, but these were mostly at the beginning, when we were still amused by other people looking self-conscious in the spotlight. All in all it was a show that threatened to involve me, and left me wishing that it had.

Tagged with: Battersea Arts Centre FallenFromGrace Slider When We Embraced