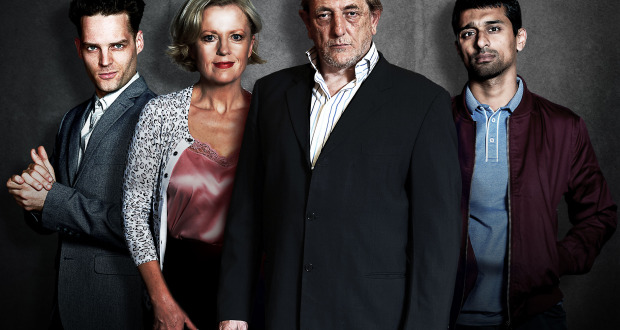 Cons: The story is a bit muddied – there is a lot of emotion and big consequences with unclear motivation. The plot is slightly bitty without any real through line.
Royal Duchess Superstore, The Broadway Barking – Review

Pros: A slick production with strong performances, a great set and excellent sound design. Cons: The story is a bit muddied - there is a lot of emotion and big consequences with unclear motivation. The plot is slightly bitty without any real through line. The Royal Duchess Superstore presents itself as a classic case of characters in search of a story. We are introduced to Terry (Mark Wingett), clearly disturbed, blood stained shirt, bemoaning trips to Ikea with 'The Mrs' and 'the state of Britain today.' Something significant has happened. We can take a guess what - it's politically&hellip;

A well presented production that is perhaps trying to say too much at once. The show goes for a suspenseful build up with no real resolution - a confusing let down.

The Royal Duchess Superstore presents itself as a classic case of characters in search of a story. We are introduced to Terry (Mark Wingett), clearly disturbed, blood stained shirt, bemoaning trips to Ikea with ‘The Mrs’ and ‘the state of Britain today.’

Something significant has happened. We can take a guess what – it’s politically and emotionally charged- but we don’t know who it’s happened to, or why. So, we are taken back a couple of days to find out. But even filling in the gaps of 48 hours doesn’t clue us in much further.

The gaps: Terry has just been released from jail; he’s gone back to one of his old haunts, a favourite pub that has been turned into a superstore and run by Dave (as in Shah); we know Terry is not pleased by the conversion of the pub or Dave; we know Terry’s ‘old mate’ Danny has set him up with a place to stay, and money (again, we can hazard a guess from where but are never really sure); Terry is trying to win back his ex-girlfriend, Julie (Wendy Morgan) who is none too pleased to see him and has since moved on with a nice, straight-and-narrow bloke; Julie knows Freddie (Jude Monk McGowan), a young and fancy Eastender; Terry doesn’t like Freddie; Terry thinks Freddie is sleeping with his former ‘girl’. Terry gets depressed and probably sticks his nose too far into other people’s business. And then there’s the big event.

And there you go. You know as much as I do without causing a spoiler alert. How we get from A to B to Z or what exactly is going on is never quite clear- there are many (what would be rather enlightening) details left unearthed. Terry is clearly driven by racist anger which he appears to use as a scapegoat for the state of his life – this particular storyline does not really sit along the story of Terry, his life and his situation.

What we are presented with is really two stories, two plays, perhaps each unfinished, mashed uncomfortably together in a manner that does not tell either story well. Each is a story that need to be told separately and explored more fully.

With all these various ‘bits’ – bits of plot, bits of tension, bits of emotion – the audience spends their time waiting for something big to happen. The suspense is tangible with this waiting and then nothing logical happens, nothing that brings all these ‘bits’ together.

Despite this, the production itself is strong, with an excellent cast that breathes dimension into what they are given (some have more to work with than others). Stand out performances include that of Mark Wingett as Terry, who oscillates between raging lunatic, seething lunatic and sensitive love-struck man with equal believability, and Jude Monk McGowan as Freddie, the epitome of a young guy, that walks the walk and talks the talk and makes friends with very few.

Also worth a mention is the set and sound design (Susannah Henry and Andrew Williams respectively) both skilfully conjuring an atmosphere of nostalgia over a good time gone and a run down existence of which the characters just try to make their best.