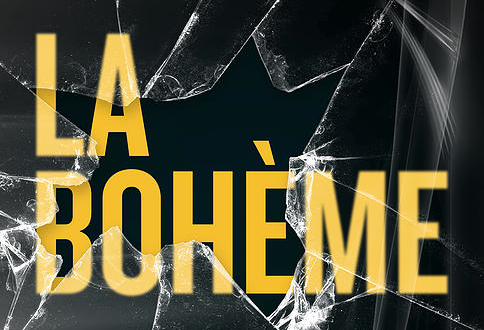 Pros: An accessible, updated version of Puccini’s classic opera with a strong cast and creative staging.

Pros: An accessible, updated version of Puccini's classic opera with a strong cast and creative staging. Cons: Long scene changes and poorly placed subtitles sometimes broke the magic. As my very first opera I really wasn't sure what to expect or if I'd even enjoy La Boheme. I was also quite concerned that I wouldn’t be able to follow the plot as it was in Italian but I was very pleasantly surprised all round. Unlike the grand venues in which you'd usually expect to see an opera, the Lost Theatre is quite small but director Sophie Gilpin staged the&hellip;

Passionate acting and innovative staging will see you leave the theatre as a fan of opera (if you weren't before).

As my very first opera I really wasn’t sure what to expect or if I’d even enjoy La Boheme. I was also quite concerned that I wouldn’t be able to follow the plot as it was in Italian but I was very pleasantly surprised all round.

Unlike the grand venues in which you’d usually expect to see an opera, the Lost Theatre is quite small but director Sophie Gilpin staged the production really well to make it work within the small space. The set was simple but very clever with the main focus being on a wall with a window which started off as a filthy garret bedroom and eventually transformed into the front of the bar and then the back yard using clever inserts and manipulation of the set. My only criticism of the set was that there were a few too many props leading to a few long and clumsy scene changes, with one in Head

HeadFirst Productions made the risky decision to set the play in modern times which I’m not quite sure worked. The updated sets looked wonderful but because the story is very much a product of its time, its new 1995-6 setting left it feeling a little incongruous. Also Mimi’s death from a heroin overdose (which is from TB in the original story) didn’t have quite the same effect.

The cast were all incredibly talented – in particular Elizabeth Roberts reduced me to tears with her performance as Mimi. The singing was also impeccable throughout; it was clearly evident that all of the performers had been trained in musical education at some of the best drama schools. My cousin and I were wondering how the cast (many of whom didn’t speak Italian as their main language) would deliver an entire opera in Italian but it seemed absolutely faultless to us. I couldn’t imagine that we would see better performances at the English National Opera!

The only problematic thing for me was that the English subtitles were projected over a door in the right-hand corner of the room which left us feeling like we were watching a tennis match at times, swinging our heads from the action on the stage to the subtitles so we could keep up.

Overall the standard of the opera was exceptional and I would highly recommend going to see it. Both my cousin and I thought it was a very accessible production perfect for anyone new to the world of opera. We both said we’d like to see more opera in the future which must be the sign of a good production!