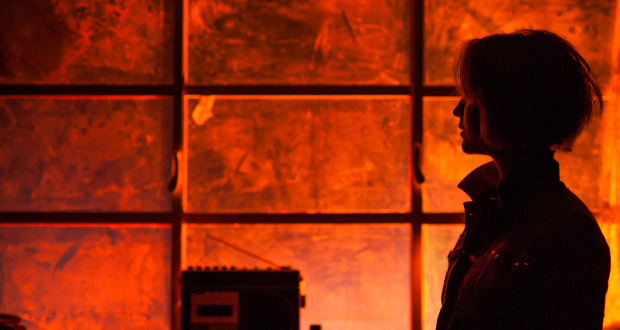 Cons: The girls were more comical than scary, which drained the second half of its power and realness.
Ghost From A Perfect Place, Arcola Theatre – Review

Pros:  Excellent writing, strong performances and convincing set design. Cons: The girls were more comical than scary, which drained the second half of its power and realness. Ghost From A Perfect Place is a dark comedy about one-time gangster Travis Flood and his return to his beloved Bethnal Green. The wild yet less scrupulous thuggery of the girl mobsters he meets leaves Travis rosy-eyed for the more ‘honourable’ practices of his heyday. Through this mysterious encounter, the shared past of Travis and gang leader Rio is revealed and the distorted way they view themselves is devastated in the process. Written&hellip;

This evocative revival of East End gangster life is enjoyable if a little on the tame side.

Ghost From A Perfect Place is a dark comedy about one-time gangster Travis Flood and his return to his beloved Bethnal Green. The wild yet less scrupulous thuggery of the girl mobsters he meets leaves Travis rosy-eyed for the more ‘honourable’ practices of his heyday. Through this mysterious encounter, the shared past of Travis and gang leader Rio is revealed and the distorted way they view themselves is devastated in the process.

Written and set in the nineties, amid the growing concern over the relatively new phenomenon of girl gangs, this two-act play by polymath Philip Ridley receives its 20th anniversary revival at the Arcola Theatre.

It was my first time at the Arcola and I really liked the space of their newly built indoor Studio 1. With a high ceiling, brick walls and its exposed square stage, surrounded by seats on three sides, it manages to feel both spacious and intimate. But good luck trying to find your seat unaided; it takes some figuring out, and since I shall forever remain witless in such matters. Having the staff on hand to help was definitely much appreciated!

The set was as convincing as you ever need to be in displaying a run-down kitchen of a council flat. You see the door that leads out onto a public balcony and the adjoining window, the kitchen sink and stove, and the dining table and tiled floor, and then one aberration: smoke damage running up the side of a wall. Who caused the fire and why is a mystery that haunts the play and the destruction it implies is in keeping with incendiary rhetoric and practices of the girl mob. The lighting was really well done, particularly where the pyrotechnics kicked off – it really felt like I was seated on the 6th floor of an estate building. The lighting was also used effectively to highlight the characters’ emotional truths, which Ridley stays so loyal to in the writing.

I was interested to see whether the play would cause as much of a stir as it seemed to at its premiere in the Hampstead Theatre, where reviewers variously described the in-yer-face theatre style as ‘astonishingly affecting’ or more towards the shallow end of praise, as ‘pornographic’. Alas, the production came off a little tamer and less affecting than I would have liked. The first half, where Travis reminisces with grandmother, and fellow old-timer, Torchie Sparks, was captivating in revealing their past relationship and the details of their lives up to that point. Sheila Reid as Torchie and Michael Feast as Travis, do a fantastic job of bringing out the comedy and presenting the rules and protective measures that sustained a criminal East End.

Whilst the arrival of Rio and her two gang buddies, Miss Sulphur and Miss Kerosene, provides a dramatic end to the first act, I wasn’t scared by them, not even a bit, and it seemed to me the power of the second act rests on them being terrifying. Without that element of fear, the second half dragged. The girls’ costumes seemed over-styled – with the best will in the world, I couldn’t imagine girl gangsters of that time wearing gold miniskirts and looking as fresh as they did. The girls’ personas were very well acted and individualised, but with the exaggerated bolshiness and brandishing of knives, they came across more like endearing schoolgirls than menacing brutes I was hoping for.

Overall, I think audiences will enjoy most in this production the skilful and mythic way it evokes a romanticised and distorted past that feels alive on stage. It also exudes an ‘I heart London’ vibe, which bodes well for modern day audiences in love with their city.