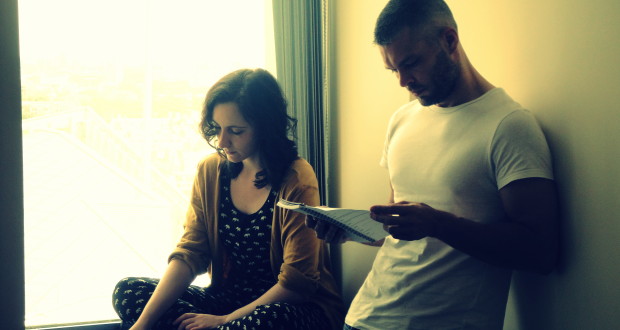 Pros: The satire is sharp and funny.  Some outstanding performances from a strong cast.

Cons: The noisy air con was distracting but the cast did well to overcome this.
Emilia Galotti, Barons Court Theatre – Review

Pros: The satire is sharp and funny.  Some outstanding performances from a strong cast.  Cons: The noisy air con was distracting but the cast did well to overcome this.  Gotthold Ephraim Lessing’s Emilia Galotti is an 18th century tale of compromised virtue with a catastrophic outcome. Considered one of Germany’s classic examples of a bourgeois tragedy, it is one of the earliest productions to place the suffering of the middle classes, and not that of the nobility, as the central focus.  Set in Italy, the story follows a prince’s frantic and disastrous attempts to steal the love of his newfound&hellip;

This production brings out the best in this 18th century tragedy of love, lust and power.

Gotthold Ephraim Lessing’s Emilia Galotti is an 18th century tale of compromised virtue with a catastrophic outcome. Considered one of Germany’s classic examples of a bourgeois tragedy, it is one of the earliest productions to place the suffering of the middle classes, and not that of the nobility, as the central focus.  Set in Italy, the story follows a prince’s frantic and disastrous attempts to steal the love of his newfound fancy, a daughter of bourgeois parents – the irrepressibly virtuous Emilia Galotti.

Ottisdotter Productions have done a mighty service in bringing this rarely performed piece to the Barons Court Theatre. The play’s controversial final scene – “indefensible” goes one quote mentioned in the video trailer – is partly to blame for the neglect.  The severity of Emilia’s chastity and the degree to which preserving it shapes the action, poses a challenge for modern audiences also.  Yet director Mark Ewbank has quite rightly stuck tightly to the original script, including the setting and period costumes. The simple set design and overall effect of the play is very pleasing; every minute of the two and a half journey (including a 15 minute interval) was thoroughly engrossing.

I particularly enjoyed the satirising of the ruling powers in the first half of the play, and the humour makes for a surprisingly good companion to the building tragedy. Che Watson gives a magnificent performance as the Prince of Guastalla.  His childish outbursts and contradictory impulses illuminate the hypocrisies of rulers whose government rests more on the fleeting whims of lust than on good policy.

The performances are strong all round.  Peter Wheal-Jones’ voice is frightfully commanding as the resolutely faithful Eduardo Galotti and his cleverly constrained rumble of anger early on in the performance leaves you in fear of what’s to come. When Emilia, played by Roseanne Lynch, appears, she is the paragon of moral excellence; even a Disney heroine would shrink beside her.  A sustained and solid performance from Samuel Haughton, who plays the Machiavellian chamberlain to the Prince, provides a clear sense of the burgeoning treachery that neither the prince nor the other characters can contain.

In the second half, the arrival of the passionate and fiercely intelligent Countess Orsina helps bring further cohesion to the havoc brought about by ruling men’s reckless control on women as much as the middle classes.  Francesca Burgoyne was utterly captivating as the embittered Orsina and I liked how her corseted dress, more towards the naughty side of French fashion, was drenched in pearls – the “signifying tears” that Emilia had forebodingly dreamt of earlier in the play. She seems the only character that is truly self-determined, and gives us another lens through which to view Emilia, who after all might be more than the straightforwardly devout and dutiful daughter we see on stage.  A lighting change from passionate red to the green of envy, at the point when Orsina realizes the prince she desires has had a hand in apprehending Emilia, was most effective.  So too was the melodrama of the accompanying soundtrack.

The final scene, which I shan’t give away, will no doubt divide the audience.  Though perhaps less appeasing to a modern audience, I would have liked to have seen this production attempt to make the original ending work, as I find the moral dilemma for the father much more intriguing.  The theatre space is in the basement of The Curtains Up gastro pub is charming enough but the noise of the cooling fans did make it harder to hear the actors at points.  Overall, this distinctively classical yet streamlined production of a masterpiece is well worth seeing.  The enigmatic characters and the problematic ending are definitely worth debating upstairs in the pub afterwards.