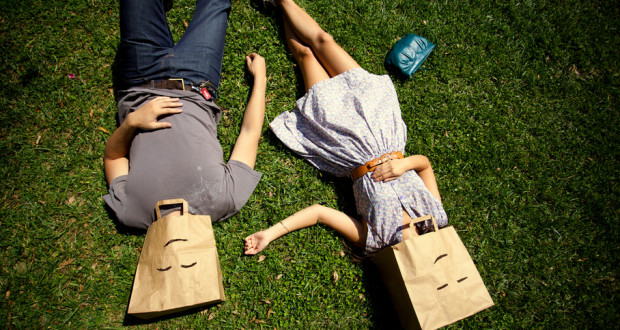 Pros: An entertaining cast, laugh-a-minute script and blurred boundaries between performers and audience will leave you feeling thoroughly entertained.

Cons: Its particular brand of slapstick and over-the-top humour may be grating for some and after you get past the play’s initial concept, it lacks substance.
The Sequel, London Welsh Centre – Review

Pros: An entertaining cast, laugh-a-minute script and blurred boundaries between performers and audience will leave you feeling thoroughly entertained. Cons: Its particular brand of slapstick and over-the-top humour may be grating for some and after you get past the play's initial concept, it lacks substance. Hidden away in the upstairs bar of the London Welsh Centre, this comedy offering from the Camden Fringe Festival makes a mockery of romance in just over an hour of satirical, over-the-top love stories. Just a short walk from King's Cross station, the unassuming-looking London Welsh Centre hosts this quirky comedy show – adapted&hellip;

A great choice for a humorous night out even if it is lacking in its central plotline at times. Guaranteed to make you chuckle!

Hidden away in the upstairs bar of the London Welsh Centre, this comedy offering from the Camden Fringe Festival makes a mockery of romance in just over an hour of satirical, over-the-top love stories. Just a short walk from King’s Cross station, the unassuming-looking London Welsh Centre hosts this quirky comedy show – adapted from American playwright Percival Wilde’s original play – on a small, intimate stage in its upstairs bar, meaning that you’re literally steps away from post-show drinks (during which the cast are happy to mingle).

We’re introduced to The Sequel‘s two protagonists: the rather naïve and submissive Prince Henry (Tony Hunter) and the headstrong and coquettish Princess Anna (Holly Ashman). They are introduced by the “debonair” narrator who regularly breaks the fourth wall to take his players in a different direction (even making Henry fall in love with a woman in the front row at one point). The couple’s royal titles are used very loosely, with Henry having acquired his through his father’s industrial domination and the two regularly making mention of commonplace occurrences like popping to the shops. The pair are recently engaged but after taking the plunge they soon discover that they have two very different notions of how their “happily ever after” should pan out.

This adaptation from Untouched Theatre relishes in the cheesy and over-dramatic, with much of the comedy coming from Henry and Anna’s disgruntled facial expressions and their frustration at being unable to communicate on the same wavelength as one another. As Henry continues to tip-toe on eggshells, Anna becomes increasingly irritated by his cluelessness, instead pining for her secret lover Jack. Matters aren’t helped by the narrator’s sarcasm-laced quips and things turn to worse with the arrival of Henry’s furious father Horrocks INC (Oliver Callaway). Communicating in angry grunts and fist-shaking, the father enlists the help of crude talking puppet/vulture Edgar, voiced by Victoria Jane Appleton, to ensure the misery of his son. Edgar manipulates the couple, giving bad advice to Henry and fuelling Anna’s existing doubts.

I think where this production succeeds is in the way in which it handles its admission of its scripted status. Throughout the play the narrator (Liam Mulvey) battles to make his characters follow the plot he’s set out for them, and when the play ends with everyone miserable he sets out to write new ending at the prompting of Edgar’s puppeteer (Victoria Jane Appleton). Together they write new conclusions for each of the characters in a bid to achieve an all-round happy ending.

Although The Sequel is undoubtedly funny – laughs were drawn from the audience throughout – I think where it fails slightly for me is in its reliance on panto-like humour. It’s very evident that this is meant as a satirical response to stereotypes of the romantic genre, but once you get past that first realisation the play lacks substance which it tries to make up for by bombarding the audience with lots of physical, slapstick humour, such as the puppeteer chucking glasses of water on characters who are supposed to be in tears.

The play also lacks a proper ending – after tying up all the happy endings the narrator walks to the back of room with the puppeteer talking about a sequel which, combined with the play’s short length, left the audience confused as to whether there was more to come. It was only after the director confirmed that it had indeed ended that everyone felt it was safe to clap.

Regardless, with its central location, cheap tickets and barrels of laughs, The Sequel is a definite safe bet for anyone looking for some hilarious evening entertainment. Featuring an eager cast who constantly look like they’re having as much fun as their audience, this fringe offering is well worth a watch before its two-week run is up.

Previous: Happiness is a Cup of Tea, Hen and Chickens Theatre – Review
Next: The Ring Cycle, The Scoop – Review