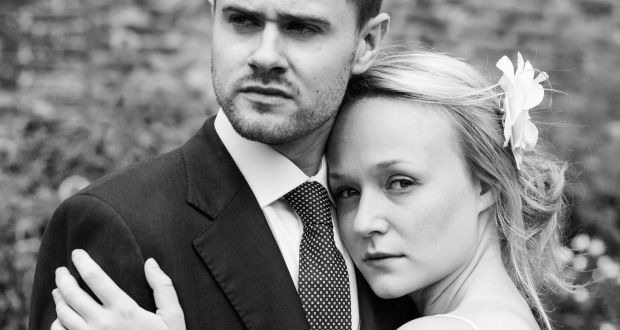 Pros: An energetic cast skilfully perform a modernised version of this timeless love story in a gorgeous London park.

Cons: Very few. Other than being at the mercy of English weather.
Romeo & Juliet, Lauderdale House – Review

Pros: An energetic cast skilfully perform a modernised version of this timeless love story in a gorgeous London park. Cons: Very few. Other than being at the mercy of English weather. Lauderdale House is the Elizabethan-era home of a former Lord Mayor of London and stands at the edge of Waterlow Park in North London. Behind the house, Shooting Stars Theatre Company perform their modern take on Shakespeare’s Romeo &amp; Juliet. With the house as a backdrop (and the set in the balcony scene), director Helen Crosse only uses a picnic bench, a folding chair and a few floodlights&hellip;

This is excellent fringe Shakespeare that proves you don’t need high production values if you have a talented team.

Lauderdale House is the Elizabethan-era home of a former Lord Mayor of London and stands at the edge of Waterlow Park in North London. Behind the house, Shooting Stars Theatre Company perform their modern take on Shakespeare’s Romeo & Juliet. With the house as a backdrop (and the set in the balcony scene), director Helen Crosse only uses a picnic bench, a folding chair and a few floodlights and flower garlands. The effect is simple and doesn’t overshadow the beauty of the language. The aim of the production seems to be to make the story fun and accessible to a wide range of audiences. Crosse also showcases her instinctive casting, as the actors’ chemistry and relationships appears to be completely natural. She makes bold directorial decisions including a heavy use of music, movement/mime sequences, dirty jokes and audience interaction, all of which completely engage the audience in the world of the play.

Romeo (Joe Sargent) is a sensitive, intellectual hipster who hangs out with Roisin Keogh’s tomboyish Benvolio and Graham Dron’s oversexed, brash Mercutio. They drink, smoke, probably do drugs and generally make a nuisance of themselves. Rather than the language inhibiting the modern world they create, it adds to it as they fight with their rivals, crash their party, fall in love and deal with the consequences of their actions. Sargent’s Romeo is definitely more of a lover rather than a fighter. His early scenes with Juliet, including a mimed wedding scene, are absolutely adorable. His attack on Tybalt is slightly less believable, but suits the character. Sargent’s relationship with Emily Loomes’ Juliet is flawless, turning my insides to mush by the interval. Loomes perfectly captured the petulant teenage angst and love, even though she looked a bit too old to play 12 years old. Her dynamic with the Nurse (Bernadette O’Brien) is excellent and good fun to watch.

Rory Fairbairn (Peter/Balthasar) gives us some excellent multi-rolling and physical comedy. Maxwell Tyler has a forbidding presence as the Prince and a sleazy, Cockney Paris. Ruth E. Mortimer, playing Capulet as a cold, corporate businesswoman, is all the more disturbing whilst arranging her daughter’s marriage. Dron also plays a shady gangster apothecary who supplies Romeo with the illegal poison with which he eventually kills himself. Completing the cast are James Macnaughton as an intimidating Tybalt and Michael Totton as a caring, paternal friar. Of the entire cast, no one is weaker than anyone else. The whole cast is fantastic, skilful with Shakespeare’s language and highly watchable.

The fight choreography (using flick knives and unarmed combat) by Matt Gardiner is very good, though the fights occasionally felt a bit mechanical. This could be because it was the first night at this venue, and not particularly noticeable.

The second half struggled to find momentum initially, but that which is naturally present in the play soon kicked in and got action moving again. As it got dark, the dimming light reflected the darkening of the action even though it made it harder to see. This highlighted the families’ despair as the truth of the star-crossed lovers emerged on the picnic bench tomb, but the Friar’s epilogue reminds us that their deaths ended the feud that caused too much tragedy over generations.

This is a truly excellent production with clear, creative directorial vision in a gorgeous setting. Hie thee to Highgate and catch it before it goes.