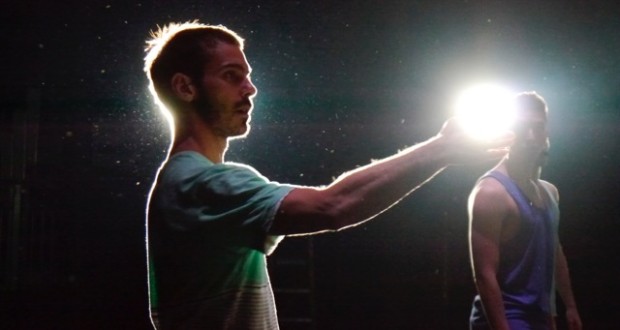 Pros:  A refreshing and dynamic look into classical ballet, these boys take the art to new places.
Cons:  There was some disconnect between the music transitions and the dancing that just didn’t work; and the video introductions were unnecessary.
Ballet Boyz, Roundhouse Theatre – Review

Pros:  A refreshing and dynamic look into classical ballet, these boys take the art to new places. Cons:  There was some disconnect between the music transitions and the dancing that just didn’t work; and the video introductions were unnecessary. The idea of an all male ballet might seem a bit strange at first but its unexpected nature is what makes it magical.  Ballet Boyz took off thirteen years ago and has been going strong ever since.  This particular show, The Talent, is coming to its final run in London, but their next show, Young Men is in the works&hellip;

This show transcends sexuality and takes you to a place where the beauty of the human body can be celebrated.

User Rating: 4.75 ( 1 votes)
The idea of an all male ballet might seem a bit strange at first but its unexpected nature is what makes it magical.  Ballet Boyz took off thirteen years ago and has been going strong ever since.  This particular show, The Talent, is coming to its final run in London, but their next show, Young Men is in the works and was previewed in the middle of this production.

Before the start of the first dance, there is a video interview with the choreographer Liam Scarlett.  He explains his inspiration for this dance, which is interesting, if not slightly out of place. For a live show I felt that this introductory ‘making of’ video didn’t work – there was no need for it.

The first routine, Serpent is nothing short of languorous and graceful.  The ten male dancers perform with a fluidity that is typically only associated with women.  It was fantastic to see the male body moving with such elegance.  The choreography obviously draws heavily from the sleek movement of snakes, by which the piece no doubt gets its name.  The costuming was simple, nothing more than flesh-toned capris , so that the focus was on the body and physical form.

When the routine started off, each dancer individually lay on the floor and articulated one arm that made them appear like garden eels on the ocean floor, each popping up and ‘looking’ around before swaying with an invisible tide.  Then, like a snake growing a new skin, the scene changed.  The dancers moved together as one, creating an undulating line that was mesmerizing to watch.

The BBC Concert Orchestra performed music live throughout the show, which added vitality to the entire production.  The music reached out to the audience much like the dancers.  However, the changes between songs felt abrupt after the soothing dreamy quality of the first performance.  Dancers continued to move on stage when the music stopped.  I have seen this done before in other dances and it can work, but in this performance there was no change in the tempo of movements, so it felt disjointed.

The second routine was preview of their next production Young Men, which will look into the gritty reality of war and the psychological effects it has on soldiers. Despite the fact that it was just an excerpt showcasing more to come, I can already tell that this new performance will be very weighty and dark, but also brilliant.  There was violence, pain, and confusion in the choreography that spoke to the harshness of war.

The final routine, Fallen, took on a decidedly darker twist compared to Serpent.  Like with the first dance, this one was also accompanied by a video introduction with the choreographer, Russell Maliphant.  And like the first time, it wasn’t needed. The use of light and shadow featured heavily in this final number. The music was harsher and there was the sense of sneaking into an underground enclave in an industrial, dystopian world.  The dancers all whirled in circles orbiting in spots of light on the floor.  Again I was vividly reminded of gears and clocks—that industrial feeling was pervasive.  But there was a wild sense of abandonment too that seemed to hark back to more primitive ritual dances around fires.  It was a curious mix, but one that I thought worked really well.

As a whole, Ballet Boyz is a show that can change your mind about ballet.  It too can be a boy’s dance!  It certainly opened my eyes to the possibilities of what can be done in a ballet.  To sum up in a single world, it was just beautiful.

Director: Michael Nunn and William Trevitt
Producer: Mike Lindsay, Swooshed Ltd
Booking Until: This show has now completed its run at Roundhouse Theatre and is on tour.
More information: http://www.balletboyz.com/tour-dates/

Previous: Marry Me A Little, St James Theatre – Review
Next: Win tickets to The Play That Goes Wrong! – Closed