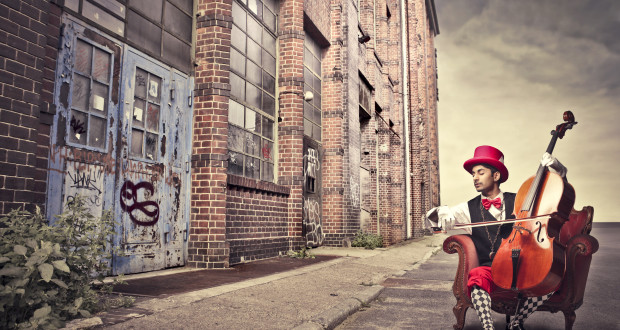 Pros: The beautiful music of Handel, expertly sung. Cons: The staging sometimes feels artificial. Welcome to Arcadia, a mythical land where nymphs and shepherds frolic, and the divine and human mingle. This is the setting of Acis and Galatea, Handel’s ‘little opera’, which showcases the composer’s characteristic dainty and lyrical style. This production is the latest offering from Eboracum Baroque, a talented troop of young singers and instrumentalists dedicated to the Baroque repertoire. The Arcola Studio Theatre is an intimate space, and so and ideal setting for a Chamber Music piece like this one. The set is simple: the&hellip;

A delightful production of this pastoral opera.

Welcome to Arcadia, a mythical land where nymphs and shepherds frolic, and the divine and human mingle. This is the setting of Acis and Galatea, Handel’s ‘little opera’, which showcases the composer’s characteristic dainty and lyrical style. This production is the latest offering from Eboracum Baroque, a talented troop of young singers and instrumentalists dedicated to the Baroque repertoire.

The Arcola Studio Theatre is an intimate space, and so and ideal setting for a Chamber Music piece like this one. The set is simple: the exposed brick walls of the theatre are accompanied by logs and glowing candles. It works well at evoking a mythical forest, and its simplicity allows the music to take its rightful place of prominence.

The plot of Acis and Galatea, which comes from Greek mythology, can fit on a post-it note: Galatea, a divine nymph, and the shepherd Acis fall blissfully in love. But, alas for them, beautiful Galatea also attracts the attention of the monster Polyphemus. In a jealous rage, Polyphemus murders Acis, whom Galatea then transforms into a spring. Handel pads out this simple plot with beautiful arias and choruses. Eboracum Baroque stages the story as the wedding of Acis and Galatea and envisions Polyphemus as a drunken uninvited guest.

Acis and Galatea is usually presented as a concert piece and I suspect it is fiendishly tricky to stage dramatically. The problem is that it’s hard to find activities for the performers to do. How exactly do you dramatize Handel’s echoing lyrics and motifs? Some productions address the problem by introducing dance. In this production, the cast is constantly engaging in all sorts of ‘filler’ actions: shepherds and nymphs must fuss with jars of an ambrosial drink, lovers must hold countless meaningful gazes, Acis and his buddies must exchange far too many brotherly hugs. The cast make a valiant effort, but their actions often look contrived.

I suppose another challenge is the paper thin story. The first half’s only subject is the happiness of Acis and Galatea, which doesn’t invite many opportunities for drama. Matters improve in the second half, when big bad Polyphemus appears and the element of tragedy is introduced. And there were some aspects of the staging that I thought were successful. The wedding ceremony between Acis and Galatea worked well, and a candlelit procession following the death of Acis created a memorable image.

Anyway, what matters most is the music, and here the production excels. Eboracum Baroque’s beautiful and assured singing is this show’s greatest strength. Gareth Edmunds and Naomi Sturges are exquisite as the title lovebirds. Charlie Murray is a hugely entertaining Polyphemus with a powerful bass voice and impressive range. The supporting cast is equally excellent. Damon, Acis’s best mate, is the most technically challenging role and is expertly sung by Nils Greenhow. Playing a nymph, Angela Hicks impresses with a stunningly beautiful soprano voice; her Would You Gain the Tender Creature was one of the evening’s highlights for me. And the chorus of Acis and Galatea’s merry band of friends sings with perfect togetherness and clarity. Their performance of Wretched Lovers, a highly complex piece, was another one of my favorites. The small size of the venue also meant I could enjoy hearing each of their gorgeous voices individually.

The singers are supported by a small orchestra of period instruments under the direction of Chris Parsons. Admittedly, the opening Sinfonia sounded a touch under rehearsed, but on the whole, the orchestra is a delight to listen to. One minor complaint: the songs are energetic and taken at a sprightly pace; though this is lots of fun, I would have also liked to have heard a few songs interpreted more quietly and reflectively as a contrast. But overall, Acis and Galatea is a charming, frothy treat for a summer’s evening.

Previous: Buttons, The Space – Review
Next: Let The Right One In, Apollo Theatre – Review