Cons: Perhaps the concept is too abstract to grasp immediately without previous knowledge of the work of the company.
Next Day, Unicorn Theatre – Review

Pros: Highly original concept, and very talented young people executing it. Cons: Perhaps the concept is too abstract to grasp immediately without previous knowledge of the work of the company. Upon entering the stage area at the Unicorn Theatre, you see a group of small children, eight to eleven years of age, gathered around a projector. They whisper to each other as they change the slides of hand-drawn paintings that shine on the wall behind them. This goes on for a few minutes as the rest of the audience find their seats, and although you have no idea what's&hellip;

Who knew a group of kids could put forward such a powerful critique of societal values and priorities.

Upon entering the stage area at the Unicorn Theatre, you see a group of small children, eight to eleven years of age, gathered around a projector. They whisper to each other as they change the slides of hand-drawn paintings that shine on the wall behind them. This goes on for a few minutes as the rest of the audience find their seats, and although you have no idea what’s going on, they look extremely determined. They definitely know the Next Day is about to achieve something very interesting.

The stage setting for Next Day is the perfect playground for this group of talented little performers. Its main feature is the massive pile of Styrofoam cubes on the left side of the stage. They resemble building blocks and are a good accompaniment to the background, an apartment complex. The kids move these blocks around freely in order to create different playing scenarios.

From this foamy structure the cast gradually appear, one by one, each carrying an instrument (keyboard, drums, bass . . . ). They then proceed to meticulously set up a band and start to play under the direction of a very convincing little girl, whom I am pretty sure could not be any older than eight. The playlist, if you are wondering, was pretty fantastic!

From this moment on the play is a succession of scenes, each one following a pattern that is introduced by a projection on the background. The pattern is a list of ‘things to do’ at the Superhero School the children attend, and includes things like ‘take a nap’, ‘fight the aliens’ and ‘recreate a plane crash’.

Next Day seems like a kid-oriented performance, but its concept has much more depth than this. The ‘list of things’ is actually an elaborate critique on modern values and ideas, ranging from terrorism and the consumer culture, to war and western priorities.

To give an example, in one of the first scenes, the children sat on Styrofoam blocks around the stage and were given a certain product to hold, such as gun, washing powder and coke. Two from the group started acting as the director and the cameraman, and they proceeded to film a series of adverts for each item. Using actual children for the performance was pure genius. The absurdities of our everyday lives became increasingly obvious as the ‘director’ shouted instructions to the other kids in order to make the adverts look more convincing and attractive.

Another interesting example is the ‘fight the aliens’ scene. The cast stood looking directly at the audience in superhero capes and masks. They all held smaller blocks of foam and very discontinuously started to throw them at us. At one point, an audience member from the first row threw one back at them, and that’s when it all started. The kids went berserk and well, it was war. I wasn’t sitting close to stage and I still got the chance to throw one.

Overall, this show is an eye opener. It makes you take a close look at what you think you know about the society you live in. I left wondering: ‘who are the grown-ups here?’ 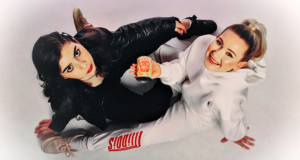 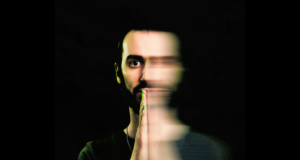