Home » Features and Interviews » No strings attached (sort of) 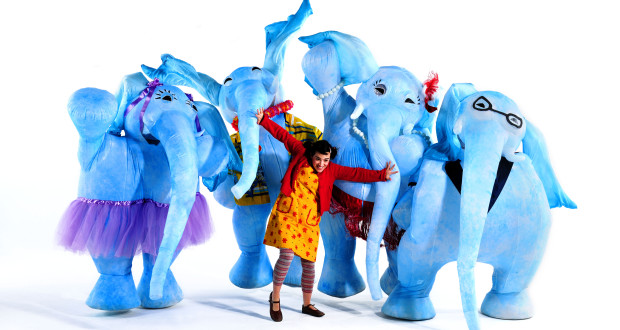 No strings attached (sort of)

From the wonders of War Horse to a giant, wall-penetrating elephant ghost, the UK’s love affair with puppetry is rife. Lily Middleton meets two of the masters behind the magic, Finn Caldwell and Toby Olié.

Puppets are very ‘in’ at the moment. From the phenomenal success of the National Theatre’s War Horse to the rising star of the Little Angel Theatre, the UK’s puppeteers seem set to pull their strings all the way to the top.

Finn Caldwell and Toby Olié were in the original production of War Horse, from the initial workshops with prototype puppets by South African Puppet Company Handspring, to performing the show in front of Stephen Spielberg. Meeting them, it is hard not to feel enthused about the future of puppetry. Both Finn and Toby were in the show for two years as Topthorn and Joey respectively, eventually stepping down to direct the puppetry and branching out into other projects, one of which is the National Theatre’s family show about a ghost elephant: The Elephantom.

Directed by Toby and Finn, The Elephantom was first staged at the National Theatre’s Shed in 2013. This summer it returns to the much bigger space of the New London Theatre.

Working as an actor you are the character. As a puppeteer you need to transfer all that energy and character sideways into the puppet.

Toby trained in puppetry at the Royal Central School of Speech and Drama, and describes how a common reaction  to what he did pre-War Horse, was ‘Oooh, like the Muppets!’ Finn trained as an actor, and brought a lot of his skills into the world of puppetry, although he stated that there is a big difference: “Working as an actor you are the character, but as a puppeteer you need to transfer all that energy and character sideways into the puppet.” 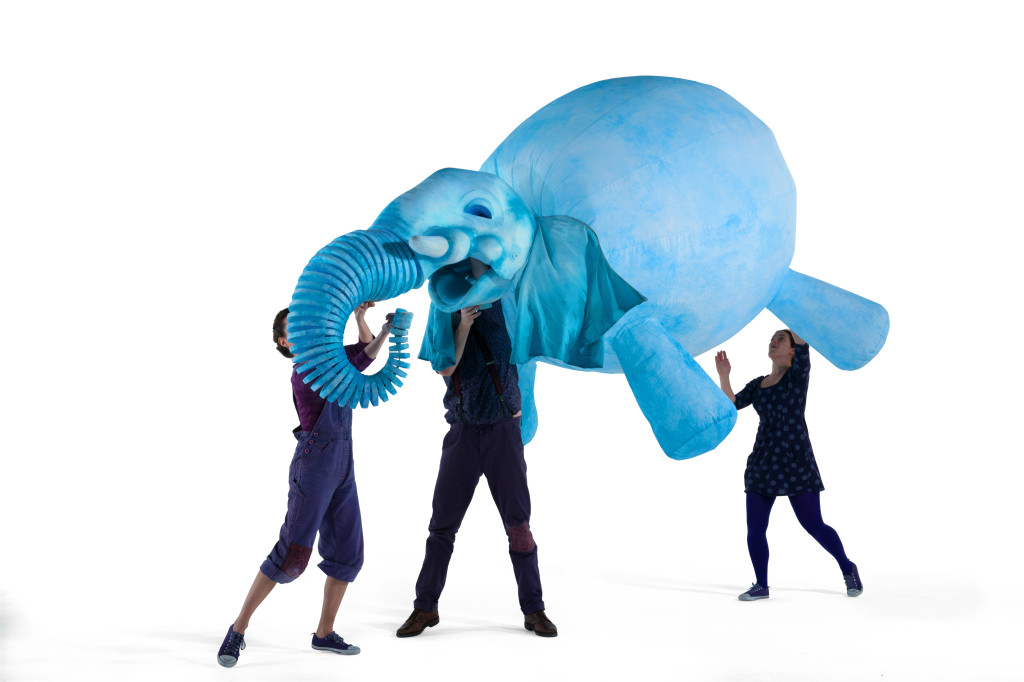 Puppeteers work with an Elephantom puppet

War Horse owes much of its success to the commitment and dedication of all those involved, including Finn and Toby. This dedication included a long time spent understanding the way horses act; subtle traits in horse behavior were transferred into the way the puppets behaved.  They worked with one of the world’s best horse whisperers, Monty Roberts, to better understand horse psychology.

Discussing the physical strain of puppetry, both Finn and Toby describe their experiences in War Horse as almost trance like. They both became so involved in their character that they tuned out the dialogue and instead reacted to tone of voice and physical movement – as a horse itself would. It’s not surprising that the affection people feel for War Horse, and in particular Joey, goes beyond what you could think was possible for a puppet.

The legacy of War Horse, and the current trend for puppets, carries its risks.  Finn describes how they receive many calls from theatre companies asking for a puppet – “But really there’s no reason for them to have a puppet there, just because it’s fashionable. There’s a danger the public will just get tired”.

One of our missions is to keep people surprised and reinvigorated with what they realise puppetry is capable of.

Using Joey as an example of puppetry at its best, the character holds the narrative through his decisions rather than just being a special effect. This is not as simple as it may seem, “Its quite hard to make puppets complicated and beautiful enough or simple enough to be able to hold that emotion. And for the puppeteers to be sophisticated enough in their skill to get the audience to really believe”.

Both Finn and Toby go on to compare puppets to playing musical instruments: there is no end to the skill you can develop. War Horse has generated a whole group of actors and puppeteers who understand what puppetry is capable of and that visuals can control narrative. Finn said: “One of our missions is to keep people surprised and reinvigorated with what they realise puppetry is capable of.” 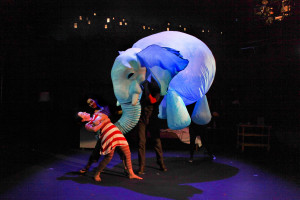 Audrey Brisson as Girl and the Elephantom. Photo: Charlotte Macmillan

Elephantom was born when Toby first picked up the 12-page book and saw the story’s potential. The development of the show captured their imaginations. Before long they were experimenting with the best materials to create a ‘life size floating, ghostly elephant, who can pass through walls’.  They found the materials liberating and light, particularly after the War Horse puppets – being able to throw the elephant in the air and enjoy the fact that the puppet worked with no contact.

The show has no dialogue, again demonstrating the power of meaningful movement as well as audience imagination. Finn describes the power of imagination in the theatre: “A book is 50% the author’s imagination and 50% your imagination. A film is 100% the filmmaker’s creation. Theatre is somewhere in the middle and puppetry is closer to a book – you’re asking the audience to take more responsibility for the action”.

As Toby shows us a puppet squirrel tail he had been making before we met, and hearing their friendly and enthusiastic banter throughout the interview, I‘m sure that the future of puppetry in British theatres is in safe hands.

The Elephantom runs in the New London Theatre from June 30 – September 6 2014. Click here to book your tickets now.

Previous: Half A Can Of Worms, RADA Studios – Review
Next: Be Here Now, Shoreditch Town Hall – Review