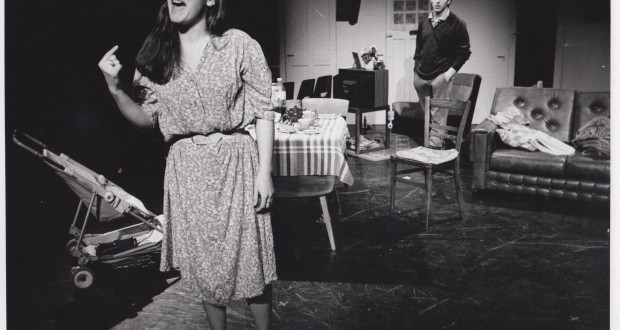 Pros: The fact that all the words of the script came straight from members of the family gives this story such power and emotion that it becomes overwhelming at times.

Cons: The performance I attended was captioned, and while this is brilliant for those who need it, I found it quite distracting.
Paula’s Story, Chickenshed – Review

Pros: The fact that all the words of the script came straight from members of the family gives this story such power and emotion that it becomes overwhelming at times. Cons: The performance I attended was captioned, and while this is brilliant for those who need it, I found it quite distracting. I was excited to return to Chickenshed after my inspirational and moving first visit. Chickenshed ensure that diversity and inclusion are part of everyday life. Paula's Story is an example of their work from the perspective of one family, whose lives were changed by the extraordinary work&hellip;

Incredibly moving. Telling Paula's story through the eyes of her family is an effective method of showing their strength and love.

User Rating: 4.65 ( 1 votes)
I was excited to return to Chickenshed after my inspirational and moving first visit. Chickenshed ensure that diversity and inclusion are part of everyday life. Paula’s Story is an example of their work from the perspective of one family, whose lives were changed by the extraordinary work of the company.

Paula’s Story is the true story of Paula Rees. Paula was born with cerebral palsy and, through the love and support of her family (and eventually Chickenshed itself), has achieved more than many medical professionals considered possible.

Paula’s Story is told through the eyes of her mother, father and siblings, and spans from Paula’s birth up until her involvement with Chickenshed. It is an incredibly powerful show, particularly because all the words in the script were spoken to director Mary Ward by the family. The family is closely involved in the show; in fact, Paula’s brother, Ian, is played by his son, Kyle Rees-Blackston. Hearing about the family’s struggles in their own words, with Paula herself on stage, makes for an incredibly moving show.

The main things that struck me were Paula’s mother’s drive and her faith in her daughter’s ability. When medical professionals were telling her nothing was possible, she believed anything was. Though Paula’s siblings struggled, growing up with friends who couldn’t understand their sister’s condition, their love for their sister was never questioned. And even their father, who is portrayed as a man who struggles to show his emotions, has such unconditional love for his family that together they are an incredible unit of compassion and strength.

The passing of time is marked by the date projected onto a TV shaped light box, and through this we witness the various treatments Paula goes through. This includes a risky operation in which the survival rate is only ten per cent. The set is the Rees family living room, and you feel as though you are witnessing all elements of family life, the good times alongside the incredibly tough and trying.

The use of musical interludes works particularly well in Paula’s Story. And the fact that Paula wrote all the lyrics herself, with Jo Collins adding the music, makes this even more powerful. Paula may have been born with this condition and told she wouldn’t be able to communicate, but through this show and her words, it’s clear this was a complete misconception.

While this is a hard hitting show, with a strong message about the difficulties and isolation a family face, there are moments of light relief and humour that break the emotional tension. Overall Paula’s story is about one thing – love, and the power of a family’s love to overcome incredible difficulties.

The final moment of the show is the song Paula wrote with the composer, Jo. On one of her first visits to Chickenshed she wrote these words about her Mum, which Jo put to music. By the end there was not a dry eye in the house.