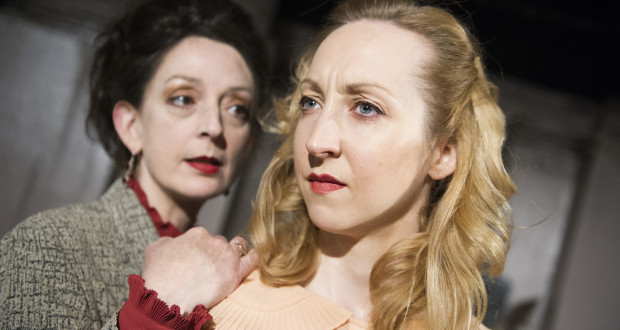 Pros: An enjoyable period play with strong characterisation, which evokes strong feelings about the injustices of the past.

Cons: I felt the set was too far from the audience and the writing was a tad clunky in places.
Women of Twilight, Pleasance London – Review

Pros: An enjoyable period play with strong characterisation, which evokes strong feelings about the injustices of the past. Cons: I felt the set was too far from the audience and the writing was a tad clunky in places. The latest production at the Pleasance Theatre in Islington sees Women of Twilight return to the stage after a successful run at the White Bear Theatre last season. As a hangout space The Pleasance lives up to its name. The chirpy staff and apartment style front of house, with its sprawling sofas and walls of photographic stills from previous productions, make&hellip;

An intelligent revival of a deeply evocative play from the post war era. Highlights some important points in the struggle for women’s rights.

The latest production at the Pleasance Theatre in Islington sees Women of Twilight return to the stage after a successful run at the White Bear Theatre last season.

As a hangout space The Pleasance lives up to its name. The chirpy staff and apartment style front of house, with its sprawling sofas and walls of photographic stills from previous productions, make it a relaxing place to while away a couple hours. Great for a play like this, which leaves plenty of room for post theatre discussion.  Additionally, Women of Twilight is a play which really deserves to be seen by many more people, so the move from The White Bear to the higher capacity Pleasance seems like a natural choice.

First coming to prominence in 1951, despite a film adaption the following year, Sylvia Rayman’s work about ‘fallen’ women is a sadly neglected play which still has the power to resonate with modern audiences. When the play was first shown it caused quite a stir. Some struck an incredulous tone, labelling it ‘sordid’ and ‘hysterical’, though many rightly reflected on its ability to strengthen public consciousness about social prejudices towards unmarried mothers.

The play opens on the set of a clapped out boarding house bedsit, complete with damp, peeling brown wallpaper, rudimentary kitchen table and low single beds. When the genteel Christine (played sympathetically by Elizabeth Donnelly) arrives from hospital with her new born son she is shocked at her squalid surroundings. Expecting nursery facilities and a private room, she must pay a three guinea sum to share with two other complete strangers.

Yet, with a new baby and a husband in America she has no other choice but to go out to work and make do. After all, there many are other women like her, suffering a similar fate at the hands of Landlady Helen (played with silken malevolence by Sally Mortemore). A cross between Margaret Thatcher and Cruella De Ville, Sylvia Rayman took a page out of the Dickens’ book of villainy when she wrote her. Though Helen claims through hissed speech and wide eyed innocence that she has the women’s best interests at heart, the play becomes one of unyielding crisis, child neglect, exploitation and much worse. Pregnant widower Vivianne (played with gravitas by Claire Louise Amias) arguably receives the worst of Helen’s malice. Yet there’s no more here than on any given Sunday in the hugely popular Call The Midwife.

Shocking in its day, the play has lost some of its bite. Despite this I found it extremely watchable. I enjoyed the costumes, hair styles and strong all round performances. The 1950’s tone was distinctive; it showed how rigid class attitudes were then, and how the shame of having a child out of wedlock transcended other taboos of the day. Themes of friendship and the endurance of the human spirit were touchingly explored too. It was also fascinating to see how well this revival holds up; though squarely in the genre of melodrama, I did not feel the impact of the issues were diminished by time.

Sixty years later we still live in an era swamped with heartbreaking reports of failing social services, domestic abuse and child poverty. Single mothers still face social stigma. Many of the most vulnerable still have no alternative but to live in shelters. Sadly, there will always be unscrupulous individuals who seek to exploit the least fortunate for their own means. This is a play with strong social conscience, which resonates as strongly today as it did then.

Previous: Out of Order, The Courtyard – Review
Next: Modern Jesus, The Nursery – Review