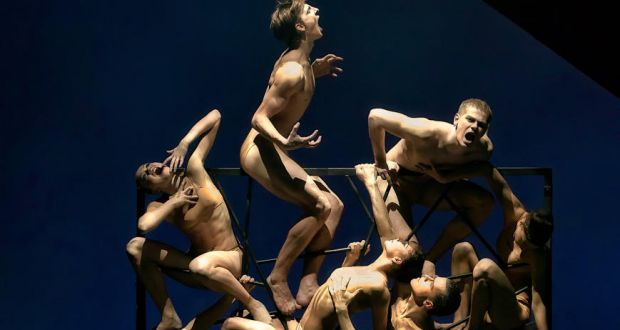 Author: Everything Theatre in Features and Interviews 30 April 2014 0 673 Views

Russian choreographer Boris Eifman is renowned for his uniquely theatrical productions. Following a successful stint at the London Coliseum in April, he spoke to Gwendolyn Smith about his most recent works.

A lithe, muscled body is elevated on the stage. It hammers at a fleshy mound of arms and legs. Each arc starts with grace but ends in a splintering crack. As the curtain begins to fall, the strikes continue to whip through the auditorium.

The man next to me raises his eyebrows in gentle mockery but the elegant woman with a chignon behind is frozen in her seat behind me, eyes wet. As the curtain comes back up the audience is faced with a line of ballet dancers and their choreographer, Boris Eifman. He is dimunitive in comparison with the rest of the company. 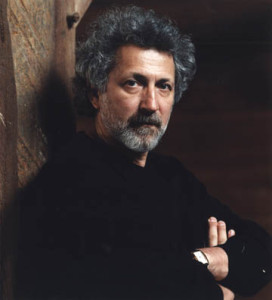 Rodin, a ballet choreographed by Eifman, which ran in April in London’s Coliseum, tells the story of the 19th century French sculptor Rodin and his muse and mistress Camille Claudel. Theirs was a fraught, passionate affair, and Claudel was eventually committed to a mental asylum.

Although hardly the dance of the sugar plum fairy, such tortuous instances of humanity are, Eifman tells me, the perfect subject for a ballet. “In daily life there are a lot of moments of diplomacy, of full cooperation, and people are more motivated to coexist together. But if you think about the extreme moments, those are the times when people show their true nature.”

In this airy conference room, Eifman doesn’t look like the sort who deals in extreme emotion. He sits with a shy smile on his face in a white, open-necked suit. His skin is olive and lined and tufts of his hair frizz into a short, silvery afro. He’s endearingly ursine.

Still, his ballets tell other stories. Rodin charged from one manic interlude to the next. The dancers pounded around the stage from one leap to another. Each step seemed to be a double-jointed contortion of hysteria.

The choreographer’s critics have castigated his style. The Guardian’s dance critic, Judith Mackrell, wrote in a review of Rodin: “The nuances of [Rodin and Claudin’s] story are almost entirely crushed under the splashy melodrama of Eifman’s narrative method.”

I ask Eifman how he responds to this level of criticism. “The opinion of the audience is the crucial one and the one that I listen to,” he replies, or rather, does his prima ballerina-esque translator. He finds reading criticism interesting, especially when he can find out about new ideas in the field, but he still admits, “there are some critics who use controversial works for a sort of self-PR.”

Enjoying something visually and aesthetically is not enough these days. When people choose their entertainment, they try to go away from reality

He tells me his style is a theatrical bid to “give dance back to theatre,” and create a “new, modern fusion of dance”. He believes that dance and theatre were originally one art at the start of the 19th century, and he wants to return to this symbiosis. Whether or not the style entices larger audiences is something that interests Eifman.

The Russian dialogue murmurs on more expressively and for longer than it did, say, when I mentioned the critics. He says: “Theatrical ballet draws a wider audience because enjoying something visually and aesthetically is not enough these days. When people choose their entertainment, they try to go away from reality and to do that you have to be emotionally attached to what you see.”

So the shock factor is what Eifman believes keep his audience engaged. He even tells me that his performances “can never be compared to the internet” in terms of the thrills they bestow on the beholder. Eifman has such a jollily modern sense of PR, I half expect him to begin talking about Clickbait. 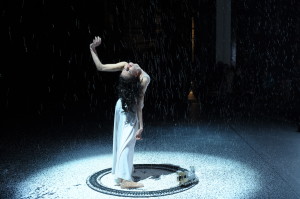 Yet we go off on another tangent. Eifman’s Camille Claudin (danced by Aigerim Beketayeva) is, for me, a disappointing and one-dimensional portrayal of a woman. Most of her moves are fragile and submissive and she’s seemingly endlessly penetrated by the leaping superhuman figure of Rodin (Dmitry Fisher), moulding in and out of his sculptures at his will.

Perhaps this is, to an extent, an accurate depiction of a woman’s fate in the early 20th century. But a quick Google search proves Claudin was hardly a simple character; a few understated, nuanced moves would have made for a compelling portrayal. At the moment, it seems, well, a bit sexist.

“Being a choreographer and directing people, you need to fully understand the human nature of men, women, children, and animals,” he says. When he was writing his dance adaptation of Anna Karenina, which ran after Rodin at the Coliseum, he says that he “tried to put myself in her shoes and make myself go through the same emotions and worries that Anna did.”

Unfortunately, earnest as Eifman’s intentions sound, it seems that his aesthetics and his theatricality are too similar. Eifman’s dancers are famously tall, something that is based on the fact that he sees ballet as “a game of beautiful waving lines.”

Being a choreographer and directing people, you need to fully understand the human nature of men, women, children, and animals

“The longer the line is,” he says, “the more visually appealing it can be.” But emotions don’t just stretch and wave beautifully. They shrink and hide and seep out in the tiny motions of life. Eifman’s failure to present this in his choreography is undoubtedly the reason why his characters are so limited. In spite of this, the choreographer’s dedication to experimentation is impressively tenacious.

I tell him about the recent Channel Four programme, Big Ballet, which follows a plus size troupe of dancers who train to perform Swan Lake. He giggles; his teddybear eyes glint.

His translator, who is also laughing, tells me that Eifman believes that this is “totally normal.” “Lots of people are experimenting right now,” he says.

And perhaps that’s Eifman’s real problem. Back in the Coliseum, the Russian woman is still silently crying as the curtain is finally drawn. Her friends draw in close, whispering in foreign yet unmistakably reverent tones. The British guy to my left roots around to see if there’s anything left of the half time ice cream.