Home » Features and Interviews » The Chickenshed Theatre: Artistic Diversity at its Best 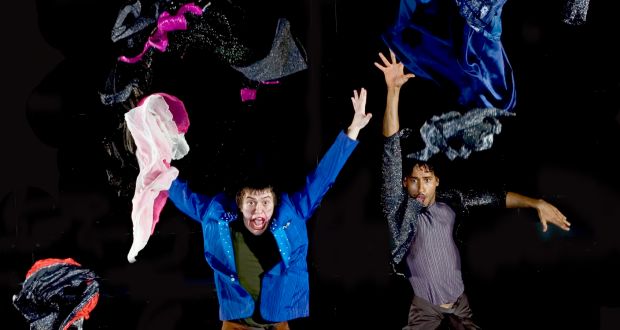 The Chickenshed Theatre: Artistic Diversity at its Best

From a run-down shed to a purpose built theatre of their very own: Lily Middleton takes us back over 40 years of determination and success from the Chickenshed Theatre.

Many cultural venues strive for true diversity and inclusivity. Few, however, have mastered it as successfully as the Chickenshed Theatre. Founded in 1974 by Jo Collins, a musician and composer, and Mary Ward, a teacher and director, the Chickenshed was born out of their belief in “harnessing the creativity in everyone and anyone” – a belief still present today.

At the Chickenshed, differences are celebrated, and their performers cover a huge range of ages and abilities. The result is truly inclusive and memorable theatre. With their vision of a society that enables everyone to flourish, the Chickenshed creates extraordinary theatre that “celebrates diversity and inspires positive change”.

Working with people who have a different life experience to yours is fulfilling for you as well. It’s a two-way process.

Their recent production, An Awfully BIG Performance, was a celebration of the theatre’s extraordinary work over the last 40 years and featured 659 performers. The passion of Jo Collins, one of the founders, is contagious as she explains that her main goal is to change people’s perceptions of people who are different or disabled: “Working with people who have a different life experience to yours is fulfilling for you as well. It’s a two-way process.”

The Chickenshed began in church halls. The company soon found this limiting – having to leave because the Brownies needed the space, Jo explains, was far from ideal. They wanted their own space – somewhere their growing creativity could flourish. Lady Elizabeth Byng, a landowner in Hertfordshire, was a keen supporter of Jo’s work and offered her the use of an empty chicken shed on her land. 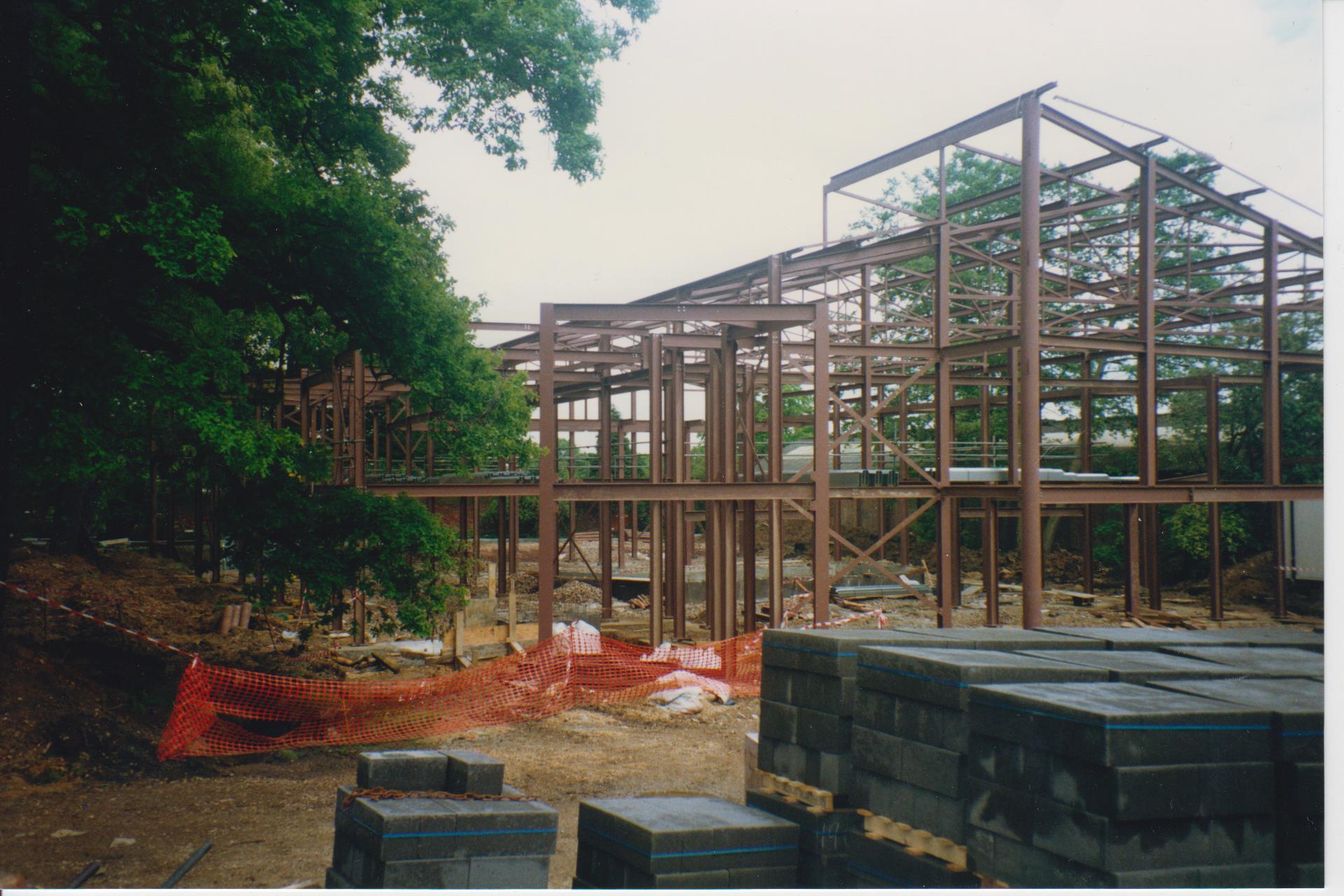 When the land changed hands years later, the company found themselves back in church halls and more frustrated than ever. While searching for a new space they decided to pursue support from outside sources. Luckily one of the parents was a friend of Dame Judi Dench and Michael Williams, who fully supported the Chickenshed after seeing a production there. They gave the Chickenshed the Piccadilly Theatre for a night, inviting all their contacts including a Lord and Lady Rayne. Falling in love with the company, Lady Rayne became President of the Chickenshed in 1988 and enlisted the help of the Princess of Wales. In 1994, after years of tireless fund raising, their purpose-built Rayne Theatre opened. The first performance in the new space received a standing ovation, despite seats still being screwed down as audience were arriving. Over the next 21 years funding grew and the company were able to expand. The rest, you could say, is history.

A lot of us lost our hearts to this place, it became our passion. It was as important in our life as our families. 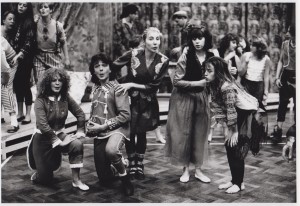 1989: Cast members in a Gala Performance

Louise Perry undertook the daunting task of directing An Awfully BIG Performance. She describes her role as taking all the ideas and energy from many creatives and shaping these into a performance that tells a story, as well as being retrospective of the Chickenshed’s history. Love of the theatre’s sentiment and diversity, she explained, made this an easy task: “A lot of us lost our hearts to this place, it became our passion. It was as important in our life as our families.”

With this landmark production, Louise faced the challenge of engaging completely new audiences in addition to the avid Chickenshed fans. She felt it was important that people who are closely linked to the Chickenshed felt part of it, but also that new audiences should be able to understand the breadth and vision of their work.

These people belong together. A 74-year-old, a 7-year-old – individuals who would be separated elsewhere are together here.

With such a large cast, Louise was conscious that everyone should feel that their voice was being heard. She said “If you have 800 people who are fully engaged and passionate about the work, this can be so much easier than just having two people.” She explained that the simple set is “just about providing a frame for the beauty of the people who are on the stage – if you give them that and trust them, they will always come up with the goods.”

Cast members of the 1989 Gala Performance. All four returned to sing in An Awfully BIG Performance in 2014

The cast members, Louise said, are “individuals who gave themselves to us, trusted us, allowed themselves to be stretched in every way and trusted that would tell the story”. She explained that the company wouldn’t have the chance to work together anywhere else: “These people belong together. A 74-year-old, a 7-year-old – individuals who would be separated elsewhere are together here. “

Lauren began the BTEC Extended Diploma in Performing Arts when she was 16 and immediately felt like a part of the family. She fell pregnant during her time there and says that the staff were fully supportive of her, allowing her to complete the course. After two years out to care for her son, she returned to the Chickenshed to do a Foundation Degree in Inclusive Performance, and again the staff were fully supportive of her working around her family responsibilities. She has since had a daughter who is involved in the company.

Diversity exists in every community, it’s just how far you’re willing to open your eyes to acknowledge it, see it, celebrate it.

Lauren will also be involved in the Chickenshed’s next production, Paula’s Story. Paula Rees is a member of the Chickenshed who was born with cerebral palsy, and the production tells the story of her family’s fight for Paula to be seen as more than her condition. “The fight for all humans to be acknowledged for what they can do runs to the core of Chickenshed’s ethos, making this play as relevant today as it was when first performed in 1993”. 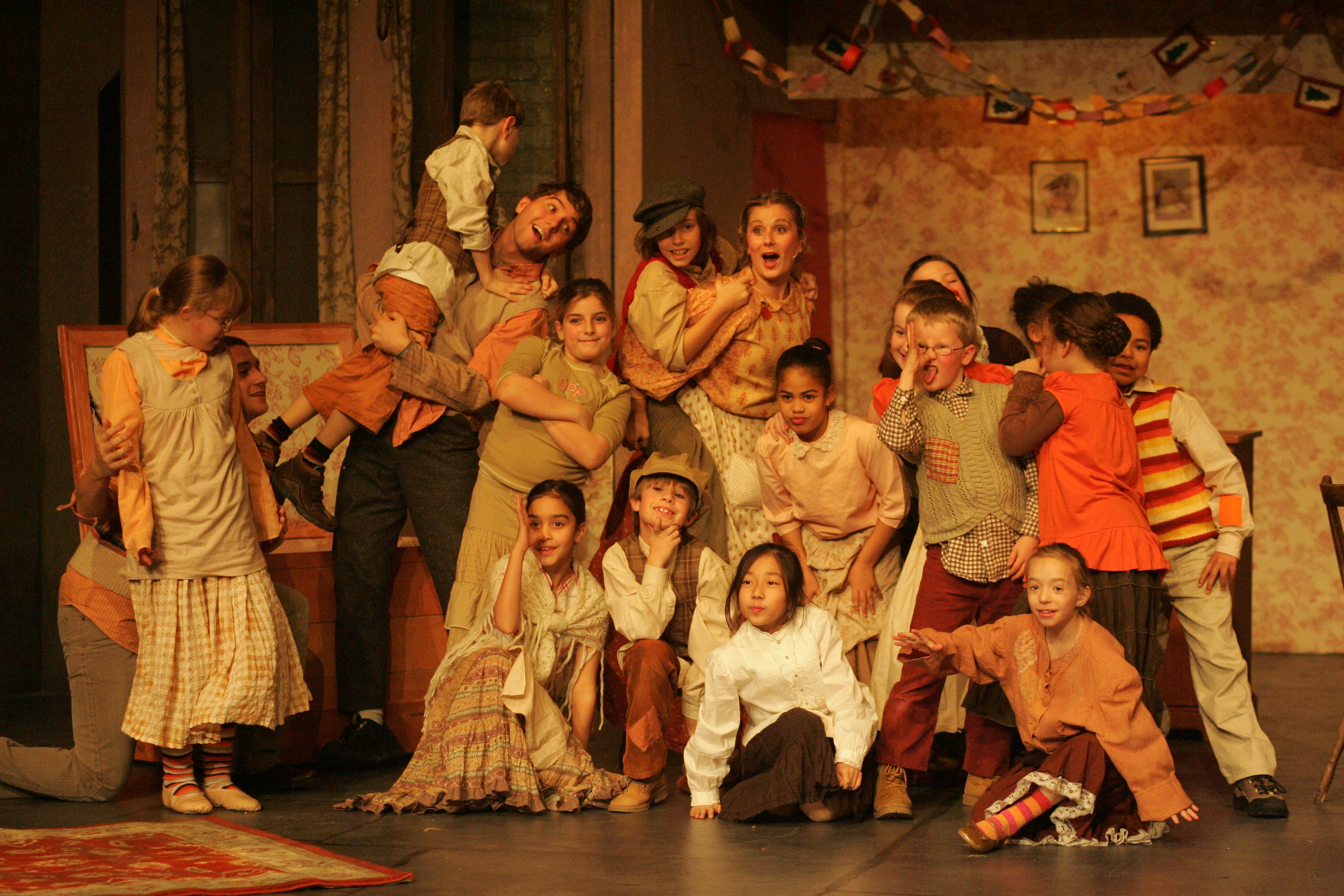 Happy Family: The Cratchit Family in A Christmas Carol, 2007

Mary and Jo, the original founders of the Chickenshed, have been recognised for their outstanding contributions to inclusive theatre, and the Chickenshed continues to grow. Helping other areas set up their own ‘Sheds’ so as to follow in their footsteps demonstrates the impact of the Chickenshed’s work. The Sheds are reaching as far as Russia and, with China interested as well, the Chickenshed looks set to be an unstoppable force.

What the work of the Chickenshed Theatre demonstrates with its dedicated followers and commitment to equal opportunities for all, is that diversity is not just a box to be ticked; it is a fact of life that the Chickenshed wholeheartedly embrace. “The issue of disability isn’t the thing”, Jo explained: “It’s about the positive aspects of diversity. Diversity exists in every community, it’s just how far you’re willing to open your eyes to acknowledge it, see it, celebrate it. We’re not limited by the process of over analysing it, we just exist within it.”