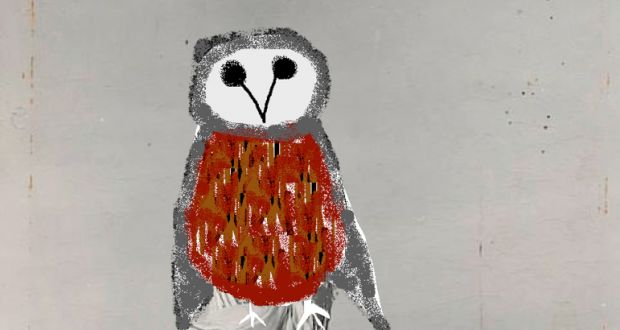 Pros: Sweet and gentle. An intimate and reflective audience experience.

Cons: The humour in the piece feels forced and falls a little short. The show as a whole is a little half-baked.
Puffball, Battersea Arts Centre – Review

Pros: Sweet and gentle. An intimate and reflective audience experience. Cons: The humour in the piece feels forced and falls a little short. The show as a whole is a little half-baked. Whatever you’re going to see, a visit to Battersea Arts Centre is always a treat. In fact, I recommend heading to its friendly café-bar even if you aren’t watching a show. There’s certainly lots going on – whether it’s the various performances taking place in rooms buried in the farthest reaches of the old town hall, or the Connect Four/Twister/balloon keepy-uppy games going on in the foyer&hellip;

A well-intentioned and charming performance but fails to develop into a fully satisfying show in its current shape.

User Rating: Be the first one !
Whatever you’re going to see, a visit to Battersea Arts Centre is always a treat. In fact, I recommend heading to its friendly café-bar even if you aren’t watching a show. There’s certainly lots going on – whether it’s the various performances taking place in rooms buried in the farthest reaches of the old town hall, or the Connect Four/Twister/balloon keepy-uppy games going on in the foyer (part of the Play Festival).

Tempted as I was to test my co-ordination skills with the balloon (which I already know are pretty awesome) I was here to see Puffball. The performance took place in the Staff Recreation Room; an intimate space decorated with bare trees, owl ornaments and other curiosities. Onstage were two desks, one with an adjustable desk lamp and another with a mixing console and keyboard. My interest was piqued – what were we in for?

The tone of Puffball is light and conversational. Performers Caroline Williams and Ed Dowie chatted with each other with an easy fluency and addressed the audience without putting us on the spot for input. The audience felt involved, examining the owl ornaments that were passed around, and taking part as we all took flight as a group of owls, without being pressured to interact with the performers.

The show shifts between the comic tone of the Owl Fact segments (announced by a jaunty theme tune on the keyboard and a shiny sign held aloft by Williams) and the more serious feel of the narration of Puffball the owl’s story. Although Williams drew us into the turmoil of the lonely owl, the comedy never sits completely comfortably in the show. The result is that the play is almost funny, but never quite gets there. The delivery of Williams and Dowie is awkward during the more jokey elements of the show and they never get proper laughs.

Puffball’s story however is touching and provides some very sweet moments for the audience. The narration is accompanied by gentle music from Ed Dowie on the keyboard and projections of Puffball illustrations. Although the drawings are not scientifically accurate, and most probably (definitely) concocted on Windows Paint, they help to personalise the tale. As does the desk lamp, which comes to represent the ailing bird, with movements reminiscent of the adorable Pixar lamp.

There were some terrific quiet moments for the audience too, such as early on when we were asked to close our eyes and imagine we were owls all alone in the forest. At the end of the show, there was quite a profound section where we watched as Williams listens to Puffball’s song on headphones, quietly singing along, as projections of Puffball became photos of the real owl that Williams cared for a number of years ago.

However, the feeling at the end of the show is that there is something missing from the performance. The themes of independence vs. attachment, fear, and healing are introduced but never fully explored. There were lots of nice individual parts to the show but I feel they never come together to mean anything more. Yes, we did get the closure of Puffball’s personal story ending happily, but there is still a lingering sense that the whole evening lacks a definitive purpose and certainly some cohesion between the varied elements that make up the performance.

Ultimately Puffball is a worthwhile experience, though at £12, it is a little pricey for 45 minutes. Its whimsy and earnest charm are enough to keep you entertained though some further development could make a more solid and meaningful show.