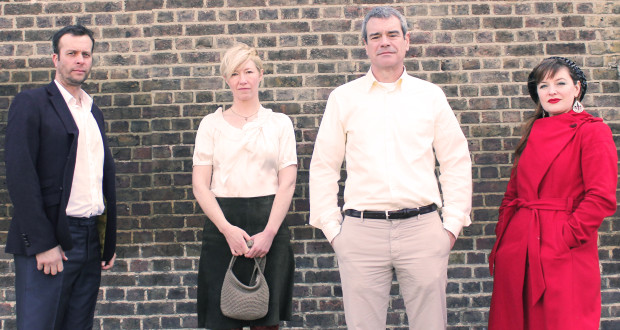 Pros: Smart set, professional acting and a rich, compelling storyline. Cons: Virtually none, although it wasn’t particularly groundbreaking. I met the perfect girl online recently. Her name was Sam, she loved going out with her mates, was great in bed, and didn’t want to rush a relationship. We met up for the first time the other day, but to my horror, Sam was in fact a man. I felt so betrayed: everything Sam said had been a lie – well, except for the ‘great in bed’ bit… Companion Piece at Pleasance Theatre involved two people who had found each&hellip;

A clever and accomplished piece of writing that was performed admirably and that progressed in an unexpected but intriguing manner.

User Rating: 3.65 ( 1 votes)
I met the perfect girl online recently. Her name was Sam, she loved going out with her mates, was great in bed, and didn’t want to rush a relationship. We met up for the first time the other day, but to my horror, Sam was in fact a man. I felt so betrayed: everything Sam said had been a lie – well, except for the ‘great in bed’ bit…

Companion Piece at Pleasance Theatre involved two people who had found each other via the internet. There’s Leonard, a nervous and meek computer repair guy with an endearing twinkle in his eye. And then there’s Dolores, a heart-on-her-sleeve cat lover with a penchant for talking too much to calm her own frayed nerves. Years on the single shelf have left them both about as confident and bubbly as Kim Jong-Un’s personal trainer.

Living an hour and a half’s flight away, the couple had previously resorted to online chatting and Skyping to keep their relationship going. Now Dolores is in town on a business conference, and the two can finally meet in the flesh for the first time. In Dolores’ mind at least, ‘flesh’ is the operative word. Let the middle-aged sparks fly…

I was pretty much gripped from the off. I could almost tell from the quality and detail of the set that this was going to be a highly professional and entertaining production: it was made out to look like Leonard’s apartment – a kitchen bar, cupboards, sofas, doors etc – it left nothing to the imagination. The fact that the set was so solid and unmovable indicated that the play would be more concerned with dialogue and character development rather than – as I’ve seen in a lot of shows recently – the frantic whizzing through of different scenes and locations to accommodate an over-intricate plot.

Plays don’t need to be complicated – in fact they shouldn’t be if you’re to afford that essential time to get to know the characters. Here, Leonard was the main focus, supported by Dolores and two others. There wasn’t masses of action, but that wasn’t the point: instead it was to uncover layer by layer the reasons why Leonard had been alone for all these years.

It definitely helped that the acting was so convincing, with Mark Arnold quite excellently standing out as Leonard. It was also a wise move to cast genuine Americans in the roles (because the play was set in the US, not because I have some weird obsession with Americans…) At times, it felt the actors were improvising, which added a nice natural element to some of the dialogue, in particular Leonard and Dolores’ courting.

All in all, Companion Piece is an excellent production that’s definitely worth seeing. I suppose in the grand scheme of things, it doesn’t reach the higher echelons of “OMFG what the Dick Van Dyke did I just see” (or whatever it is theatre aficionados say to each other when they’ve had their socks blown off), but it was well-constructed, well-paced and captivating in equal measure. And it had a surprise at the end. Oh, and full-frontal nudity. A bit like the time I met Sam.
Author: Kevin Armento
Company: Concorde Theatre Company
Director: Abbie Lucas
Producer: Gemma Lloyd
Booking Until: 30th March 2014
Box Office: 20 7609 1800
Booking Link: https://www.pleasance.co.uk/