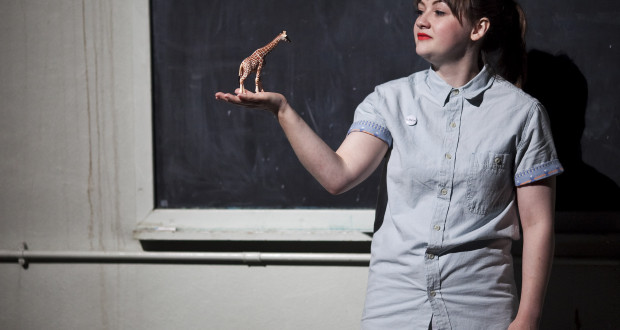 Cons: I didn’t understand some parts of it and there was a degree of confusion along the way.
Flâneurs, Battersea Arts Centre – Review

Pros: Impressive handling of very sinister subject matter. Excellent audience involvement and imaginative use of an overhead projector. Cons: I didn’t understand some parts of it and there was a degree of confusion along the way. Empathy is not a strong enough word to describe how I feel after seeing Flâneurs. The piece is an exploration of innermost feelings when faced with violent confrontation. Not theoretical or dictatorial in the least – through narration and pre-recording of violence in the streets of Edinburgh, it makes you feel the effects of taking part in, watching and hearing about violent acts.&hellip;

Simultaneously charming and sinister, allowing the audience to reflect upon the reality of the world in which we live.

Empathy is not a strong enough word to describe how I feel after seeing Flâneurs. The piece is an exploration of innermost feelings when faced with violent confrontation. Not theoretical or dictatorial in the least – through narration and pre-recording of violence in the streets of Edinburgh, it makes you feel the effects of taking part in, watching and hearing about violent acts.

Heavy stuff? Not at all. Jenna Watt’s delivery is charming, polite and warm, and it creates a feeling of safety in the performance space. The idea of audience interaction can strike fear into audience members, but Watt makes it okay to decline. The style is incredibly clever and subtle, and the experiences presented throughout the play resonate long after their moment has passed onstage.

This is very personal storytelling. Watt gives context about her life, her town and her friends. She peeks into the violent events of friends and strangers, but also captures the levity of life. In questioning herself, she reflects much of what we all feel. We all like to think we’re tough and can handle ourselves; we all like to think that we wouldn’t be a bystander when witnessing violence. Flâneurs forces us to be more honest with ourselves.

There was bit of confusion between myself and my companion. I thought there was one attack survivor narration – he thought they were several people. I thought it was a woman, but Jenna referred to it as speaking as the voice of her male friend. Although there’s a range of things in this show that aren’t explained, you’re expected to feel it. I like art that doesn’t feel the need to spell things out, so maybe other people felt clearer on it – but maybe not.

The setting was very clever – an undersized chair, a projector and a miniature landscape with a giraffe representing her friend, an attack survivor. The latter was depicted as a giraffe as that is how she saw him. In this way, she cleverly brought an absent person to life and imbued qualities in him in such a manner that it didn’t feel as though we were being lectured to. She retains the curious. Why is she numbering tomatoes? What are those things hanging from the ceiling? Despite the stage’s sparseness, it was full of intrigue.

I loved the use of the overhead projector. I’ve seen this many times before and the cynical part of me wonders if it’s because everyone’s chucking them out in favour of Powerpoint, but her use was incredibly clever. She dropped blood on it at rattling moments of narration. She swung it forward and back as the scale of things in the piece bore subtle undercurrents of meaning. Most interestingly, she created simple locations – a city, a house, a street – and then populated them with people as her narrative grew, intensified and developed. It’s simple but powerful, the colours contrasting each other and effectively painting the emotions of the story in an illuminated canvas.

There were one or two moments where an emotion felt rehearsed, but they were rare. Overall, the effect was so powerful that it was possible to explore complex personal emotions we’re usually terrified to look at, yet alone discuss.