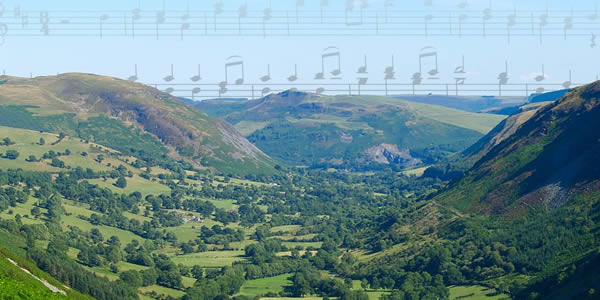 Cons: Production was a bit ambitious for the tiny space, and in terms of directional style it felt like a trick was missed.
Valley of Song: A Musical Romance, Finborough Theatre – Review

Pros: Some very, very good, stand-out performances, and lovely songs. Cons: Production was a bit ambitious for the tiny space, and in terms of directional style it felt like a trick was missed. Valley of Song was the last, unfinished work of composer, author and actor Ivor Novello; one of the most eminent British entertainers of the early 20th century. He was known widely for the infamous Keep the Home Fires Burning, a song enormously popular during the years of the First World War and an enduring, iconic sound of the era. After Novello died in 1951, Valley of&hellip;

A very well performed, charming revival for the WW1 centenary that feels undeveloped.

Valley of Song was the last, unfinished work of composer, author and actor Ivor Novello; one of the most eminent British entertainers of the early 20th century. He was known widely for the infamous Keep the Home Fires Burning, a song enormously popular during the years of the First World War and an enduring, iconic sound of the era. After Novello died in 1951, Valley of Song was completed by one of his long time collaborators, Christopher Hassall but was never performed on stage.

Rescued from obscurity by the Finborough Theatre this year, the piece is performed on stage for the first time. It has been revived not only to fit with the Finborough’s Celebrating British Music Theatre programme but also as part of its The Great War 100 project. This is a new occasional series of productions programmed intermittently between 2014 – 2018 to commemorate the centenary of the First World War. Valley of Song fits the bill well. It tells the story of Lily, a leading soprano in a small choir in a welsh village in 1913. Lily is adored by her choirmaster David. However, a settled life of happiness in the small town with David does not suffice. Lily has big talent and big dreams. When a chance to move to Venice and pursue a career presents itself, she jumps at it, and into the arms of wealthy Venetian Count Ricardo. However it soon turns out that perhaps Ricardo and stardom in Venice is not necessarily what Lily truly wants. But with the advent of the Great War she realises that the life of simple happiness she so carelessly abandoned may be at risk.

It’s fair to say that the play is very much of its time. Unfortunately the storyline is quite predictable and romanticised but the songs are very beautiful and extremely well performed. Katy Treharne (Lily) has a beautiful voice and there are some accomplished and comic performances from Lee Van Geelen (Gwilam) & Linford Hydes (David). Another lovely element is that the entire 2:15 production is accompanied by a live, and very talented, pianist. However, at times some of the singers are slightly drowned out by the piano, which is a shame.

The stage space at the Finborough is fairly intimate and the play involves a lot of company songs and choral work so, occasionally, the actors felt cramped into the space. The staging was naturally very simple, given the space restrictions, but there was a cleverly designed and lit backdrop used throughout the piece.

There were points where it felt as if there was some overacting going on. This may have been purposeful, as I said the play was very much of its time, fairly romanticised and simplistic. However, if this was the intention, it felt as if the style wasn’t quite developed enough. For this to have been more successful, the piece could have been further stylised to give the impression to the audience member that they had stepped back in time to see how it may have been performed during Novello’s time. After all the strongest elements of the play for me were the charming songs and fairly melodramatic, simplistic sentiments around love and the war. It felt that this was recognised and partially present in the performances and direction but were underdeveloped and therefore the overall impression was that it was lacking.

With the forthcoming centenary, there has already been much discussion on how we should remember the First World War and what the correct way the frame the commemorations and cultural outputs should be. The debate is far too thorny and highly developed for me to even skim the surface here. But I think reviving work like Novello’s is a worthy endeavour. It is, after all, the work of someone who did live through the era and therefore his perspective is tremendously valuable to the wider picture; whether we feel it’s overly simplistic, far removed, or not. However, this piece, though very well performed by the company, felt as though it didn’t quite do the revival justice.

Previous: The Factory: changing the rules of theatre?
Next: Woman in the Dunes, Theatre503 – Review