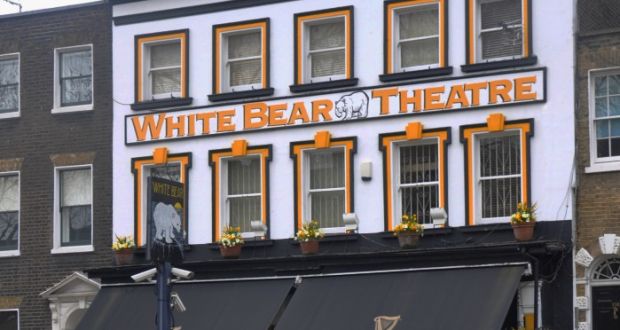 Everything Theatre's Scripts Spotlight will run from 5th-8th February at the White Bear Theatre in Kennington.

Author: Everything Theatre in Features and Interviews 16 January 2014 0 35 Views

We are delighted to announce our latest initiative, Everything Theatre’s Scripts Spotlight Week.

At Everything Theatre, one of our main aims is to share our infectious enthusiasm for theatre with a wide audience. In doing so we hope to get more people into the arts. We also strive to give practitioners at all levels the opportunity to share their work.

With this in mind, we have put together a selection of scripts which will be presented as part of a week of new writing. Our aim is to share them with theatre-goers old and new. New writing theatres are often in possession of a number of excellent scripts, so here’s your chance to hear six of them first!

From Wednesday 5th – Saturday 8th February we will be showcasing a diverse range of truly outstanding scripts. Moreover, the White Bear Theatre is offering the opportunity of a full production based upon audience feedback. Yes, it is you who will be putting scripts under the spotlight!

Thu 6th February at 7:30pm
Walking to the Sun by Vivek. V. Narayan. (Excerpts)
Fingers Crossed by James Rushbrooke. (Excerpts)
You can reserve your place here!

Fri 7th February at 7:30pm
Scottish Widows by Grae Cleugh. (2 monologues)
All the Way to Albuquerque by Henry Martin. (Excerpts)
You can reserve your place here!

Sat 8th February at 7:30pm
I am Don Quixote of La Mancha by José Ramón Fernández. Translated by Andy Dickinson. (Full reading)
You can reserve your place here!

A more detailed programme with show descriptions is available below.

We look forward to seeing as many of you there as possible.

Back in 1989, Juan Solari gained a BA in performing Arts from the National Institute of Fine arts in Mexico City . He extensively worked as an actor in theater plays and TV series in Mexico and before coming to live in London in 1999 he directed several miniseries for Mexican TV.

Once in London he did an MA in Audio-Visual Production and film making at London Metropolitan University and in 2003 he set up Solar Dreams Productions Ltd, a video production company based in London.