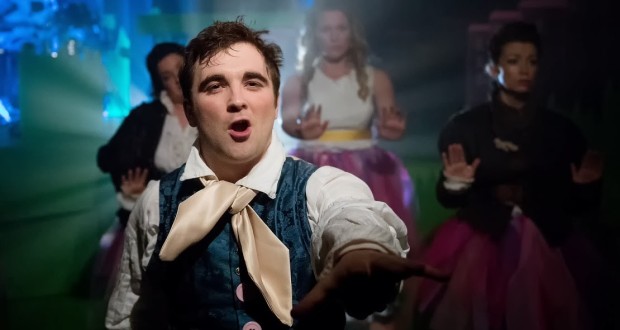 Pros: All your favourite panto moments delivered in a fresh and fabulous way. Absolutely hilarious script and top drawer comic performances backed by a talented company of singers.

Pros: All your favourite panto moments delivered in a fresh and fabulous way. Absolutely hilarious script and top drawer comic performances backed by a talented company of singers. Cons: This production needs a bigger theatre so that more people can see it – it’s great. Pantomime – a Christmas tradition that’s a bit like marmite. Having grown up on foreign shores I was introduced to Christmas pantomime late in life, when my own children reached school age, so I have not seen that many. I absolutely love a good one and this production is far and away the best&hellip;

This is panto at it’s very best. If you see one pantomime this Christmas, make it this one!

Pantomime – a Christmas tradition that’s a bit like marmite. Having grown up on foreign shores I was introduced to Christmas pantomime late in life, when my own children reached school age, so I have not seen that many. I absolutely love a good one and this production is far and away the best I have seen. Forget your glitzy, traditional fairy tales stuffed with B list soap stars bereft of talent, this production by the innovative Charles Court Opera Company has everything you could possible want and more. John Savournin manages to cram in all the bits you expect in a traditional format, but with an original story and minute after minute of both fresh and familiar comic material delivered with perfect timing. This is panto genius! The script is funny, really very, very funny, witty, clever elaborate and new, yet familiar enough to leave everyone comfortable in expectation. Apparently there is an adult only adaptation, which I can imagine would be hilarious as the humour in the family version touches on the double entendre but keeps it above the heads of the younger audience members. This is definitely a panto all the family can enjoy.

The musical score is absolutely brilliant. There are songs that you immediately recognise sung with adapted lyrics, as well as some completely original material that is so catchy that I found myself singing it in my head as I sipped my interval G&T. The musical director, David Eaton, does an amazing job of blending old and new tunes seamlessly, and takes the award for the finest comic adaption of Bohemian Rhapsody ever! The stage is small and crammed with the set, which on first appearance looks well crafted but a little basic. As the panto progresses, however, you realise that the set and props are incredibly versatile and that this clever use of the small space along with the highly effective lighting design and stage direction give the set a big stage feel. I take my hat off to all involved at Charles Court Opera and the Rosemary Branch Theatre for their polished and professional work.

The stars of the show are, of course, the cast and what a talented bunch they are! They can sing, that’s for sure, and the vocal performances are first class, with some harmonised choruses that sound like there are three times as many people on stage. That in itself makes for an enjoyable evening but these guys are funny too – flawlessly so, with critical comic timing and just the right amount of panto ham. I wish I had enough time to mention them all individually as they are brilliant, but I have to congratulate John Savournin (who also wrote and directed the show) in particular for his perfect performance as the panto Dame, the centrepiece of the show. He certainly looks the part and is excellent and essential in bringing the show to life, getting the audience involved. There are some well scripted moments, however, he really shines during the ad lib audience participation. Regardless of whether he is performing scripted lines or ad-libbing retorts to heckling, Savournin is hilarious and faultless.

This pantomime is stuffed with cheesey jokes and hammy performances, pitched perfectly at adults and children alike. The cast clearly enjoy themselves and the audience was raucous with laughter, heckling, singing and throwing by the end of the show. This is a fantastic panto and great night out. If you see one pantomime this Christmas, make it this one! 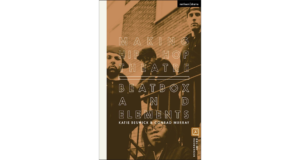