Home » Features and Interviews » Camden Fringe Audience Feedback: I Strongly Suspect He Would Have Grown Up To Do Great Evil

Camden Fringe Audience Feedback: I Strongly Suspect He Would Have Grown Up To Do Great Evil

Author: Everything Theatre in Features and Interviews 21 August 2013 0 414 Views 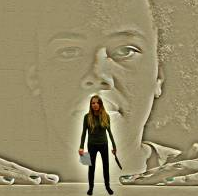 Jeff Thomas, London – ★★★★★
“While ‘nature vs nurture’ may ultimately be the theme of Ryan Rogers’ darkly comic one woman play, it’s by no means the only great ponderable under the spotlight in this shadowy, absorbing drama.

Through a highly dexterous, powerful performance, nineteen year old Livvy Lynch, unpicks the mysterious suicide note of the play’s title via the eyes of six characters, inviting us to contemplate religion, family, class, and the media (as well as the vagaries of test cricket!) and challenges us – in the aftermath of a truly horrific tragedy – to subvert our moral compass to consider whether, ultimately, any of it really matters.

Lynch is a captivating performer, displaying control and confidence which defies her years, effortlessly switching between Rogers’ disparate creations – a broken, alcoholic mother seamlessly morphs into a deliciously grotesque tabloid hack, a charismatic criminal transforms gracefully into an inquisitive academic, and a world weary teacher trades places flawlessly with a wide-eyed gypsy girl as the riddle gradually unravels.

In a play centering on filicide and suicide one would naturally imagine a dearth of light-heartedness, however, thanks to Rogers’ sharp-witted script and Lynch’s natural comic timing there are thankfully numerous moments of mirth to punctuate the macabre.”

Tagged with: Audience Reviews Big Audience Project Camden Fringe 2013 Collection Theatre I Strongly Suspect He Would Have Grown Up To Do Great Evil Lord Stanley Pub