Home » Reviews » Off West End » what happens to hope at the end of the evening, Almeida Theatre

what happens to hope at the end of the evening, Almeida Theatre

Pros: Simple, hilarious and entirely relatable with a great connection between the two performers.

Cons: May prove too simplistic for some.

Our Verdict: A cozy little performance that felt intense yet somehow lighthearted, all at the same time.

The Almeida Theatre was decked out in astroturf and plastic daisies as I entered. Done especially for 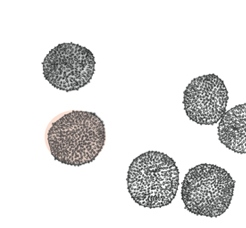 the Almeida Festival, I was loving the cool, outdoorsy feel as I stepped out of the hot sun. Now in a relaxed and breezy mood, I hoped the good times would continue and they sure did. What happens to hope at the end of the evening is an hour long performance, created and performed by Andy Smith and Tim Crouch and directed by Karl James. The piece is an insight into the lives of two friends who have drifted apart but have reunited for the evening. After a two year friendship hiatus, we see them catch up with each other’s lives, explore their changed characters and the dynamics of their friendship.

As the performance begun, the audience were immediately made to feel at ease. Not just with what was going on on stage but with each other. We were told to shake each others hands with a polite ‘Hi, how are you’ which made me smile and feel less formal with those around me. Smith also cracked a few jokes with the ushers before settling into his seat to begin the evening’s story. They had cleverly drawn us in, gotten our attention and now we were ripe and ready to enjoy the rest of the 60 minutes.

The first thing I can say about this piece was that it was wonderfully written. Whilst there may have been serious topics raised such as broken marriages, affairs and deep-seated resentment, it was also heavily peppered with hilarity. It was definitely a combination of the writing as well as the performances of Smith and Crouch’s duo that made it an hour of enjoyment. Crouch was dynamic as the unsettled, nearly-divorced friend who had come to visit the happily settled Smith in Manchester. He succeeded in making me dislike him, pity him, laugh at him and fear him slightly, all at the same time. Smith’s calm, weary, slightly annoyed performance was a contrast to Crouch’s hyperactivity, showing the parallels in personality. Smith was sat in the same seat reciting his lines throughout, whilst Smith’s nervous energy saw him bouncing all over the stage in a fit of hyperactivity. I was initially confused by the many pauses in dialogue but later understood that it added to the poignancy of the enactment, giving the audience time to think and take in the undercurrents of this unusual partnership.

Another thing I noticed is that the play is entirely relatable. I know I’ve reunited with friends I haven’t seen for years and seen their personality and lives change. I’ve felt the awkwardness of not knowing what to say, but then felt that familiarity of friendship slowly ooze out as it once used to.

The play was a simple one with minimal props, but their brilliant performances helped the audience create the settings through their own imaginations. It may have proved a bit too simplistic for some but my imagination was certainly revving as I envisioned the action surrounding the two performers.

I thoroughly enjoyed this piece. The short space of an hour was perfect for what it was and whilst I entered feeling relaxed and cool, I left feeling smiling and wistful. I could understand how some may leave wanting more from the performance, wanting some type of conclusion, but I was happy to see that the pair loved and hated each other. I could also see myself down the pub with these two, watching them spar, make up, get drunk and ponder life. Just my cup of tea.

What Happens to Hope At the End of the Evening runs until 18th July 2013 while the enitre Almeida Festival reaches its conclusion on 9th August 2013.
Box office: 020 7359 4404 or book online at http://tickets.almeida.co.uk/PEO/show_events_list.asp?shCode=287

Tagged with: Almeida Theatre Andy Smith Karl James Tim Crouch What Happens to Hope at the End of the Evening

Previous: Crookback, Etcetera Theatre
Next: Can You Hear Seagulls?, Upstairs at the Southern Cross 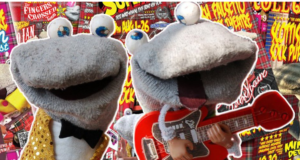 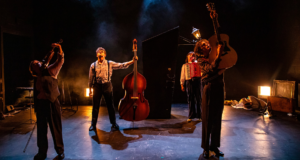 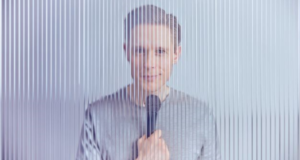 Review: Feeling Afraid as If Something Terrible Is Going to Happen, EdFringe 2022