You can use WP menu builder to build menus
Home » Reviews » The Audience, Gielgud Theatre 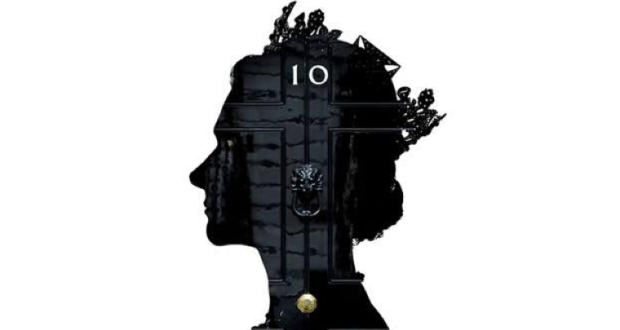 Pros: A stellar cast and stunning stagecraft, giving this production an almost ethereal feel. It is a funny, poignant and beautiful presentation of the Queen.

Cons: None.
The Audience, Gielgud Theatre

Pros: A stellar cast and stunning stagecraft, giving this production an almost ethereal feel. It is a funny, poignant and beautiful presentation of the Queen. Cons: None. It feels like a privilege to have seen this wonderful production. It has a very special quality and a magic you cannot put your finger on. During the interval there is a real buzz, an excitement in the audience as people chat about what they are witnessing. The word I heard over and over again was ‘extraordinary’. Every Tuesday at 6.30pm the Monarch holds an audience with the Prime Minister. This is not written&hellip;

User Rating: Be the first one !
It feels like a privilege to have seen this wonderful production. It has a very special quality and a magic you cannot put your finger on. During the interval there is a real buzz, an excitement in the audience as people chat about what they are witnessing. The word I heard over and over again was ‘extraordinary’.

Every Tuesday at 6.30pm the Monarch holds an audience with the Prime Minister. This is not written in the constitution but it has been traditional for a very long time. The Queen, of course, has reigned for sixty years as twelve incumbent PMs have come and gone and it is the contrast between them and the Queen herself that weaves the fabric of the script. From Churchill to Cameron, the politicians approach this meeting time in their own special style, bringing the nuances of their personalities and the politics of the era to the palace. It is wonderful dialogue, bursting with humour, insecurity, manipulation and gravitas. There are glimpses of very private moments and there is a real sense of the relationship between the monarchy and the government. More so, the personal relationships between the Queen and the statesmen are perceptible. Threaded throughout these encounters, are very intimate disclosures of the Queen as a woman, as she reflects upon her life and the passing of time. These moments are poignant, heartfelt and beautifully presented.

There is just so much to talk about, so many fabulous aspects of this production it would be easy to write for hours about them all! The magical thing about it is that so much of it is unexpected, not in a surprising way but because I have never experienced anything like it in the theatre before. The setting is befitting of a Buckingham Palace chamber with its sense of grandiose and luxury. The staging goes so much further than that though. It evokes an atmosphere created by intelligent sound and lighting which is so subtle and perfect you never notice it. The scene and costume changes are absolutely stunning, so brilliantly clever. The Queen appears to float through the years from young bride to grandmother seamlessly and serenely without a pause, it is simply amazing.

Of course, the very familiar characters are brought convincingly to the stage by a superb cast. Helen Mirren as Her Majesty is nothing short of phenomenal. Her performance brings so much to the character – a regal indomitability, a wicked humour yet a fragile vulnerability. Mirren presents complexities with credible ease, her sensitivity to the subtleties of the struggle between the public figure and the private woman is breathtaking. Mirren is joined by an outstanding group of actors, each irrefutably portraying the essence of the individual Prime Minister. Paul Ritter delivers raucous belly laughs as the bumbling John Major. Haydn Gwen gives us an inimitable force majeure in Margaret Thatcher. Robert Hardy as Churchill is simply excellent. The overwrought Gordon Brown is played with aplomb by Nathaniel Parker. Richard McCabe plays Harold Wilson with such warmth and palpable honesty, it is easy to believe the Queen would choose to spend time with such a man. And it doesn’t stop there – the supporting cast are unfalteringly perfect in their performances. There are simply not enough superlatives to give this cast just praise.

I cannot do this play justice in this short space. I cannot reveal the details and techniques employed that give it its immeasurable quality as this would detract from the impact. When big budget productions with well known accomplished movie stars hit the West End, your expectation is so high that the experience can sometimes not live up to it. The Audience exceeded my expectation on every level. It is extraordinary, simply wonderful. This is British theatre at its absolute finest.

Written by: Peter Morgan
Directed by: Stephen Daldry
Booking Until: The show is now runnign with a new cast until 25th July 2015 at the Apollo Theatre.
Booking Link: http://www.showsinlondon.co.uk/show/the-audience