Everyone Theatre is a series of interviews with leading theatre practitioners in London. It’s their chance to make the case for getting into theatre, on either side of the curtain.

What is Everyone Theatre?

Those of you who follow us on twitter will know that we’ve been promising a new ‘initiative’ for a long time now. Nearly 9 months after we first started planning it, we’re finally ready to launch it. Everyone Theatre is by far our most ambitious project yet. It will be comprised of at least 10 interviews, and learning from our last set of interviews (remember Everything Fringe?) we’ll be publishing them as podcasts and transcripts.

Why are we doing it?

Our primary aim is to ‘share our infectious enthusiasm for theatre with the man on the street’. We love theatre, but more importantly we want everybody to love theatre. But if you don’t believe us, how about hearing it from some experts? That’s what everyone theatre is – we’re going to ask leading theatre practitioners why they love theatre, why you should love theatre and why there are NO excuses not to get involved in theatre, on either side of the curtain.

Episode 10 – Michelle Flower, Co-founder and Organiser of the Camden Fringe 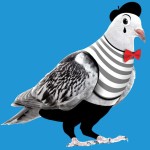 This episode, the final one in the Everyone Theatre Series, features Michelle Flower, co-founder and organiser of the Camden Fringe theatre festival. The Camden Fringe takes place every August and is now in its 8th year. Listen to Michelle. Listen to her discuss how the Camden Fringe came into existence, why you should never accept first price when it comes to West End tickets and how more and more venues are using popular culture to attract new audiences.

READ / LISTEN TO OUR INTERVIEW WITH MICHELLE!

This episode features Dawn Reid, who is Deputy Artistic Director of the Theatre Royal Stratford East. Hear her speak about how important it is for venues to work with their local communities, why audiences need to feel like they can be themselves at the theatre, and why the Theatre Royal Stratford East allows people to use Twitter during performances in some sections of the auditorium.

READ / LISTEN TO OUR INTERVIEW WITH DAWN!

We were able to speak to David Jubb, who is the Artistic Director of the Battersea Arts Centre. He discusses, amongst other things, why you should never believe anyone who tries to tell you “what theatre is”, what the BAC’s vision for the future of theatre is, and why you should talk to your MP about your local venue.

READ / LISTEN TO OUR INTERVIEW WITH DAVID!

This week, we were able to speak to Daniel Goldman, founder of Tangram Theatre company and organiser of the CASA Latin American Theatre festival, which takes place in London and hosts leading companies from South and Central America in their native language.

READ / LISTEN TO OUR INTERVIEW WITH DANIEL!

Sticking with our theme of interviewing a whole host of different people, this week we are delighted to publish an interview with Miriam O’Keeffe, the Director of the BBC Performing Arts Fund. This year, the Fund has launched a series of schemes with a focus on theatre.

READ / LISTEN TO OUR INTERVIEW WITH MIRIAM!

With all due respect, Tom Copley, a London-wide London Assembly Member for the Labour Group in City Hall, is not really a ‘leading theatre practitioner’! However, Tom is running a GLA investigation into the challenges faced by small theatres in London and has a strong personal interest in theatre. He tells us about it in this episode!

READ / LISTEN TO OUR INTERVIEW WITH TOM!

Marianne is an Assistant Producer for the National Theatre. The publically funded NT has been behind some of the best and most exciting productions that we have ever seen, and has been mentioned in every other interview so far this season. Now it’s time to hear from them directly!

READ / LISTEN TO OUR INTERVIEW WITH MARIANNE!

Jasmine is the Artistic Director of the Blue Elephant Theatre in Camberwell, one of our favourite Off West End venues and one of London’s best kept secrets. With a firm belief in the idea that participation and programming go hand-in-hand, Jasmine is brilliantly placed to tell us how and why people should get involved in theatre.

READ / LISTEN TO OUR INTERVIEW WITH JASMINE!

Paterson is a recognisable face from TV (he was Alan Johnson in The Peep Show!), but more importantly he is a giant of the stage. He’s worked for the RSC and the National among other prestigious institutions. In this interview, hear him tell us why theatre matters in this country, and why it’s one of our basic human needs.

READ / LISTEN TO OUR INTERVIEW WITH PATERSON!

Blanche is an award-winning director. She’s officially the next big name in theatre, having picked up the illustrious award for Most Promising Newcomer at the 2011 Critics’ Circle Awards. Hear her talk about why theatre is so exhilarating, and find out what her top tips are for people on a budget (amongst other things of course!).

READ / LISTEN TO OUR INTERVIEW WITH BLANCHE!