Who doesn’t love puppets? Sooty and Sweep, Punch and Judy… Even the Thunderbirds! Check out our reviews of productions which include our animated friends in this section.

The Red Balloon, The Space – Review 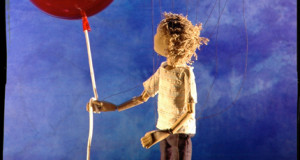 Stringed puppets and fine music tell a wondrous story of a small boy’s friendship with a magical balloon. Adults and children alike will enjoy this piece for its simple beauty and playful innocence.

END_OF_DOCUMENT_TOKEN_TO_BE_REPLACED 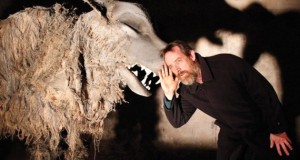 Go for the wolves, stay for the goats.

END_OF_DOCUMENT_TOKEN_TO_BE_REPLACED 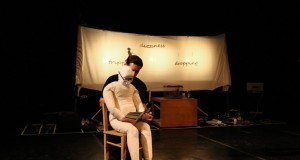 A touching glimpse into the world of a man developing Motor Neurone Disease and finding a new resolve to live life to the full.

END_OF_DOCUMENT_TOKEN_TO_BE_REPLACED 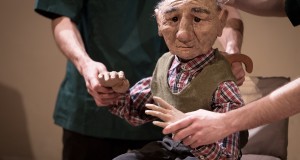 A short piece of sharp physical theatre and compelling puppetry that explores a mental health issue of growing importance, but doesn't do all it sets out to.

END_OF_DOCUMENT_TOKEN_TO_BE_REPLACED 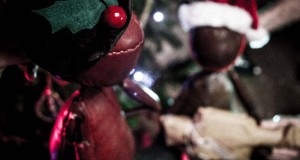 This adult puppet show is an hour of comedy gold.

END_OF_DOCUMENT_TOKEN_TO_BE_REPLACED

Presented by Smoking Apples Theatre & Little Cauliflower Theatre Company ★★★★ Pros: Extraordinary puppetry creates a real affection for Ted and I followed his story with interest and emotion. Cons: Some slight prop mishaps disrupted the magic temporarily. Our Verdict: A refreshing and un-judgmental look at disability and the effect it has on someone’s life. Courtesy of Smoking Apples Theatre Within a maze of streets behind Marylebone station is The Cockpit Theatre. The entrance reminds me slightly of a school ...

END_OF_DOCUMENT_TOKEN_TO_BE_REPLACED

Beccy Smith Directed by Darren East ★★★ Pros: Intimate setting, the original musical compositions and the beautiful, magical moments the show created. Cons: The performance was somewhat ephemeral, and both the narrative and the characters could have been stronger. In this instance, less might have been more. Our Verdict: A piece with great potential that needs further development in order to be truly immersive and captivating. Credit: TouchedTheatre Blue is an interactive mystery show that allows a small audience to ...

END_OF_DOCUMENT_TOKEN_TO_BE_REPLACED

Michael Morpurgo, adapted by Nick Stafford Directed by Marianne Elliot and Tom Morris ★★★★★ Pros: A stunning play packed with emotion, talent and humanity. Cons: The ending moment perhaps lacked some of the emotion it had been built up to produce. Our Verdict: The play that theatre has been waiting for. Simply breathtaking. Credit: Brinkhoff/Mögenburg Michael Morpurgo wrote War Horse with the intention of telling the story of the First World War through the eyes of a horse, so that ...