Immersive theatre is possibly the newest genre, it covers all theatre where the audience is much more part of the performance; no sitting in the dark watching here, instead you’ll need to be ready to get your hands a little dirty 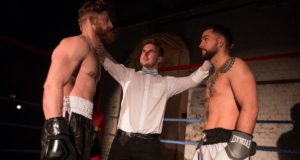 Exit Productions is an interactive events company specialising in agency and involvement.   Their latest offering at The Vaults – ‘Fight Night’ – focuses on a boxing match and the build up immediately before the fight.  After assembling in the graffiti tunnel the evening’s audience were escorted to the ‘secret’ and rather chilly location nearby.  We were then split into two camps, using our North v South London affiliations. On this occasion the really uneven split meant that some people had ...

END_OF_DOCUMENT_TOKEN_TO_BE_REPLACED 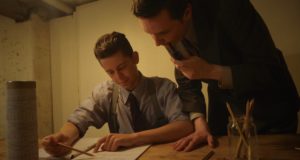 Pros: The unique format, which combines gaming and immersive theatre, gives everyone a chance to get stuck in and kick some Nazi arse. Cons: This is not the kind of immersive theatre where you can just hang back and tag along, so if you’re not up for getting actively involved, this one’s not for you. During the Second World War, Bletchley Park was the home of the UK code breakers, the most famous of whom was computer pioneer Alan Turing. ...

END_OF_DOCUMENT_TOKEN_TO_BE_REPLACED 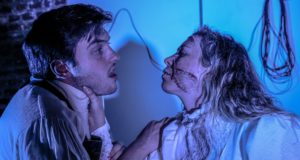 Pros: An atmospheric venue Cons: Overly long and complicated I wanted to love this show. An immersive, feminist interpretation of Mary Shelley’s Frankenstein, set in a 15th century Tudor House and former squat in Hackney? Sounds awesome. Unfortunately, Tea Break Theatre have set themselves a challenging brief, and don’t manage to live up to the enticing premise. The venue, Sutton House on Homerton High Street, is fascinating. Original Tudor oak panels share wall space with anarchist murals painted by activists who ...

END_OF_DOCUMENT_TOKEN_TO_BE_REPLACED

War with the Newts, The Bunker – Review 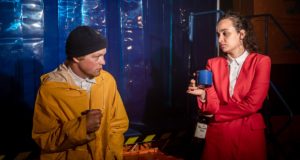 Pro’s: A bright young cast with a concept that dares to be different. Con’s: The promise of an immersive experience never quite materialises in the true sense of the word. Southwark Street is fast becoming South London’s answer to the North’s Upper Street. The Bunker, Menier Chocolate Factory and Katzpace, three fringe theatres all located within a five minute walk of each other. Tonight The Bunker certainly lived up to its name, situated at the end of a long ramp ...

END_OF_DOCUMENT_TOKEN_TO_BE_REPLACED 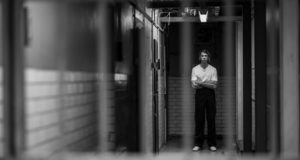 An ambitious and historically vital multimedia play that deals with the micro and macro effects of being a gay man in 1954 and beyond.

END_OF_DOCUMENT_TOKEN_TO_BE_REPLACED 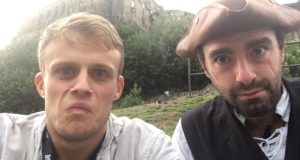 Pros: A great combination of theatre and history. Cons: More polished storytelling required. When it comes down to walking tours I consider myself an expert – this is my favourite way to get to know a city. That’s why I was very excited to join The Cloak and Dagger Show, a first-time Fringe act with a well-established older sibling in London. The company’s mission is to share with their audience the surviving stories from the Jacobean period that revolve around ...

END_OF_DOCUMENT_TOKEN_TO_BE_REPLACED 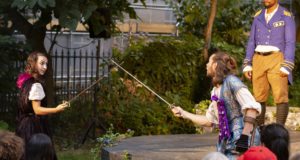 Pros: The characters, the cast, the venue… do I need to go on? Cons: There are no loos on site, so don’t overdo it on the interval drinks! Iris Theatre’s shows at Saint Paul’s Church in Covent Garden, also affectionately known as the Actor’s Church, are one of those fixtures of the summer theatre calendar. After a foray into darker realms last year with Macbeth, the company is back on familiar, family-friendly ground with The Three Musketeers. This adaptation by ...

END_OF_DOCUMENT_TOKEN_TO_BE_REPLACED

Pros: An immersive theatre show in which you get to challenge the actors in your quest to reveal the truth Cons: The cramped library setting sometimes makes it hard to witness all the events It’s 1962, and Kensington Central Library is host to a sparsely-attended lecture on Cuban music – coinciding with the Cuban missile crisis, during which the world came as close as it has ever been to all-out nuclear war. A man is found murdered shortly after the ...

END_OF_DOCUMENT_TOKEN_TO_BE_REPLACED

Sounds and Sorcery, The Vaults – Review

Pros: A total treat for eyes and ears. Cons: Given the show’s steep price tag and focus on the music of Fantasia, I wish the sound had worked better. Those of us who grew up with a VHS tape of Disney’s Fantasia in the family film collection are likely to have vague memories of psychedelic colours, fairies dancing to swirling music and the harrowing tale of the sorcerer’s apprentice, which tells the sorry story of young Mickey Mouse daring to ...