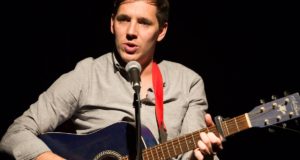 Pros: Excellent songs, use of sound clips and lights make this play stand out. Kane Power is a confident performer who balances the light and shade of the piece. Cons: As the volume is turned up to 11, the lights are flashing and Kane’s mother leaves upsetting voicemail messages, sensitive viewers may struggle to watch. Early on in Mental, there’s a disclosure from the man behind it: ‘This show will fail – how can I capture my mum’s experience?’. Kane ...

END_OF_DOCUMENT_TOKEN_TO_BE_REPLACED 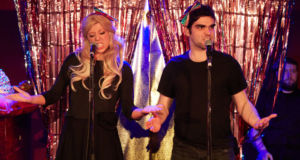 A riotously fun crowd-pleaser which wraps glitter and fluff around an intelligent and utterly convincing message.

END_OF_DOCUMENT_TOKEN_TO_BE_REPLACED 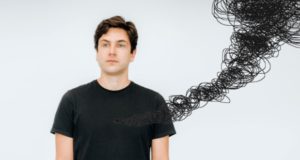 An admirable OCD awareness agenda and an enthusiastic team is hampered by a guest acting challenge and a patchy story.

END_OF_DOCUMENT_TOKEN_TO_BE_REPLACED 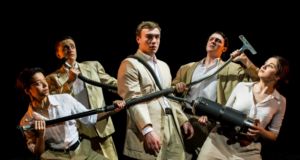 Pros: A perfectly executed adaptation of Graham Greene’s novel, with endlessly inventive choreography and the best use of a vacuum cleaner you’ll ever see on stage. Cons: None – it’s a solid all-rounder. Have you ever seen a vacuum cleaner become a coat stand, a bar, a phone and a dog? All these are possible, and many more transformations too, in Our Man in Havana, by Spies Like Us. Here, the household prop, which is sold by a vacuum salesman ...

END_OF_DOCUMENT_TOKEN_TO_BE_REPLACED

Dates – at the Speed of Sound, Summerhall – Review 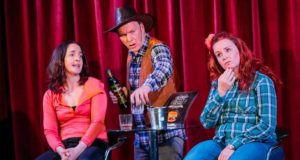 Pros: Quirky characterisation of four daters, and fair scrutiny of the modern dating scene. Cons: Audience numbers and logistics affect the speed dating process, which feels slightly disjointed from the plays. The Finnish connection isn’t obvious, either. This show belongs to the Start to Finnish events programme, celebrating Finland’s culture in honour of 100 years of Finnish independence. However, it’s hard to see traces of Finland in the script of these two interconnected plays, except in references to one character’s love ...

END_OF_DOCUMENT_TOKEN_TO_BE_REPLACED 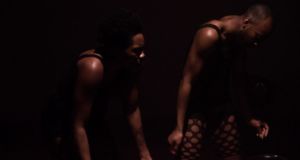 Pros: Great music and sound, riveting movement, a lot of vitamin C Cons: More guidance about context before the show would have enhanced the experience. We filed into the space as two performers (one male, one female) danced beside each other to the kind of insistent Dancehall beat that tempts surreptitious chair-dancing. Both were dressed the same, in clothes that hid nothing: fishnet body stockings, matching trainers, tiny nipple shields. Naked equals. The atmosphere was intimate but inward-looking, devoid of ...

END_OF_DOCUMENT_TOKEN_TO_BE_REPLACED

The Man on the Moor, Underbelly Cowgate – Review 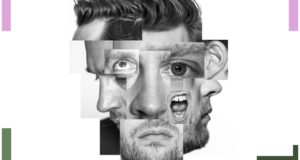 Affecting and lyrical story of families existing in the wake of a loved one’s disappearance.

END_OF_DOCUMENT_TOKEN_TO_BE_REPLACED 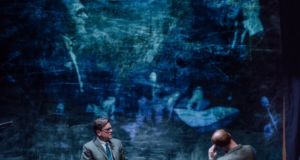 An agile, clever - but occasionally unbalanced - journey to the centre of human nature.

END_OF_DOCUMENT_TOKEN_TO_BE_REPLACED 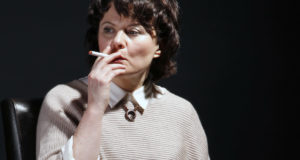 Pros: Dolan holds the audience in the palm of her hand, with a monologue that never loses pace or relevance. Cons: The plot may be too far-fetched for more sceptical audience members. Monica Dolan confirms she is still one of Britain’s most versatile actors (best known for roles in Witness for the Prosecution, W1A and Appropriate Adult), but also shows her writing talent in this timely piece. Dolan takes on the self-written role of a psychotherapist tackling a high-profile case ...