We love a good discussion, and we want you to be involved in them. That’s what our opinion pieces are all about. However, we do play by a specific set of rules. We’re not into factional criticism or unprovoked ranting. Instead, we’re going for positive opinions or very broad concerns; we’ll never single out individual people, companies or venues for criticism. This is our very loose editorial code. 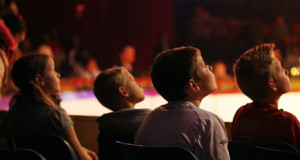 Everything Theatre blogger Rachel Proctor gives her opinion on the treatment of younger people in theatre audiences, concluding that a little more consideration wouldn't go amiss...

END_OF_DOCUMENT_TOKEN_TO_BE_REPLACED

Our beginners’ guide to the London theatre scene! 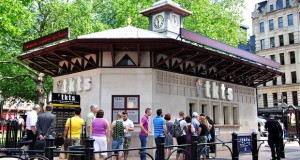 A quick overview of London theatre, suitable for tourists, city-breakers and those less well acquainted with London's theatrical offerings!

END_OF_DOCUMENT_TOKEN_TO_BE_REPLACED

Roll out the red carpet and put the champagne on ice: nominations are open for the WhatsOnStage Awards 2013! James Hodgson looks back over the year and gives his opinions on the best of 2012.

END_OF_DOCUMENT_TOKEN_TO_BE_REPLACED

Everything Theatre's James Hodgson argues that the success of One Man, Two Guvnors is a triumph for the National Theatre, the West End and the Arts.