Chekhov’s gun principle states that every element in a story must be necessary; everything else should be removed. I mention this as it’s brought up by Greg (Will Pattle) when his partner-in-crime Zeek (Chicho Tche) pulls out a gun. According to Chekhov this means the gun has to be used before they finish. The scene just doesn’t fit right (and Greg is a little too slow-witted to know Chekhov), but it does have purpose: it is needed for the second half to make sense, when they seem to intentionally ignore the principle. Deliberate or not, I wish they’d followed&hellip;

What begins with so much promise is destroyed by a needlessly dragged out second half, losing itself in its own attempts to be oh so clever.

Chekhov’s gun principle states that every element in a story must be necessary; everything else should be removed. I mention this as it’s brought up by Greg (Will Pattle) when his partner-in-crime Zeek (Chicho Tche) pulls out a gun. According to Chekhov this means the gun has to be used before they finish. The scene just doesn’t fit right (and Greg is a little too slow-witted to know Chekhov), but it does have purpose: it is needed for the second half to make sense, when they seem to intentionally ignore the principle. Deliberate or not, I wish they’d followed Chekov’s advice and cut out whole scenes to tighten up a second half which ultimately left me bored and frustrated.

The aforementioned Zeek and Greg are in the midst of a burglary. But things don’t quite add up. Why has Zeek asked Greg to help when they haven’t been in touch for over a year? What’s behind that locked door? And why has Zeek brought that gun if it isn’t going to be needed? I’m hooked, I’m invested in their story, I want to know so much more.

Besides the promising plot development, it’s lovely to watch a streamed play live. Especially one that looks just like theatre, by which I mean you can see it’s happening on stage. You can even see the bare stage around the room’s borders. The chemistry between Tche and Pattle feels genuine, falling into brotherly banter with ease. Everything is great, right up until what you’re led to believe will be the big reveal, the locked door, that moment that will flip the play on its head, hurtling us towards the conclusion. As a reviewer, I’m already wondering how I address the reveal without it being a spoiler.

Then boom, it all goes very disappointingly wrong. The discovery of a woman tied and gagged in the locked room comes and goes, the shocking revelation almost immediately cast aside. It’s here that Chekhov’s gun principle comes back to the fore, when you realise the door is a red herring, like so many other elements; thrown in to confuse; to be irrelevant; a two-finger salute to Chekhov. Oh yes all very clever, except that in doing so they create a second half that drags on endlessly as it twists and turns inside out, false ending after false ending. Clever yes, but quite frankly, it gets boring very quickly.

Maybe the most offending example is a silent movie-esque scene as Greg and the cleaner spend minutes not noticing each other, even though they are in the same room. It’s utterly irrelevant, and at odds with the more serious feel of the play. Again, you have to assume it’s there as a counter to the principle; a “look at me, aren’t I clever?” No, you are not.

Then of course we come back to that girl in the locked room. She is mentioned, then almost forgotten. It’s a ploy to distract, to send us down the wrong path as the real story unfolds. Except that it’s not the only twist. We are subjected to false turns everywhere that result in the ending coming way later than we’d wish.

The first half of The Removal Service is worthy of four stars, it’s interesting, promising so much. But come the thankful end, it’s clear Chekhov’s gun principle makes sense, that it really should have been better followed. Maybe then I wouldn’t have felt so cheated out of a much better play.

Written by: Will Pattle and Alice Briganti
Directed by: Luke Adamson
Produced by: OVO on behalf of The Maltings Theatre

The Removal Service was streamed live, and a recorded version is now available to stream via The Maltings Theatre website below until 27 March. Tickets are just £5 plus 25 pence booking fee. 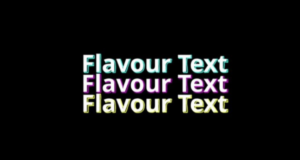