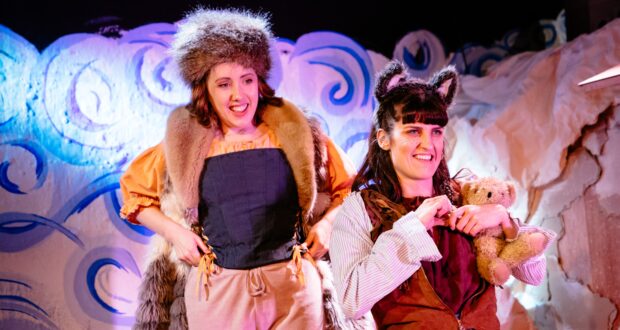 Panto’s back… and this time it’s digital! Theatre503 keeps the magic of panto alive with livestreamed, interactive performances of its hit Christmas show.

At the time of writing, we’re keeping our fingers crossed that we’ll be allowed back into theatres in December. But obviously for many it’s a little too late to get new shows, especially those all-important panto’s, on the stage ready for a live audience. But never fear, even if we can’t physically sit in a theatre space shouting “he’s behind you” or laughing at some very questionable innuendo, many theatres are doing their best to take their panto’s online. And one of those, and always a personal favourite of us here at Everything Theatre, is Theatre503, who are offering us the chance to take part in their interactive panto, The Fairytale Revolution: Wendy’s Awfully Big Adventure.

Peter Pan and Lost Boyz might be up for another adventure… but the world needs a new hero. Wendy’s had enough of cleaning up everyone else’s mess and wants to take her story into her own hands. She teams up with Captain Hook, who actually hates being a pirate, and sets out on a daring quest to change both their fates. But you can’t just overhaul a few centuries of tradition (oh yes you can!) without upsetting the all-powerful Narrator who will stop at nothing to keep things as they are.

The eagle-eyed amongst you may recognise this as the same panto that was on their stage last year, which we described then as “A laugh out loud panto that brings out the kid in all of us and shows you don’t need the boys to lead the way.” and “any young girls watching might leave thinking fairytales don’t always mean they have to be the damsel in distress, but perhaps can be the one waving the sword” (You can read our full review here. Don’t worry, no spoliers are included.)

But never fear that this is just a repeat of last year’s show, Anna Spearpoint and Louise Beresford, the team behind this fun filled offering, have adapted and embraced strange socially distanced times, and reimagined the pantomime, revelling in the opportunities of livestreaming and exploring opportunities for interaction with audiences in their own homes.

Playing between 19 and 23 December, all shows are at 4pm except 21 December, when it will be a later 7pm start. So, if you are wondering what to do with the kids in that strange time between the school’s breaking up and Christmas, this really is a show we can’t recommend enough.

More information and booking details can be found at Theatre503’s website. 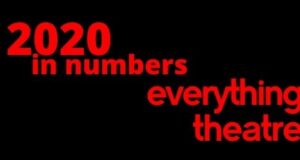 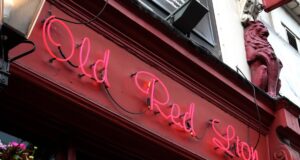