Home » News » News: BAC’s How to Make a Monster heading to BBC4 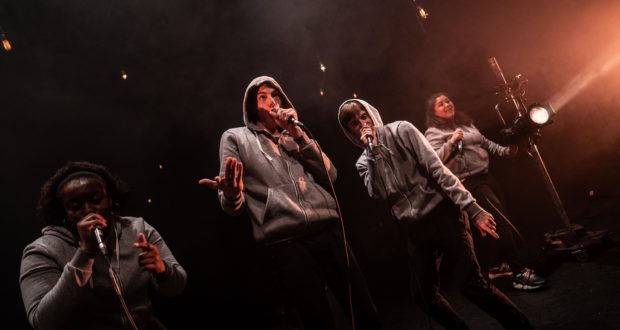 Like many others, we absolutely adored Frankenstein: How to Make a Monster when we first saw it at Battersea Arts Centre last year. The show not only showcased the incredible talents being nurtured by BAC’s Beatbox Academy but also provided a great rethinking of the classic horror story. At the time we described the show as demonstrating “what can be done with a bunch of kids, a little imagination and the support of a place like BAC”. (see our full review here)

The show went on to astonish audiences at the Edinburgh Fringe, topping many critics lists of best shows. And if that wasn’t enough, it then headed to the other side of the world in Australia to perform at 2020’s Adelaide Festival.

And now, everyone has the chance to see what it was that enthralled all those audiences, as a reworked version of the show, made specifically for TV, is scheduled to be broadcast on BBC4 next Sunday 25 October. It isn’t on until 11pm, but if that is too late, you can catch it afterwards via BBC’s iplayer.

We really cannot recommend this enough. You’ll be able to find it on iplayrer at https://www.bbc.co.uk/programmes/m000nwrj following its broadcast next week.

Previous: Review: In Bad Taste, live stream from The Space
Next: Interview: Something spooky is heading to Stanley Halls