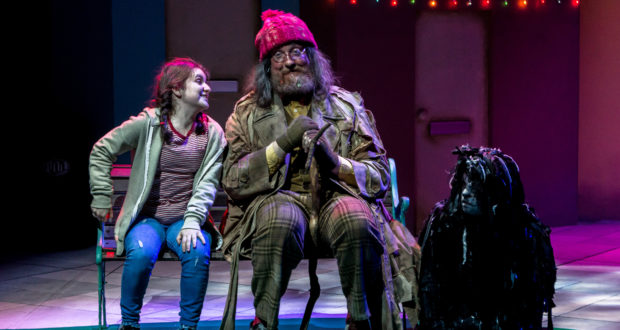 With theatre access and diversity issues continually in the headlines lately, it’s worth remembering Chickenshed has been blazing a trail for inclusiveness for over forty years now. As well as championing the under-represented on stage, they have clearly learned a thing or two about creating crowd pleasing work over that time too.&nbsp; Mr Stink, first seen last year and now returning as a slightly slimmed down touring production, is an uncomplicated affair perhaps, but, by gosh, it is a gloriously crafted one. Families with kids of all ages (that means gran and grandad too) should flock to it. Despite&hellip;

Brimful of colour, movement, music and talent, Mr Stink's UK tour makes for a delightful night out for the whole family.

With theatre access and diversity issues continually in the headlines lately, it’s worth remembering Chickenshed has been blazing a trail for inclusiveness for over forty years now. As well as championing the under-represented on stage, they have clearly learned a thing or two about creating crowd pleasing work over that time too.  Mr Stink, first seen last year and now returning as a slightly slimmed down touring production, is an uncomplicated affair perhaps, but, by gosh, it is a gloriously crafted one. Families with kids of all ages (that means gran and grandad too) should flock to it.

Despite being an adaptation of a much-loved book, it’s the visuals here that seem particularly memorable. Set and costumes (take a bow Keith Dunne) have exactly the right bright picture book quality with care clearly taken over every detail.  Rarely have primary coloured bobble hats looked so cool. The choreography by Dina Williams and movement direction of Tiia-Mari Makinen are as clever, funny and skilfully performed as anything I’ve seen on bigger West End stages.

Whether the talented ensemble are fearlessly juggling furniture, baring their fangs as vampire school teachers or counting tasty sausages as they fry, they are utterly irresistible. Goultham Rohan’s turn as shopkeeper Raj is also irresistibly bold and hilarious.   Phil Constantinou is incredibly watchable as wordless, sardonic canine Duchess the Dog.

This does slightly overshadow the work of Dave Carey (composer) and Lou Stein (who as well as penning the lyrics, adapted and directed the whole show.). However, the cast have fun with ten original, witty and tongue twisty songs. The ode to sausages that starts act two and ear-worm We Want Stink! are undoubted highlights. Orchestrations are lightweight and more reminiscent of kid’s TV (or whisper it, pantomime) than Broadway. This is understandable given the target audience but make no mistake, there is serious musical theatre talent at work.   Lucy Mae Beacock, as 12-year-old narrator Chloe Crumb, leads the way. She carries the emotional weight of the show and drives a lot of the plot forward with an incredibly assured and winning central performance.

Songs aside, the writing suffers a little due to Stein’s faithfulness to the original form. Chloe is writing the book we will eventually read as we watch. This means a lot of third person narration that explains what is going on or, worse, how characters feel. Even for younger audience, the old adage of ‘show don’t tell’ still applies.

Chloe’s politically ambitious snob of a mother (Belinda McGuirk) and laid-back former Rock God father (Ashley Driver) just need to look at each other and we understand the state of their chalk and cheese marriage. Perky over achieving sibling Annabelle (Courtney Dayes, who nails her number ‘Anabelle the Wondrous’) completes the Crumb clan.

There are knowing laughs from parents in the audience as recognisable family dynamics play out.  There’s no shying away from darker issues either. Bullying, loneliness and body image are all tackled pretty much head on. For all its humour, an underlying truth is revealed – being twelve sucks sometimes. In Chloe’s case, it is the age she realises her olders aren’t necessarily her betters and she’ll have to find her own way in the world.   This is why her unlikely friendship with the title character is so affecting.  Bradley Davis, as Mr Stink, has a welcome twinkle in his eyes throughout. He gives a delightful performance that is unhurried, centred and wonderfully warm. There was more than one audible sniffle from the audience during his emotional final scenes.

Before then of course, as is the way with children’s fiction, he joins Chloe to go on a series of outlandish escapades which culminate in a run-in with a smooth but ultimately vacuous Prime Minister (Michael Bossisse). In a delicious lesson for us all about speaking truth to power, Chloe dismisses him with – spoiler alert – a particularly rude word.  Talking of politics, there is, of course, a moral to take home. We learn everyone is unique and has the right to be heard. It is true whether you’re a twelve-year-old girl or a smelly old homeless man.

David Walliams donated the rights to Mr Stink to Chickenshed because he understands the value of their work. They open their doors wide, according to his programme notes, and welcome in those who may not be accepted elsewhere. In a safe and loving place, he believes real life affirming magic can occur.  He’s right, of course. Chickenshed is an important organisation for these troubled times. Above and beyond charming audiences, which it does with bells on, Mr Stink’s UK tour provides joyful evidence that an inclusive philosophy brings unique and special rewards.  We should all take note.

Previous: The Unholy Marriage of Slice and Sweetly – St Matthews Church – Review
Next: Games For Lovers, The Vaults – Review 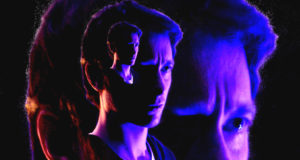 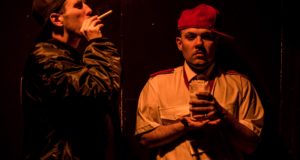 No Milk For The Foxes, Online – Review