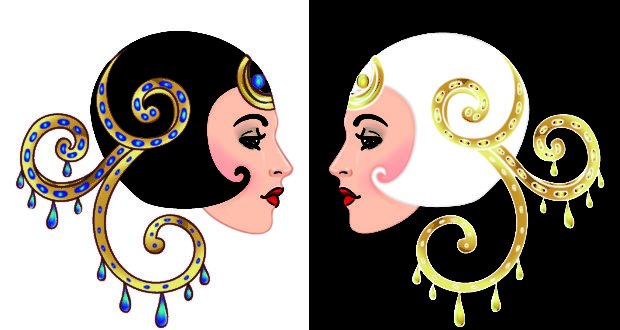 The works of William Shakespeare have endured long past the Elizabethan times in which they were written – and troupes have fittingly translated the Bard’s plays to settings that better match modern times. The latest production to try out a new spin on Shakespeare is by the theatre company OVO, whose upcoming production of Twelfth Night at The Rose Playhouse resituates Shakespeare’s classic comedy in the 1920s. In this guest blog, director Adam Nichols explains more about the production’s time shift and why the Roaring Twenties are a fitting backdrop for the Bard’s raucous tale.

So wrote F Scott Fitzgerald in his essay “Echoes of the Jazz Age”. In his fiction, Fitzgerald seductively captured the Roaring Twenties – hedonistic, glamorous and decadent, with a dazzling sense of wildness and fun.

Immediately, theatregoers familiar with Twelfth Night might be able to start making connections between this period and the play. However, for OVO it is never enough to impose a theme on a Shakespeare play for purely aesthetic reasons. Theme and setting have to emerge from the characters, their situations and the words they speak. Most importantly, the theme must enhance the audience’s understanding of the beautiful text that this amazing playwright has already given us to work with.

We’ve chosen to locate this production of Twelfth Night in the 1920s because we believe the setting reflects and enhances three of the play’s key themes.

In the Elizabethan period, ‘Twelfth Night’ was the climax of the festive season. It was celebrated with music, elaborate fancy-dress masked balls, misrule and general revelry – including parties during which whoever found the bean baked into a special cake would be declared ‘Lord of Misrule’ for the night.

With its dramatisation of the antagonism between the alcoholic and gluttonous Toby Belch and the puritanical Malvolio (whom we’ve renamed “Malvolia”), who longs to discipline Belch, Twelfth Night is very much a play about the social implications of festivity.

The Roaring Twenties were a time of jubilation and indulgence. For the “bright young things” from the aristocracy and wealthier classes, life had never been better. Nightclubs, jazz clubs and cocktail bars flourished in the cities. Many drugs were still legal and widely used – especially cocaine – and snorting laughing gas was a popular party game.

The antics of London’s bright young things were enjoyed and scorned in equal measure. And the more artistic – Cecil Beaton, Evelyn Waugh and Nancy Mitford among them – saw their work popularise the characters and attitudes of the era.

This pleasure-seeking lifestyle was perhaps, for some, an escape from reality. This generation had largely missed the war, being too young to fight. There was a sense of guilt that they had escaped the horrors of war, and a corresponding need to enjoy life to the fullest.

With the emergence of the motion picture, new trends could reach more people faster than ever before. The movies, the film stars and the cinemas themselves combined to offer audiences a glimpse of a glamorous lifestyle and the suggestion that they might achieve it, fuelling demand for cosmetics, clothes, cigarettes – and foreign travel.

Previously, only the very wealthy could afford to travel the world. However, in the 1920s, ocean liners became a method of mass transportation, providing comfortable, reliable transport to millions of holidaymakers. Winter cruises to warmer climates became very popular, and the resulting tans of the tourists became a status symbol.

Our 1920s setting allows us to depict the hedonistic lifestyle of the main characters in ways that are easy for a modern audience to understand. And locating the play on an ocean liner underlines this theme, as well as providing the confinement of the island in the original play that is critical to the plot.

Shakespeare includes songs in many of his plays to give a deeper meaning to the dramatic action and situation. Twelfth Night is widely considered to be his most musical play, and it is the only Shakespearean drama that begins and ends with music. Shakespeare may have written the lyrics of the songs himself, but it is equally possible that he borrowed the popular songs of his day because they bore resemblance to the theme or character of the play.

Commercial radio broadcasts became commonplace by the early 1920s and offered a wide range of programming. Radios quickly became an integral part of most households. The instant availability of new music, and improvements in recording technology, helped to popularise jazz and other new styles.

Jazz was considered to be the ultimate in modernity and sophistication. It also had an undertone of rebellion and danger, thanks to its origins within the African-American community and the type of dancing it inspired. While the older generation was still doing the waltz and the foxtrot, younger people were going crazy for dances like the Charleston and the Lindy Hop. Electric lights allowed for the rise of dance halls, and the frenetic style of these dance crazes fitted perfectly with the hedonism of the period.

Live music has always been a strong element of OVO’s Shakespeare productions. We feel it is entirely appropriate to use concept-specific songs and live music in the same ways as Shakespeare did himself: evoking mood, establishing character and occasionally for ironic effect. Our use of jazz music in this production reflects the hedonism and wild abandon of many of the characters in the play. Adopting Postmodern Jukebox-style arrangements of contemporary songs reflects Shakespeare’s own use of popular music of the Elizabethan period.

Twelfth Night raises profound questions about the nature of gender and sexual identity. That Viola has disguised herself as a man, and that her disguise fools Olivia into falling in love with her, is genuinely funny.

However, on a more serious note, Viola’s transformation into Cesario, and Olivia’s impossible love for him/her, suggests that gender is something you can influence based on how you act, rather than something determined by the sexual organs you were born with. It also shows how gender switches make the characters’ sexual identities unstable. At times, Olivia seems to be attracted to Cesario because ‘he’ is such a womanly-looking man, whilst at the end of the play Orsino seems as attracted to Cesario as he is to Viola.

We often hear talk of the sexual revolution that took place in the 1960s, but few are aware of the massive changes around gender and sexuality that occurred in the 1920s.

British women had been given the power to vote in 1918, and they were becoming a force to be reckoned with in society. Many of them had entered the workforce during the Great War and were already enjoying freedoms unheard of in previous generations. Flappers came into being, enjoying drinking and smoking, going out unaccompanied and throwing away their corsets in favour of the looser, shorter underwear and dresses that allowed them the movement needed to dance to the new music of the Jazz Age.

“Gay” culture (the word most often used in contemporary accounts of the time) in Britain was much more widespread in the 1920s than most people realise. What’s remarkable is how open and widespread it was in some places. London housed a network of clubs frequented by gay men, and lesbianism was also fashionable for the first time. Among the stylish, talented lesbian stars of the era were painter Romaine Brooks and her partner, the writer Natalie Barney, along with the poet and author Radclyffe Hall.

It was also the first time that mannish styles became fashionable. Women began to dress in a more androgynous way, adopting masculine clothing, and short hair. There was a trend for women wearing tuxedos and tailored suits. Coco Chanel borrowed hers from her boyfriend along with fisherman’s sweaters and tweeds.

The majority of the women who initially embraced the androgynous style were straight and came from an elite social group, coming together through feminist activism and bohemian artistic circles. These educated women were increasingly able to get their voices heard using theatre and other media.

The 1920s setting allows us to play with – and even extend – the fluidity of gender and sexuality that is a fundamental theme of Shakespeare’s text. The cross-sex casting of Sir Toby Belch and Malvolio incorporates and reflects on some of the profound social changes that were taking place during this decade.

Ultimately, we aim to provide universally accessible and enjoyment entertainment for more casual theatregoers, whilst satisfying Shakespeare aficionados and honouring the great man’s legacy. We hope our audiences will feel we’ve done this successfully.

OVO’s Twelfth Night will play at The Rose Playhouse from 23 April – 4 May. 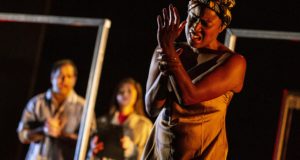