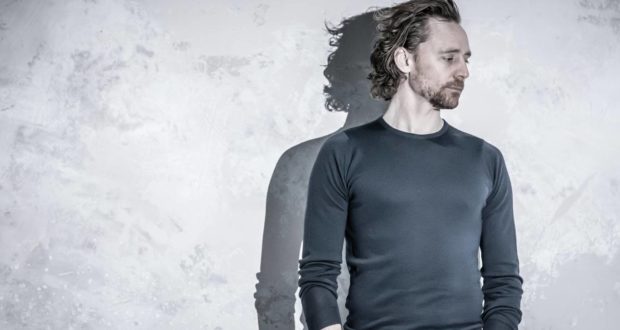 Author: Everything Theatre in Features and Interviews 25 March 2019 0 179 Views

Many of our favorite European actors got their start on the West End stage or on the BBC. But even when they ‘cross the pond’ to pursue careers in the Hollywood movie scene, many European actors do return home, often to perform theatre in their native country.

Most recently, London’s own Tom Hiddleston has traveled back to England to star in the West End production of Betrayal. He may be known in the states for playing Loki in Marvel’s Thor and Avengers series, but the actor has remained beloved in London for his theatre performances, including turns in recent years in Coriolanus at the Donmar Warehouse and Hamlet at RADA. With Hiddleston returning once again to the London stage, here are some other actors that have taken a similar career path – and who we hope to see return to their European acting roots again in the future.

Marion Cotillard is the daughter of Niseema Theillaud, an actress and drama teacher, and Jean-Claude Cotillard, a director, playwright, and actor from Breton. Cotillard was born in Paris, France, and raised in Orléans; she began acting as a child in her father’s plays and studied drama at Conservatoire d’Art Dramatique.

Marion’s first leading role was in the French film Chloé (1996), where she portrayed a young girl who ends up on the streets and eventually gets involved with prostitution. As recently as 2015, Cotillard portrayed Joan of Arc on stages across the globe in the French production of Joan of Arc At The Stake. Cotillard has remained primarily in Europe throughout her career, but she has recently done several American films, including a role opposite Brad Pitt in the film Allied by director Robert Zemeckis. She is one of only five French actors that have won an Academy Award.

London-born actor Gary Oldman has had an incredibly diverse career in television, film and theater. He’s also a talented author, musician and filmmaker. In 1986, he played Sid Vicious in the film Sid and Nancy and earned the Evening Standard Award for Best Newcomer. He also earned a BAFTA nomination for Best Actor for his role as Joe Orton in Prick Up Your Ears.

Oldman has played famous villains like Lee Harvey Oswald, Drexl Spivey, and Dracula, but he is beloved for his role as hero Sirius Black in the Harry Potter movie series. Other notable films include The Book of Eli, Dawn of the Planet of the Apes, The Dark Knight and The Dark Knight Rises. This past year, Oldman received multiple awards for his portrayal of Winston Churchill in the film Darkest Hour. While accepting his BAFTA Award in February 2018 for his performance, Oldman mentioned that he was ‘flirting with’ the idea of returning to the London theatre scene, where he’d hope to star in Terence Rattigan’s The Browning Version. We can only hope that this flirtation comes to fruition.

Kate Winslet is a British actress known for playing the rebellious heroine in everything from Shakespearean tragedies to erotica. Kate’s parents were both stage actors and her grandparents ran the Reading Repertory Theater. Her uncle, Robert Bridges, was a well-known actor in the West End theater district. She landed her first major role in the New Zealand film Heavenly Creatures (1994), in which she plays one of two teenage girls that commit a chilling murder.

Of course, Winslet is most well known as Rose from the film Titanic, which earned her an Academy Award nomination for Best Actress. Kate received four of her seven Academy Award nominations by the age of 29, and later won the award for her 2008 portrayal of a former concentration camp guard in the drama The Reader. Her acting has also earned her the Commander of the Order of the British Empire in the Queen’s 2012 Birthday Honours List. While Winslet has not acted on the West End yet – the actress said she’d like to explore stage acting once her children are a bit older – she is involved in the English theatre scene as an ambassador for the UK theatre group Cardboard Citizens.

Christoph Waltz is an Austrian actor who’s received critical acclaim for his villainous and complex performances. Born the son of a costume designer and stage builder, and the grandson of an Austrian actress, Christoph’s pursuit of acting was an unsurprising choice. As a young man, he studied acting at the Max Reinhardt Seminar in Vienna before attending film acting school at the Lee Strasberg Institute in New York City.

After studying in New York, Waltz returned to Vienna and began a stage acting career. He landed roles in numerous European TV-movies and films, but feared that his career would remain stagnant after failing to break into the United States acting circuit. It wasn’t until he appeared as Colonel Hans Landa in Tarantino’s Inglorious Bastards (2009) that his career shifted in the U.S. At the age of 54, Waltz received the Golden Globe and Acadamy Award for Best Supporting Actor for his performance. He has since starred in numerous major motion pictures and received a second Golden Globe and Academy Award for Best Supporting Actor in Tarantino’s Django Unchained (2012).

Daniel Day-Lewis is the son of U.K. Poet Laureate Nicholas Blake and actress Jill Balcon. His grandfather, Sir Michael Balcon, was the head of the prestigious Ealing Studios. Daniel took classes at the Bristol Old Vic School and made his 1971 debut in the film Sunday Bloody Sunday. After that, he acted onstage with both the Royal Shakespeare Company and the Bristol Old Vic. His notable European theater productions include Shakespeare’s Hamlet, along with The Futurists, Dracula, and Another Country.

More recently, Day-Lewis played the leading role in his wife Rebecca Miller’s film The Ballad of Jack and Rose in 2005. Day-Lewis has won a BAFTA Award for Best Actor in a Leading Role as well as a Golden Globe for Best Actor and a Screen Actors Guild Award for Outstanding Performance for his role in There Will Be Blood (2007).

London-born actress Emma Thompson attended Cambridge University, where she studied English Literature. After graduating in 1980, Thompson toured with several comedy shows and did a few stints on BBC radio. Her first television break came on the comedy program Alfresco. In 1985, she played the leading role of Sally Smith in an adaptation of Me and My Girl on the West End.

Thompson’s outstanding performance as Sally Smith opened more doors for her, and in 1987, she was cast as the lead in the BBC television show Fortunes of War. She was awarded a BAFTA for her performance in the miniseries. The actress’ career went on to blossom on both sides of the Atlantic, and she has earned both a BAFTA and an Academy Award.

These are only a handful of the European greats that have returned home throughout their careers to pursue acting opportunities. Hiddleston’s return to London’s theatre scene is part of a small wave of celebs who are also heading to West End in 2019, from Lily James and Kit Harrington to Martin Freeman and Danny Dyer. Keep your eyes fixed toward the stage, as you never know who will announce their homecoming next.