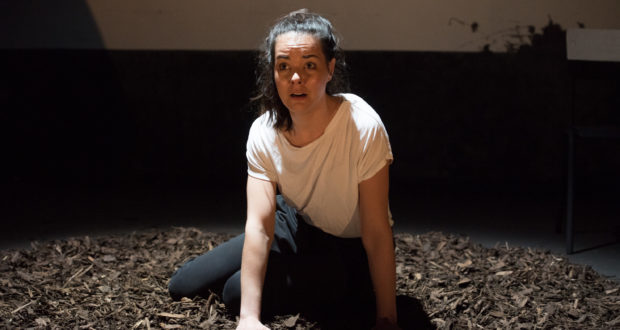 Social inequality is the theme that binds Killymuck and Box Clever together, a double bill of one woman shows at The Bunker. But there is so much else that links these shows. Both have powerful performances from their sole actor, exploring the lives of young women affected by the simple fact they were born into poverty and social inequality, and both are a mixture of laughter and seriousness as they try to present their topics in a way that will both entertain as well as educate.&nbsp; But at almost three hours long, including a short interval, these two plays&hellip;

Two well-meaning shows that have a vital message, but suffer from being in a double bill and trying to cover two many aspects of poverty and inequality in one evening.

Social inequality is the theme that binds Killymuck and Box Clever together, a double bill of one woman shows at The Bunker. But there is so much else that links these shows. Both have powerful performances from their sole actor, exploring the lives of young women affected by the simple fact they were born into poverty and social inequality, and both are a mixture of laughter and seriousness as they try to present their topics in a way that will both entertain as well as educate.  But at almost three hours long, including a short interval, these two plays should not be a double bill; both are too intense, so come the end it’s a relief rather than a pleasure.

The stronger of the two pieces, Killymuck is set in Northern Ireland. It tells the story of Niamh, a young girl growing up on a council estate, and all the disadvantages that can instantly bring.  Niamh is superbly brought to life by Aoife Lennon, whose strong Irish lilt is captivating, and whose stage presence has grown since we first reviewed this show last year in Edinburgh. She describes her upbringing, with all its difficulties, including a violent, alcoholic father, the embarrassment of having to rely on hand-me-down clothes and gifts from the Salvation Army, and of course, this being Northern Ireland, the ever-present issues of religion and sectarianism.

Between the writing of Kat Woods and Lennon’s performance, this feels the most real of the two shows, and the character of Niamh has plenty to offer, in fact maybe too much.  In trying to tackle the difficult subject of inequality, of what it is like to grow up in an environment when you are already a few steps behind the more affluent and privileged, there is simply a surplus of thoughts. We go from topics as diverse as the odds stacked in the educational system against those from poorer backgrounds, to suicide within the lower classes, without the chance to absorb it all. As much as it holds relevance, it’s all just a little too much to take in over its 75 minutes.  But saying that, the ending, as Lennon draws the show’s conclusions on the large white backdrop, does help to bring it all back together, and leaves the audience with a clearer picture to ponder during the interval.

Box Clever takes a completely different approach to being brought up poor and without good guidance. Where Killymuck feels autobiographical, Box Clever feels very much a work of fiction.  Redd Lily Roche takes the role of Marnie, a young single mother, who is staying in a women’s refuge to escape the violence of one of her ex-partners. 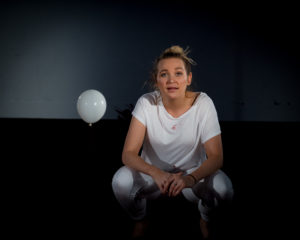 For the first 50 minutes, it’s another story of the effects of poverty, of coming from a background where everything is a struggle. It’s also, for 50 minutes, a story of domestic violence and the effects that has on someone from a council estate background. Whilst elements ring true, the portrayal of the support services feels stereotyped; pen pushers, jobsworths, faux feminists, more worried about reputation than the people they are meant to support. It might be fiction, but for a story aiming at real life it is an unfair generalisation and doesn’t help the show feel as it might be.

But after fifty minutes of this, when Marnie finds out her young daughter has been sexually abused, the story shifts wholesale to that, and it’s a shift too far this late on. The two arcs just don’t fit together. Both are worthy topics that need to be talked about, both are strongly linked in real life, but here they feel like two separate stories welded together.  The first fifty minutes are full of laughter, but in the next thirty, the laughter stops and the intensity rises.  It’s just way too intense after all that has gone before.

Both Killymuck and Box Clever have something to say, touching on important social topics that need discussion, but both feel overdone in their attempts to show how knowing they are.  And both need their own space to breath, because together they are a little too heavy to take in one after the other.