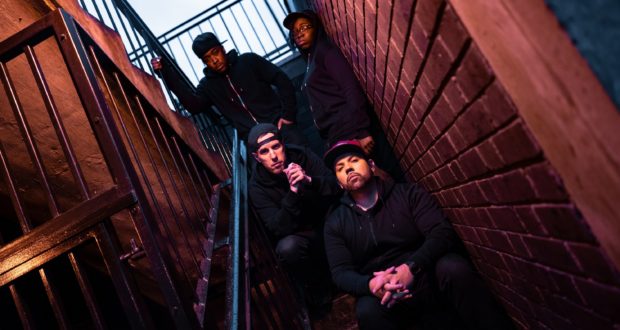 Homegrown Festival: Occupy There is an incredible buzz in the building tonight for the grand opening of Battersea Arts Centre’s Homegrown Festival: Occupy, an almost month-long takeover of this lovely old building, by under represented voices.&nbsp; There is nothing quite like the hum of so many excited and engaged youngsters to make you smile and savour the energy and joy they can generate. &nbsp;It’s almost worth going along just to sit and enjoy that feeling, but then again, whilst you are there, you really should see a show or two. So let’s take it as read that the festival&hellip;

A gritty and realistic take on the housing crisis and how it affects us all, all told through song, spoken word and beatboxing. A perfect start to a perfect festival of the under represented in this country.

There is an incredible buzz in the building tonight for the grand opening of Battersea Arts Centre’s Homegrown Festival: Occupy, an almost month-long takeover of this lovely old building, by under represented voices.  There is nothing quite like the hum of so many excited and engaged youngsters to make you smile and savour the energy and joy they can generate.  It’s almost worth going along just to sit and enjoy that feeling, but then again, whilst you are there, you really should see a show or two.

So let’s take it as read that the festival itself gets a full five stars plus some, and move on to the shows themselves. Because if you like your shows lively, different, full of wonder, then this is the place to be.  When you bring this many kids into a building nothing is going to be dull!

First up, High Rise Estate Of Mind. Hopes are high given that there is a strong link between this show and Frankenstein: How To Create A Monster, also showing in the building at the same time. In fact Conrad Murray co-directs both shows, and stars heavily in this one. And thankfully, whilst not as mind blowing as Frankenstein, it is certainly worthwhile. High Rise is a look at the housing crisis facing so many, told through song, beat boxing and spoken word.  And given that my day job is in social housing, I’m the perfect critic for this one!

The story is very much twofold. There is the fictional tale of City Heights, a dystopian tower block that represents all elements of a major city’s housing. And then interspersed with this the four strong cast tell of their own housing situation. Their stories are all too familiar, being the same that so many people face nowadays in a housing market that is all about investment and profit over actual homes to live in. Thankfully though, the two story arcs are told with a lot more humour than this might suggest.

City Heights handyman/operator Tony, played in absolute monotonous monotone by Paul Cree, is a creation who could easily have his own show, as he fulfils the wishes of the tower’s better clientele, whilst issuing mandates to those in the lower floors. Things reach absurd heights when he decrees that homicide on the lower floors is now permitted by residents of the higher levels. Then there is Doctor David (David Bonnick Junior), living in the upper floors but desperate to climb higher, even if that pushes him beyond his means. Down in the lower levels are Luke and Michelle (Conrad Murray and Lakeisha), excited by finally getting their own home, until they move in and realise that “we waited ten months for this, and it’s shit!”. It’s a perfect parody of the tiered housing situation we face, where money is now absolute king, and where social housing is harder and harder to get.

There is so much creativity present, all four performers bringing something different to the show, styles switching from scene to scene as the story unfolds.  What is clear is that this lot have musical talent in bucketloads, and if this were turned into a music gig it would be just as much a treat. The musical style and story telling feels very much in line with Mike Skinner’s The Streets’ early works that portrayed social decay but always mixed in the hope that is on show here as well tonight.

It’s part depressing in its reality, and part joyful. These are people who will find the pleasure in even the most desperate situations, using their creativity to escape, even if it’s just for the night.  And hopefully those who watch this show will leave with a better understanding and appreciation, realising that social housing shouldn’t be a dirty word. That from such places comes the creativity we are witnessing here tonight.

What a perfect start to the festival, but as I say, there is so much going on here that you can do more than the one show if you are feeling ambitious. Maybe you will have time to head on for a second one, maybe one like She’s A Good Boy…

Written by: Beats and Elements
Directed by: Conrad Murray
Produced by: Strike A Light
Box office: 020 7223 2223
Booking Link: https://www.bac.org.uk/content/45322/whats_on/whats_on/shows/high_rise_estate_of_mind
Booking until: This show is running until 30 March 2019, the festival continues until 12 April 2019.