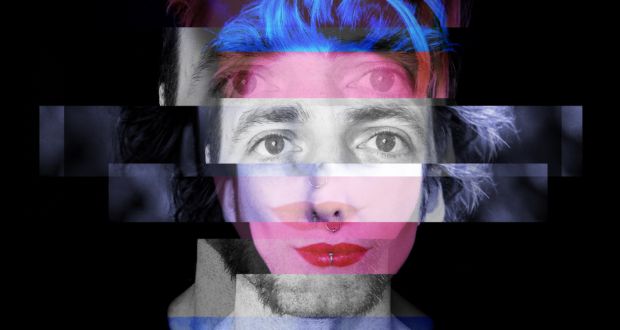 'Greyscale' at the VAULT Festival

The #MeToo era and current cultural debate around sexual misconduct has resulted in the vilification of some key power players whose behaviour clearly crossed a line. But what about when the situation is less clear-cut? Inspired by the accusations against Aziz Ansari, Greyscale at the VAULT Festival sets out to explore the “grey” areas of consent with its site-specific production. Limited to an audience of just 10 people each performance, Greyscale pits two writers’ accounts of an encounter against each other, letting the audience work out the thorny questions raised for themselves. In this guest blog, producer Leila Sykes and writer Madeline Gould share the process behind this all-too-relevant production – and how she hopes its shelf life will be short.

Greyscale grew out of thorny conversation we were having as a team on a Friday night after the theatre talk had ended. We had all read about the Aziz Ansari scandal; we had shared ‘Cat Person’. When we couldn’t stop discussing – and we definitely couldn’t agree on an opinion – we knew we needed to make a piece about it. We wanted our audience to be part of our discussions, and we didn’t have answers. We only had situations, opinions and questions, but those are exciting things to start with when making theatre. With the grey area around the Ansari scandal being in the discrepancies between his experience and that of “Grace”, we felt this was the place to start. We didn’t want to simplify our story – we wanted to mine this grey area of human experience.

For this reason, we decided to do something radical in how we developed the work. We would work with two brilliant writers on this show, but rather than let them collaborate, we would mimic the experience of Ansari and “Grace” and have them work from the same “facts” without conferring.

Here’s what one of the two writers, Madeline Gould, made of the process:

‘When I was first approached to co-write Greyscale, my creative mind went immediately down the least creative path possible. My character, Lou, would be a clear victim, painting the other character as a super-villain. Not only would Jaz (written by Joel Samuels) be a sexual predator, Jaz would be the ULTIMATE sexual predator. A rapist. A psychopath. A paedophile. Through Lou, I would seek retribution for every person who has ever been wronged.

But, actually, that isn’t very interesting, is it? The whole point of Greyscale is to take a deep look at that really tricky area of consent. The bit where there is no clear good guy or bad guy. To expose how easy it is to misunderstand, misinterpret or simply miss signals altogether, however clear we might think they are.

My co-writer, Joel, and I have not been allowed to confer. At all. We still haven’t, in fact. I have no idea what he’s written, and I won’t know until I watch the performance at VAULT Festival in a couple of weeks. I still only know my side of the story. It’s a thrilling and very true feeling.

A large part of this process for me has been about letting go of the need to put everyone in boxes: sex-pest, victim, “asking for it”, liar. Theatre isn’t the media. It’s a medium with far more room for discussion. For exploration. For debate.

Greyscale was a really difficult piece to write because Joel’s character, Jaz, isn’t a bad guy. My character, Lou, isn’t a good guy. Unable to discuss the project, Joel and I have been left to wonder what the other character is saying about ours. Is “my” Lou being slammed? Victim-blamed? Laughed about? Lusted after? When the audience meets Jaz, who will they side with?

It’s been difficult because the characters have cried out to be complex, to be identifiable, to be sympathetic.

I think Madeline has articulated here much better than I ever could the risk and jeopardy in making this piece of theatre. We are asking a lot of the audience and ourselves by responding quickly to a movement that has people at loggerheads. There are no clear answers here, no angels and villians, and we have kept questioning what narrative we wanted to tell. In the end, we realised it had to be about what the audience experienced, making this experience as intimate and unique as possible. This is how we came to the form of the show: a promenade experience in which the audience have real agency. We had no answers, so how could we stand on a stage in judgement and try to dictate the “correct” opinion?

We hope we have created a show that is unique and evolving, which probes but doesn’t preach. We know this show has a short shelf life – or we hope it does. We hope that in being part of the conversation, we can help get to the stage where shows like this don’t need to be staged – except as museum pieces.

Greyscale is currently playing at the VAULT Festival through 17 March.