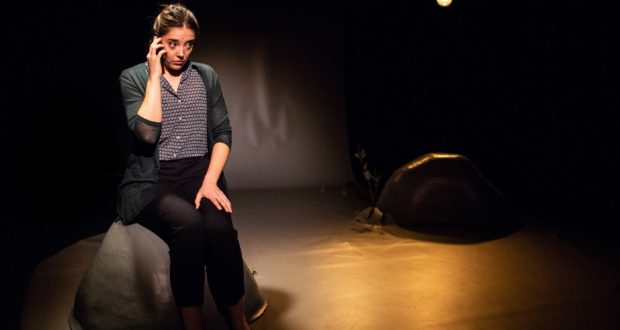 Pros: Maddie Rice’s effortless switching between characters, bodies, voices and dance routines will not be forgotten for some time.

Cons: The serious message of this show feels tagged on as an afterthought, and thus easily overlooked.
Pickle Jar, Soho Theatre Upstairs – Review

Pros: Maddie Rice’s effortless switching between characters, bodies, voices and dance routines will not be forgotten for some time. Cons: The serious message of this show feels tagged on as an afterthought, and thus easily overlooked. It’s very clear Pickle Jar is aimed at the very same audience that Maddie Rice performed to in a stage version of Fleabag. It’s young (twenty-something is young to me nowadays), predominantly female and incredibly middle class. Is there anything wrong with that? Well no, the show targets its audience and it gets it. It just makes it a little more difficult for me to&hellip;

An enjoyable show that tries to address serious topics in the #MeToo era, but it's hard to judge how well that message is received.

User Rating: Be the first one !
It’s very clear Pickle Jar is aimed at the very same audience that Maddie Rice performed to in a stage version of Fleabag. It’s young (twenty-something is young to me nowadays), predominantly female and incredibly middle class. Is there anything wrong with that? Well no, the show targets its audience and it gets it. It just makes it a little more difficult for me to really appreciate if it works or not.

Maddie Rice is Miss, English Lit school teacher and form tutor, struggling in her role as the authority figure given she is still young enough, and insecure enough, to seek approval from the very girls she teaches. Can she be their friend and their teacher? She’s obsessed with social media, constantly checking on what her friends, colleagues and even pupils in her class are posting. The problem though is that when all is said and done, she is a bit of a prude, shocked that her housemate goes out late on “school nights”.

For much of the first half of Pickle Jar that is really all you need to know. Because it’s very much Rice showcasing her range as a character actor. She slips easily from Miss, dull and frumpy in her cardigan, through a whole host of supporting characters, and this is accomplished with fantastic technical prowess in both body language as well as voice. In an instant she is the teenage girl, mocking in that lazy teen slur; then she morphs into Maddie’s housemate and best friend, sitting with legs wide open, the Irish lilt strong as she recounts her latest encounter in the smoking area of Wetherspoons. Rice inhabits every character convincingly, never faltering in the rapid changes, holding whole conversations with herself, turning one way then the other as she transforms. This performance alone makes the show an absolute delight.

On the other hand there is no real storyline to follow for that first half hour, just a showcase of Rice’s acting skills and an introduction to her many characters. As good as this is, it lacks binding. It’s a slow burner, leading at last to the big reveal, although even when introduced, it’s so subtle it doesn’t instantly sink in that this is the core of Pickle Jar. For a while it almost feels like a throwaway moment, just another representation of Miss’ dull life. The second big reveal that accompanies the first is similarly introduced, with too much subtlety and not enough noise.

There is a careful balancing act required between laughter and the serious subject the show wants to address; to make its twenty-something audience pause, think, consider and hopefully walk away questioning the core of this play more than discussing how funny it was. It’s hard for me to gauge how well it achieves that. Because I’m not twenty-something, I’m not female, I’m probably only just middle class. I’m simply not qualified to say how well this show reaches its target audience and whether it works as it clearly hopes to do.

What I can say though is that, from my perspective, Pickle Jar is a show that contains enough laughter to make it worthwhile, but the serious topic touched upon struggles to be heard above that laughter. Rice has a talent as both writer and actor, and with more consideration of the balance could have something even stronger to say.