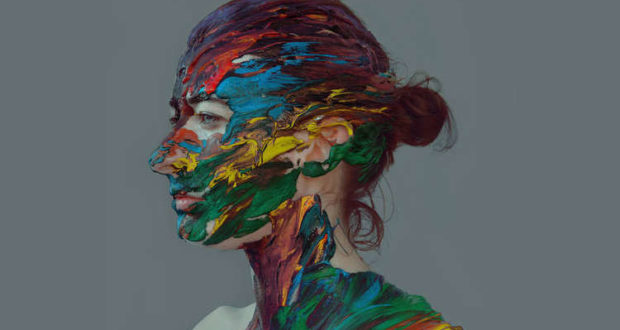 Pros: A fearless cast and crew have made the source material their own. You’ll laugh, you’ll rage, and you’ll rediscover underrated rock songs.

Pros: A fearless cast and crew have made the source material their own. You’ll laugh, you’ll rage, and you’ll rediscover underrated rock songs.   Cons: The music was painfully loud in the early scenes (even for someone who’s been to countless rock gigs). Artemisia Gentileschi was a rare female artist in male-dominated art history, and today she’s considered a feminist icon for her empowering paintings. Yet Gentileschi (pronounced ‘jent-il-leski’) was also the victim in a 1612 rape trial that lasted seven months and produced over 300 pages of court documents, drawn upon by Breach Theatre Company for this visceral&hellip;

A kick-ass tribute to Artemisia Gentileschi, the young artist whose 17th century rape trial shocked Rome. This production tells her side of the story, using serious creative energy and raw power.

User Rating: 4.8 ( 1 votes)
Artemisia Gentileschi was a rare female artist in male-dominated art history, and today she’s considered a feminist icon for her empowering paintings. Yet Gentileschi (pronounced ‘jent-il-leski’) was also the victim in a 1612 rape trial that lasted seven months and produced over 300 pages of court documents, drawn upon by Breach Theatre Company for this visceral play.

Director Billy Barrett has thrown everything at this, and it works: punk and rock songs (X-Ray Spex, Patti Smith et al.), minimalist industrial set design, and a clash of contemporary suits with voluminous period dresses (an excellent mix by Kitty Hawkins). It feels true to the past without alienating modern audiences.

Though the language has been updated, the events of the trial scarily echo those of modern court cases, which likewise operate in victim-blaming and rumour-spreading. Sophie Steer captures the right amount of bravado and intimidation in her performance as the defendant – the highly punchable painter Agostino Tassi, a friend of Gentileschi’s father. Steer also interchanges roles with the rest of the cast, Kathryn Bond and Ellice Stevens, as each transforms into interrogator, defendant or supporting character, changing their stool into a witness box or vice versa as they go.

The events are complex, but you can keep up without feeling overwhelmed. At one point, Steer and Bond become nightmarish lechers ready to attack Stevens as they enact the scene of a Gentileschi painting, Susanna and the Elders. They return to these roles later on, as depicted by a less sympathetic painter, and this time Stevens becomes a Carry-On style figure inviting a chase sequence.

Stevens, as Gentileschi and Susanna, is nude twice, but the nudity is never gratuitous – it serves to illustrate Gentileschi’s arguments and the sexism she was up against, not to mention the slander. Breach translates heavy topics, like the male gaze in art history, to relatable plot themes, injecting black comedy when appropriate, but without twisting the truth. When Gentileschi’s painted revenge peaks, you want to storm the stage and hand her the brushes.

Ultimately, even the more outlandish-sounding developments – Gentileschi’s in-court torture and physical examinations from midwives (all very The Handmaid’s Tale) – are completely true, as is the repetition of the title. Under torture, Gentileschi said “it is true” so many times that her words couldn’t be written fast enough in the records (though, whether coincidental or not, Google informs me convicted sex offender Bill Cosby has an album with a very similar title).

This production transfers to New Diorama Theatre, London, from 16 October – 10 November 2018; get your tickets now to avoid disappointment, you won’t be disappointed.

Previous: The Three Musketeers, St Paul’s Church Covent Garden – Review
Next: How I Brought Peace to the Middle East: A Tragicomedy, theSpace on the Mile (Space 1) – Review