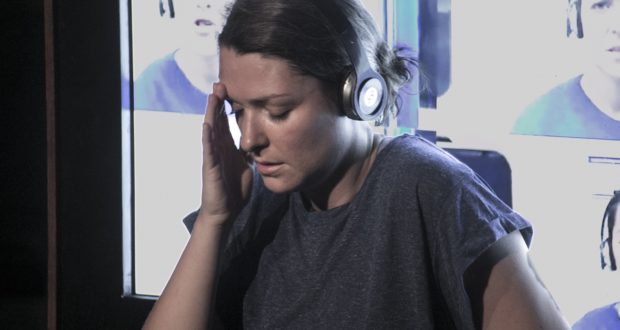 Pros: As a piece of theatre, this will entertain many.

Cons: As a piece about anxiety, it seems at times almost to send up the subject matter.
Don’t Panic! It’s Challenge Anneka, The Bunker – Review

Pros: As a piece of theatre, this will entertain many. Cons: As a piece about anxiety, it seems at times almost to send up the subject matter. Cards on the table: I suffer from anxiety. It controls my whole life in ways most people will never realise, and what people see as unsociable is in fact me avoiding anything that could heighten my anxiety. Even reviewing can trigger it. I might seem confident and relaxed, but what people don’t see is the pre-planning required even to get to the theatre; start time checked, ticket confirmation checked, route checked, all&hellip;

A show that operates on many levels: for some it will be a delight, for others, a nightmare. Sufferers of social anxiety, in particular, should approach with caution.

User Rating: Be the first one !
Cards on the table: I suffer from anxiety. It controls my whole life in ways most people will never realise, and what people see as unsociable is in fact me avoiding anything that could heighten my anxiety. Even reviewing can trigger it. I might seem confident and relaxed, but what people don’t see is the pre-planning required even to get to the theatre; start time checked, ticket confirmation checked, route checked, all double checked, triple checked to make sure nothing has changed in the preceding two minutes and, just to be sure, arriving in plenty of time because rushing triggers even more anxiety. Heaven forbid any strangers try to talk to me once I’m there! So I have to review Don’t Panic! It’s Challenge Anneka both as entertainment and as education.

As entertainment, it has much going for it. Sophie Winter is a force of nature, and playing all the roles she commands attention. As you enter you’re greeted by a completely over the top Anneka Rice (a reference which may be lost on anyone under 30). Once the show starts in earnest, we watch on TV while Holly, our anxiety sufferer, avoids phone calls from her employer and family. It’s all very clever and amusing, and allows Winter to display her range of characters. In many ways it feels like a sketch show for these various characters.

Holly describes her childhood love of 80s TV show Challenge Anneka, and very soon Anneka herself appears, revealing that this week’s challenge is to cure Holly of her anxieties. Back on the TV Anneka runs through the local streets towards the tube station, where we discover that Holly’s central anxieties are about tube travel. What follows is a mish mash of scenes, all showcasing Winter’s versatility as a comic performer. It clearly has entertainment value, but it isn’t for everyone; the style can be irritating, the chop change nature disconcerting, and the heavy reliance on the TV leaves the space feeling rather empty.

Viewing this as a piece about anxiety, my first issue is that being confronted from the get-go by a very hyperactive woman is a challenge for anyone with anxiety; mine started rising straight away. Then there is the overall treatment of anxiety. The show was developed with researchers from University College London, yet for much of the time to me it feels belittling. Of course theatre must be used to generate debate, but here we seem to have a comedy show using anxiety as its central theme rather than to raise serious questions about it. Assuming that the audience are largely unaware of the symptoms of anxiety and how debilitating it can be, I wonder how many went home laughing at anxiety rather than seeing it in a different light.

There are, thankfully, two moments that save the show, finally giving me a sense that the issue is being taken seriously. Winter describes interviewing an anxiety sufferer and his sentiment that he would rather die than deal with the panic caused by his anxiety. It rings true, the feeling that you would welcome absolutely anything to get out of that precise moment, even death; that death in fact would be a relief. Finally the audience pause in their laughter as that statement hits home. For those who really understand what she means, it can bring back some frightening memories.

And that second moment of light? That an hour cannot cure anxiety, that it is with you for life and all you can do is learn how to deal with it in your own ways. Maybe three stars is harsh, maybe my opening anxieties caused me not to appreciate the effort and skill in this show. Or maybe three stars is being generous after having my anxieties heightened in a way that was completely unnecessary. If you like manic shows, give it a go, but if you are, yourself, a sufferer, then approach with caution.