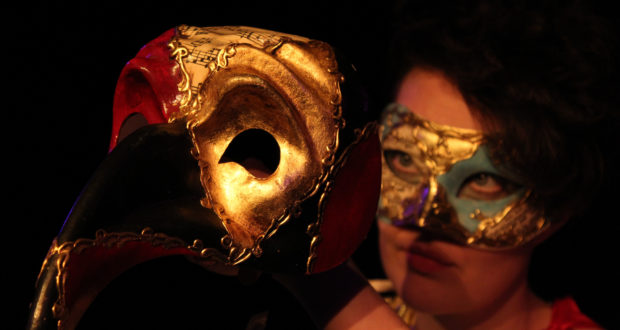 Pros: A strong and talented cast deliver on a Shakespearean favourite. Cons: The setting and staging feel disjointed and lack cohesion. The charming and welcoming Jack Studio Theatre is currently home to a storm of a production which sends the audience to an enchanted island for a Shakespearean tale of magic and revenge. The Tempest is the story of Duke Prospero, who lives in exile on an enchanted island with his daughter Miranda, sprite Ariel and beastly slave Caliban, and who has plenty of time to plot revenge on his usurpers. When a well crafted storm drives his foes&hellip;

This all-female cast shine as they navigate storms and troubled waters, with some outstanding individual performances on board.

User Rating: Be the first one !
The charming and welcoming Jack Studio Theatre is currently home to a storm of a production which sends the audience to an enchanted island for a Shakespearean tale of magic and revenge. The Tempest is the story of Duke Prospero, who lives in exile on an enchanted island with his daughter Miranda, sprite Ariel and beastly slave Caliban, and who has plenty of time to plot revenge on his usurpers. When a well crafted storm drives his foes and friends to the island, both supernatural and natural forces bring love and hate into the open.

The production gets off to a strong start as the opening storm scene is particularly well done, setting the tone and giving a sense of confusion and fear. The soon-to-be shipwrecked envoy sway in excellent unison to convey the swirling and tossing of the ship; all that’s missing is the sea spray.

On land we fare rather well too. The cast are very good. The all female adaption brings a richness, particularly with regards to the characters of Prospero and Ferdinand (Jo Bartlett and Hannah Jessop, respectively). Both are excellent, and although there are a few instances of stuttering lines, Bartlett’s Prospero is one of the best I’ve seen. Similarly wonderful is Michelle Pittoni as Miranda, who handles the naivety and wonder of Miranda with tremendous comedic skill. Her facial expressions are outstanding, and she has the audience in stitches at her horror listening to Prospero speak openly to Ferdinand about their union.

There are also strong turns from Shereener Browne as Antonio and Afsana Sayyed as Sebastian. They are a delight to watch during their commentary on Gonzalo’s proclamations, and the comedy they deliver during a failed assassination attempt is excellent.

Where the production could have been stronger is with a few elements of the staging – which is largely non-committal across the board. The costumes for each ‘chunk’ of the cast are vastly different; while this concept is smart, and works for the worlds represented (loose, flowy and rustic versus sleek, formal, black, totalitarian with eye catching and clever sashes) the drunken oafs on board the ship step off looking like late 1800s farm hands. Rather than being timeless, it all feels rather confused.

Similarly, not enough is on show with the scenery. There’s little to set the scene – a wooden chest, some books, hanging netting and some greenery alluded to on the walls with brushstrokes. A rope traces the edges of the floor. It could work if it looked more cohesive and deliberate, but it looks disjointed. The elements don’t work together. It’s too simple and doesn’t allow for a fully devolved sense of the island.

Fortunately, the acting elevats the show to a high standard. There’s singing, music, and a very strong cast keep the audience wrapped firmly in Ariel’s magic (a terrific and eerie, perhaps malevolent Carmella Brown, reminding me of Robert Carlyle’s Rumplestiltskin in Once Upon a Time). Kate Sketchley’s Caliban is a delight, and she is fantastic to watch in her hissing, gut-wrenching delivery of rage and hatred.

This Tempest delivers Shakespeare’s words as they should be performed, with the excellent twist of using an all female cast. “Oh brave new world,” exclaims Miranda; and these are exactly the people I wish to see in it.