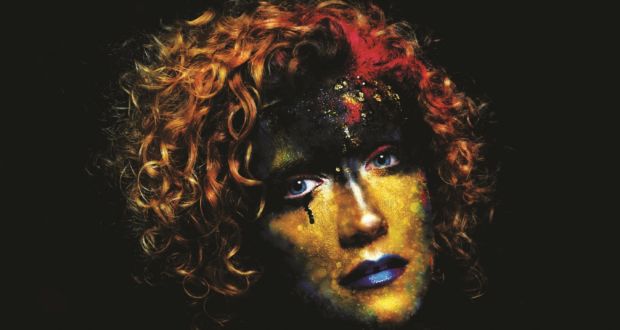 Pros: If this were a gig I would have been impressed; the three piece band can really play.

Cons: There is no real tension or emotional involvement to make you feel part of the show, and the whole style failed to connect with me.
Medea Electronica, Ovalhouse – Review

Pros: If this were a gig I would have been impressed; the three piece band can really play. Cons: There is no real tension or emotional involvement to make you feel part of the show, and the whole style failed to connect with me. Billed as part theatre, part gig, Medea Electronica felt like it should be perfect for someone who divides his time between theatre and music. The promise of a live band experience to complement one of the classic Greek tragedies. What a shame it failed to live up to such high promise. Entering the theatre you instantly realise it’s&hellip;

In its attempts to be something unique it instead feels like something half finished. This is a musical that is all music and no show.

User Rating: 2.82 ( 6 votes)
Billed as part theatre, part gig, Medea Electronica felt like it should be perfect for someone who divides his time between theatre and music. The promise of a live band experience to complement one of the classic Greek tragedies. What a shame it failed to live up to such high promise.

Entering the theatre you instantly realise it’s going to be more gig than play. The stage is set for a band; drummer, keyboards/programming, singer centre stage, speakers and equipment dotted around. As the three members of Pecho Mama walk out and take their positions, it’s tempting to cheer as you would when the headline act of a gig hits the stage. The silence here felt like that reserved for the support act, the band no one has ever heard of, but who you hope might be half decent, to pass the time until the main act.

Surely little needs to be said about the storyline. Medea, abandoned by her husband, kills their children as an act of revenge. It’s a story that has been played out in many variations, from the traditional Greek version, to modern day updates. With Medea Electronica, Pecho Mama go for a modern take, bringing the story into the 1980s, with plenty of nods towards the music of that era to stamp its timeframe.

As already mentioned, it’s more gig than theatre. That basically means they perform what is reasonably good music to tell parts of the story, whilst in between, leading lady Mella Faye acts out scenes to tie the songs together. By ‘act’ I mean she speaks to imaginary spaces devoid of any scenery or props, with the rest of the characters all pre-recorded audio clips. And this is where it hits all the wrong notes for me. I can fully appreciate the challenge of producing a show with a big cast on the budget available to small theatre groups, but I do feel this story should consist of more than one person speaking to empty space with the rest recorded. It felt empty, just like the space on stage.

Nor is it helped by the switch from music back to “theatre”. There are moments when there is a pause whilst they prepare for the next part, and instantly any tension or momentum evaporates. At a gig when the music finishes the silence is filled by cheering and applause, all of which helps keep the moment alive, not this silence as we hear the loop pedal being switched off or the crackle of a speaker. It’s a tension killer.

I love what Pecho Mama are trying to do. I applaud the effort, the craftsmanship, the musicianship. I can imagine that with a bigger budget, allowing for an actual cast, this could work as a dark musical! Because surely a musical is what this really is. It is not as unique as they try to suggest, and there are plenty of musicals with a heavier soundtrack than you find in the West End. This is a musical that hasn’t quite been finished; they have the score, now add in the play. As it is now, Medea Electronica just feels like neither play nor gig. My next theatre is going to be 100 per cent theatre, my next gig is going to be all gig. And never the twain should meet again.

Previous: Her Not Him, Theatre 503 – Review
Next: Moments & Empty Beds, Hope Theatre – Review